Food giveaway sparks ‘joy in the eyes’ of area families 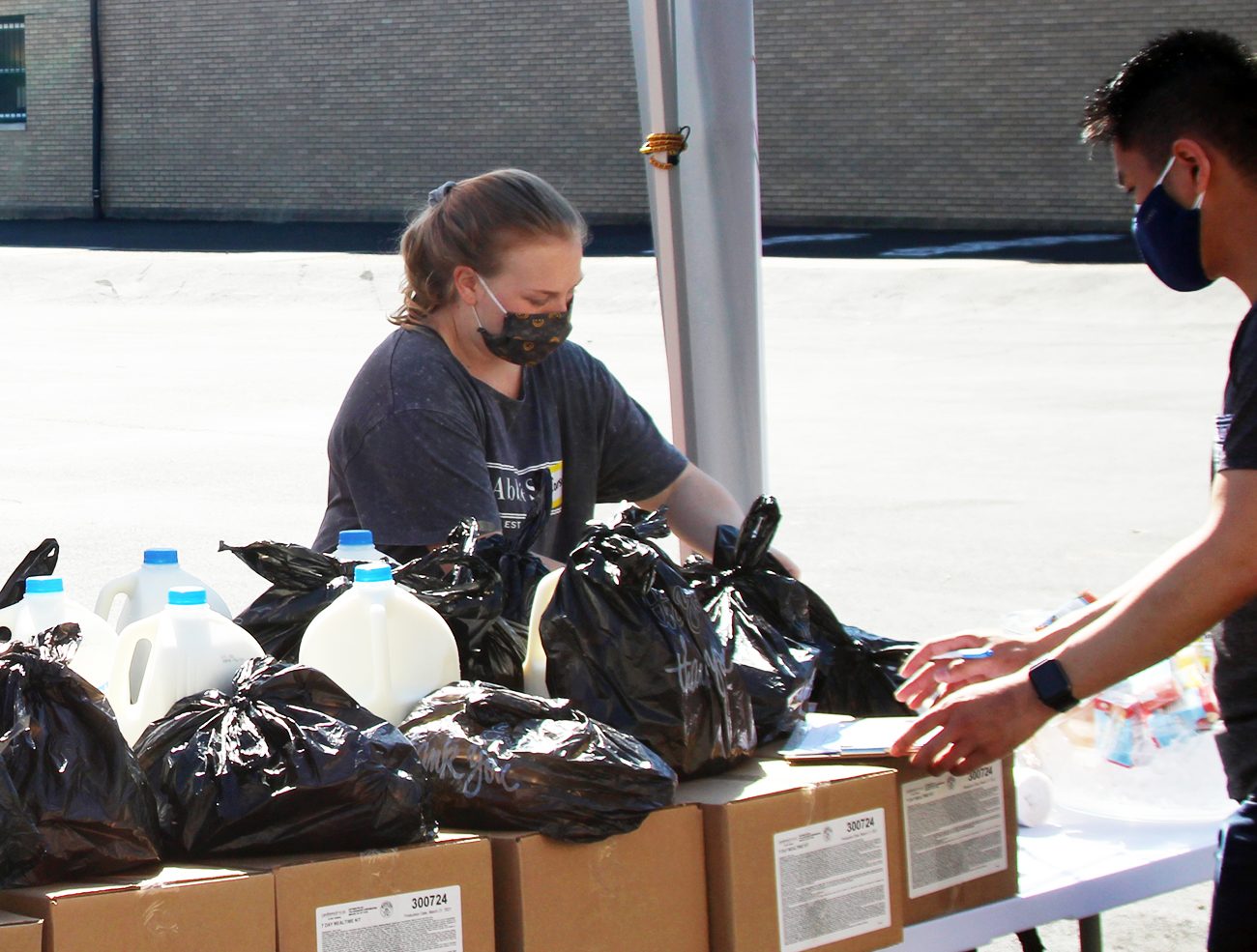 An archdiocesan food giveaway this past weekend filled dozens of cars and carts, while sparking “joy in the eyes” of area families.

The outdoor distribution, NDS’s eighth since October, added some 430 food boxes and approximately 800 children’s meals to the 4,600 and 56,000 that have been handed out so far.

Demand for such resources continues despite the latest round of stimulus checks, she said.

“It’s complex,” said Hagedorn, noting that the payments have enabled some households to scale back on accessing aid, while others continue to struggle. “We want people to know we are here for whatever their needs are, whenever their needs are.”

Located in the city’s Juniata Park section, Holy Innocents Parish is a natural fit for the agency’s efforts to develop “new modes of trying to get food to people,” she said.

“We have a lot of walkups here,” said Hagedorn, pointing out that lack of efficient transportation hinders many inner-city families from obtaining a range of available social supports.

“People come where they feel comfortable, and Father has made a connection with the community,” she said.

As at the two previous NDS events hosted by the parish, Father Higgins greeted clients individually while handing out parish bulletins and “doing a little bit of evangelization,” he said.

“Feeding the hungry is one of the corporal works of mercy,” he said. “It lets people know that the church is here for them, and we’re trying to do our best to care for them while inviting them to be part of the faith community here at Holy Innocents. It’s a win-win.”

NDS’s outreach throughout the pandemic has also attracted scores of volunteers from St. Charles Borromeo Seminary, parishes and colleges — including West Chester University (WCU). Members of that school’s Friars’ Society and Abbé Society, two nomination-based service groups, were on hand last Saturday, having partnered with NDS at a previous giveaway in Chichester.

“Just the joy in their eyes when they see the boxes being moved into their cars – you know it means the world to them,” said WCU senior Cassandra Tiburcio, president of the Abbé Society.

Born in Mexico, Tiburcio appreciated the opportunity to draw on her Spanish-speaking skills to “hear clients out on what they need.”

“As a future educator, seeing there are so many children that don’t have access to food breaks my heart,” said Hastings, a junior and Abbé Society public relations chair. “I’m happy we’re here to help.”

“We see so much division and skepticism about our government, yet we are a wealthy nation that could be united and could look out for each other,” said Lalicker. “That’s what our tax dollars and sense of community should be about, and we can enact that here by partnering with NDS and the church.”

Feeding America estimates that despite COVID-related aid, some 42 million people, including 13 million children, may be at risk of hunger.

The church can change that, said NDS board and finance committee member Thomas Goldsmith, who described that agency’s work as “amazing” while he directed traffic at the March 27 event.

“I tell everybody that if they could see what I get to see at the archdiocese, what people do … they would be so proud to be Catholic,” he said.

NEXT: Adults with autism, caregivers receive vaccines at archdiocesan clinic