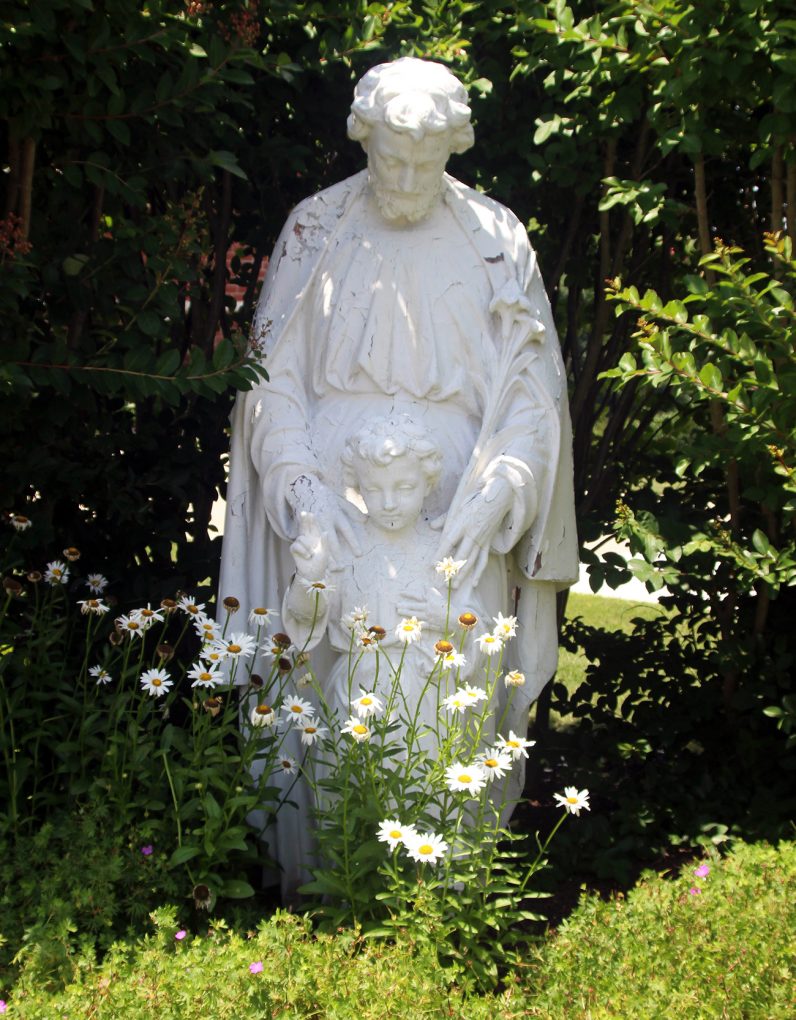 A painted terra cotta statue of St. Joseph and the child Jesus stands amid a spray of wildflowers in the prayer garden of St. Helena Parish in Blue Bell, Montgomery County.

While Catholics abstain from eating meat during the Fridays of Lent, this Friday, March 19 they are not obliged to do so because it is the solemnity of St. Joseph, according to a new directive by the Archdiocese of Philadelphia’s Office for Divine Worship.

Just as penitential practices are relieved on Sundays, solemnities are of “the highest rank of liturgical observance” and on such days “the prescribed penance of Lent is not obligatory,” said a letter from Father Dennis Gill, director of the worship office.

For that reason, “it is permissible to eat meat on St. Joseph’s Day without violating the Lenten discipline,” the letter read.

It cited as the basis for the directive the church’s canon law (no. 1251) that abstinence from meat on Fridays in Lent is relieved when a solemnity falls on a Friday.

Pope Francis has declared this the Year of St. Joseph, and in particular on his solemn feast day, “the faithful are encouraged to honor St. Joseph in some way,” the letter read.

The pope invited everyone “to increase our love for this great saint, to encourage us to implore his intercession, and to imitate his virtues and his zeal” in his apostolic letter Patris Corde (“With a Father’s Heart”) which he wrote Dec. 8, 2020 on the 150th anniversary of the proclamation of St. Joseph as the Patron of the Universal Church and declaring the year dedicated to him.

See more resources on the Year of St. Joseph from the Archdiocese of Philadelphia, here.

NEXT: St. Joseph a ‘disciple of interior life’ who speaks volumes to ‘busy world’