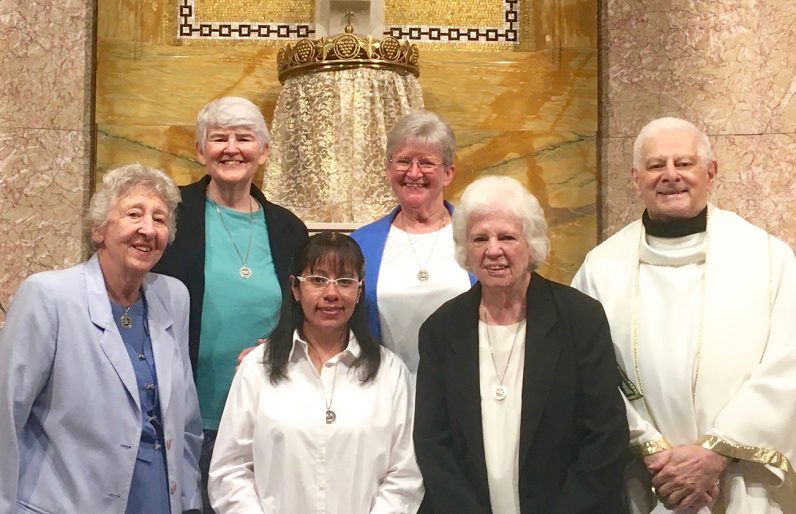 Sister Verónica Castro Nolasco, M.S.B.T., made her first profession of vows as a Missionary Servant of the Most Blessed Trinity March 25 in the Father Judge Memorial Chapel at the order’s motherhouse in Northeast Philadelphia.

As with many MSBT sisters before, she made her vows on the feast of the Annunciation.

“Just as Jesus was incarnate in the Blessed Virgin Mary for her to share with all the world, so too is he alive in us to share with others,” Sister Verónica said. “This is what I want to do in living out my vows.”

Born in Chalco, Mexico, Sister Verónica was raised alongside her brother Oscar and had an early devotion to Mary, frequently praying the rosary. What initially attracted her to religious life was seeing the church in mission. She watched how her pastor, Father Aurelio, was present and responsive to the needs of parishioners, treating them as family as he strived to meet their needs both spiritually and materially.  She wanted to be an intimate part of that mission.

While working as a parish secretary she heard about monthly retreats for young adult women offered at the MSBT cenacle in Chimalhuacán. For about a year she participated in these retreats becoming familiar with the unique charism and spirituality of the order. She also met frequently with Sister Olivia Montejano, M.S.B.T., to learn more about life within the community during this time of personal discernment. 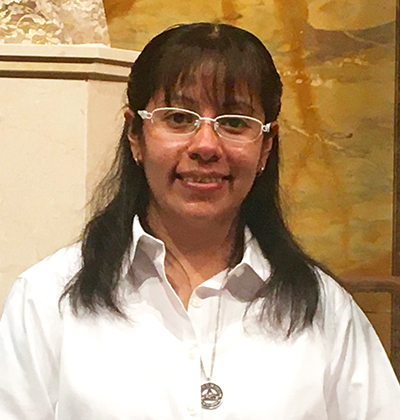 After writing to the General Custodian asking permission to enter the community, she began living, praying and working in mission alongside MSBTs in Mexico while studying about religious life as a Candidate.

“As Sister Verónica´s candidacy director, it was edifying to see the hand of God working in her. Her missionary spirit was evident as I witnessed her interaction with the people she served at the parish. Her love for our community has blossomed and grown,” said Sister Virginia Ann Wagner, M.S.B.T.

As a novice, Sister Verónica came to live and work with our sisters in Philadelphia and Barrington, N.J. in 2019. She provided first communion preparation for children at Annunciation Parish in South Philadelphia and assisted Sister Mary Matthew Labunski’s outreach through Catholic Charities of Salem County in the Diocese of Camden.

Missionaries are called to go out to the people, so the spread of COVID-19 significantly changed her daily life in formation. Like many of us, she found creative ways to reach people and soon adjusted to virtual meetings.

During a 10-day private retreat leading up to her vows, Sister Verónica opened herself in an extended period of reflection on God’s call in her life. The experience confirmed for her God’s call to give herself freely and purely to the service of others in the love of God.

Standing before General Custodian, Sister Barbara McIntyre, M.S.B.T., Sister Verónica pronounced her vows of chastity, poverty and obedience and received a blessed pin with the emblem of the Missionary Servants of the Most Blessed Trinity.

“I’ve found Sister Verónica is serious about her call to be a missionary in service to God’s people. Her love of God is visible in her prayerfulness and in the kind and loving manner in which she treats people. Plus living with her is fun!” said Sister Barbara.

NEXT: Vaccine clinics designed for deaf, hard of hearing communities