Join the Philadelphia Serra Club and ensure future of our church 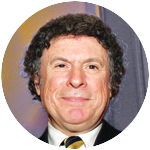 Last month, I received the honor of being elected as our Serra Club of Philadelphia’s new president. Founded in 1953 by Matthew McCloskey Jr., we are rich in history within the Archdiocese of Philadelphia and are one of Serra International’s oldest clubs.

I am indeed honored to join the ranks of all past club presidents in leading this great Serra Philadelphia club in our work to ensure the future of our church by fostering and promoting vocations to the priesthood and consecrated life. And that’s what we Serra International Club members do.

And as I take on this new journey, I reflect upon just who are we? Members of Serra International (or Serrans) are Catholic lay men and women who vigorously respond to the call to promote and support vocations to the ministerial priesthood and consecrated life in the Catholic Church.

Founded in 1935, with over 1,100 Serra International clubs chartered in 46 countries and with over 20,000 members, we are the only lay organization aggregated to a pontifical work by the Vatican in 1941 for priestly vocations.

It is no surprise that Pope Francis received the Serra International Club members at the Vatican a couple of years ago with a warm and private audience during our annual convention in Rome. He spoke very eloquently about the important role our organization represents with the future of our church and simply having the “opportunity to be friends to the priests” among other things.

Yes, I am honored to be a Serra Club member, and as the new president of the Philadelphia club, I look forward to the new chapter that we are entering with a new rekindled enthusiasm amongst my fellow members and the specific goals that I have set with the support of our Board of Directors.

The first goal is bringing back several of our key seminarian activities that we used to sponsor such as the annual newly ordained priests Mass and special recognition lunch at the iconic Union League Club; the annual Seminarians Day at the Phillies game and the annual altar servers recognition awards.

The second goal will be a new focus and drive to recruit new Serra Club of Philadelphia members to join us with our exciting mission as outlined above and be “doers” of a great Catholic organization.

The above two key goals are already being pursued with a great deal of  enthusiasm and ongoing unconditional support to our St. Charles Borromeo Seminary, Archbishop Nelson Perez and the archdiocesan Vocations Office.

For those who are yet not members of our Serra International Club of Philadelphia, I want to take the opportunity to invite you and welcome you to join us (www.serrainternational.org) as a new member of our Philadelphia Club.

Here is the link to the Serra Club Member Application for the Archdiocese of Philadelphia. You can feel free to contact myself, any of our members or our V.P. of Membership, Lou Ferrero, 610-517-0835, at any time.

Jorge Ignacio Fernandez is president of Serra International Club of Philadelphia. He may be reached via email at jifernandez1@aol.com or by phone at 215-858-9988.

PREVIOUS: Senior care ministries must be rebuilt after pandemic of loneliness

NEXT: Coming soon: Joy of faith unmasked at church