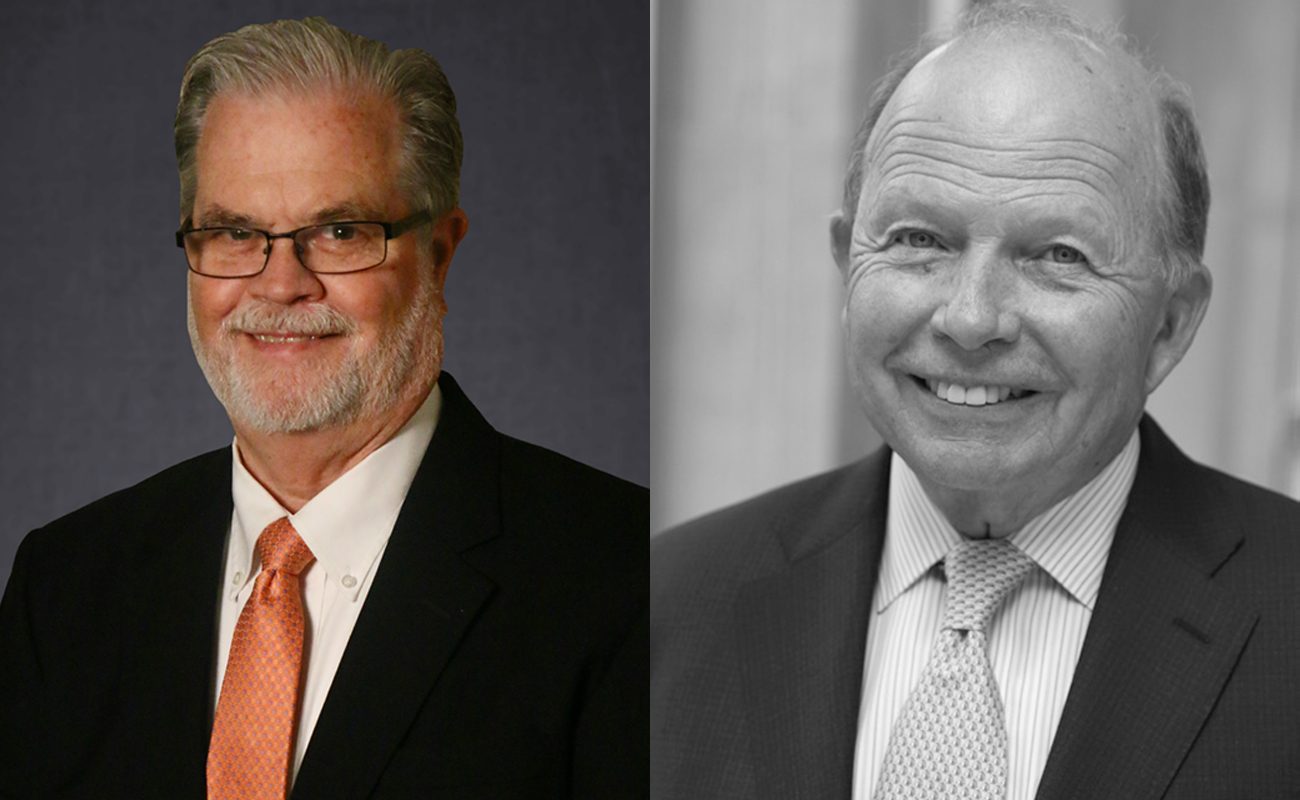 Two leaders in archdiocesan education have been recognized by a local Catholic university for their longstanding commitment to students.

Dr. Andrew M. McLaughlin, secretary of elementary education for the Philadelphia Archdiocese, recently received an honorary doctoral degree from Immaculata University. The award marks his four decades as a teacher, principal and administrator – experience that became even more critical during the COVID-19 pandemic, in response to which McLaughlin and his colleagues created the Catholic Schools Onward (CSO) Taskforce.

The group provided best practices to navigate the pandemic’s rapidly shifting landscape, enabling the archdiocese’s 102 parish and regional elementary schools, as well as its 12 early childhood centers, to function smoothly and safely.

Also commended by the same university’s board of trustees was Jerry Parsons, who received the Immaculata Medal. As president of the Foundation for Catholic Education and co-chair of the archdiocesan Executive Board of Elementary Education, he helped to raise over $12 million for Catholic schools.

Previously, Parsons – who heads up the global firm Communications Test Design, Inc. — chaired the Archdiocese’s Board of Education for over a decade.

Over the past several decades, both McLaughlin and Parsons have extensively devoted themselves to advancing Catholic education.

Prior to his current position, McLaughlin served as the archdiocesan director of special education, drawing on more than ten years of experience as both a special education teacher and principal of the Center for Alternative Secondary Education of the Chester County Intermediate Unit. Since his 2018 appointment as secretary, 16 archdiocesan elementary schools have received the National Blue Ribbon School of Excellence distinction from the United States Department of Education, based on overall academic excellence.

During his tenure, 43 schools have attained the Archdiocesan Schools of Distinction honor, instituted by the Office of Elementary Education in 2019 to highlight schools’ high performance levels.

Parsons, who along with his family is a [supporter] of Bishop Shanahan High School, is also a recipient of the St. Elizabeth Ann Seton Award from the National Catholic Educational Association, as well as the papal honor of knighthood in the Order of St. Gregory the Great. In addition to his work on behalf of Catholic schools, Parsons dedicates himself to numerous initiatives benefiting the residents of Chester County, and was inducted in the county’s Business Hall of Fame.