Really getting to know Jesus should lead to amazement, pope says 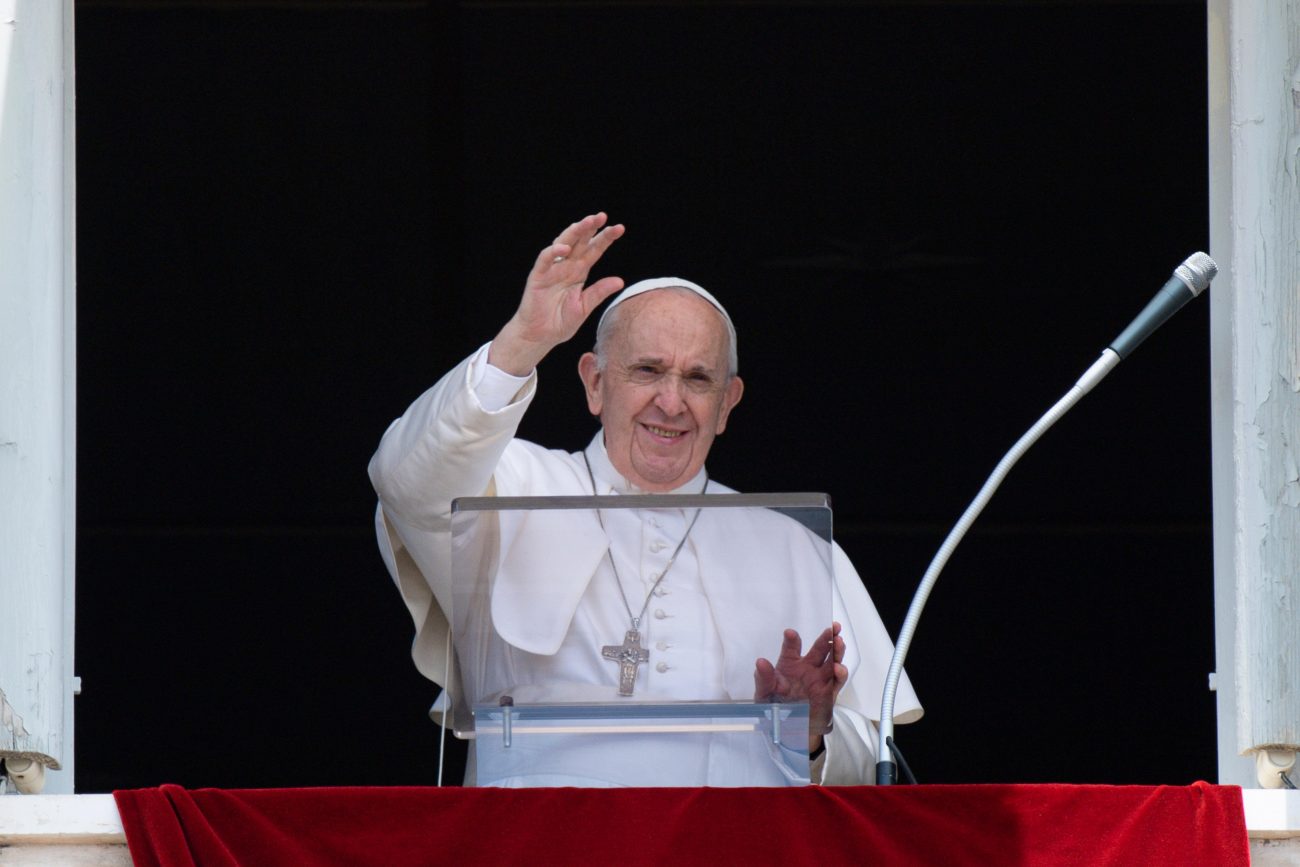 Pope Francis greets the crowd gathered in St. Peter's Square at the Vatican for the midday recitation of the Angelus July 4, 2021. After speaking about the day's Gospel reading and leading the prayer, Pope Francis went to Rome's Gemelli hospital for colon surgery. (CNS photo/Vatican Media)

VATICAN CITY (CNS) — Reciting the Angelus prayer July 4 with visitors in St. Peter’s Square, Pope Francis gave his usual reflection on the day’s Gospel reading and announced a September trip to Hungary and Slovakia, but did not mention that he was about to go to the hospital for surgery.

He ended his midday address with his usual “please, do not forget to pray for me,” but said nothing about going to Rome’s Gemelli hospital for the operation on his colon.

Instead, his talk focused on the story from the Gospel of St. Mark, which recounts how when Jesus taught in the synagogue in Nazareth, the local people were astonished because they thought they knew him; he was simply the carpenter’s son.

“They knew Jesus, but they did not recognize him,” the pope said. “There is a difference between knowing and recognizing.”

People do it all the time, he said. They may know things about someone, encounter him or her occasionally and form an opinion.

But that ordinary, “superficial” knowledge has little to do with recognizing the uniqueness of a person. “We all run this risk: We think we know so much about a person, even worse, we use labels and close the person within our own prejudices,” he said.

Knowing a lot about Jesus, they think “it is enough to repeat the same things as always,” he said. But “this is not enough with God. Without openness to what is new and, above all — listen well — openness to God’s surprises, without amazement, faith becomes a tiring litany that slowly dies out and becomes a habit, a social habit.”

One of those surprises, a fact that has and does scandalize people, is “the incarnation of God, his concreteness, his ‘daily life”” as a human being, the pope said.

“God became concrete in a man, Jesus of Nazareth, he became a companion on the way, he made himself one of us,” he said.

“‘You are one of us,’ we can say to Jesus. What a beautiful prayer,” he said. Because Jesus was human “he understands us, accompanies us, forgives us, loves us so much.”

Sometimes, the pope said, people find “an abstract, distant god is more comfortable, one who does not get involved in situations and who accepts a faith that is far from life, from problems, from society. Or we would like to believe in a ‘special effects’ god who does only exceptional things and always provokes strong emotions.”

“Instead, brothers and sisters, God incarnated himself,” the pope said. “God is humble, God is tender, God is hidden, he draws near to us in the normality of our daily life.”

PREVIOUS: Martha Jane Tolton and the arms of freedom

NEXT: Behold, and be changed