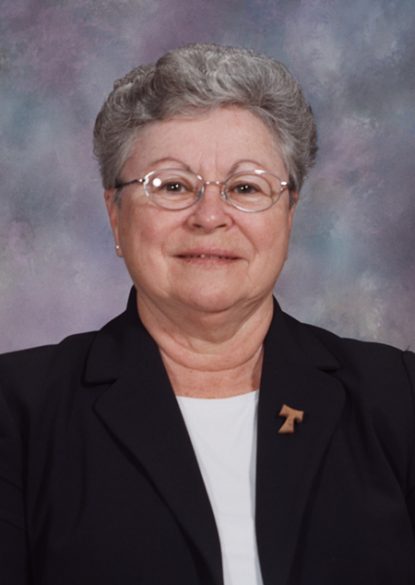 Sister Elizabeth Patricia Murphy (formerly Sister Charlotte Anne), O.S.F., died June 30 in Lankenau Hospital, Philadelphia. She was 78 and had been a professed member of the Sisters of St. Francis of Philadelphia for 59 years.

Sister Elizabeth was born in Mallow, County Cork, Ireland, where she was a member of St. Mary Parish and a student of St. Mary Secondary School. She entered the congregation in 1959 and professed her first vows in 1962.

In 2005 Sister Elizabeth led the school to earn the prestigious Blue Ribbon School of Excellence award from the U.S. Department of Education. In 2012 she received the Bishop Dorsey Award for Distinguished Service to Catholic Education.

In 2020 Sister Elizabeth returned to the Archdiocese of Philadelphia, where she served as a volunteer on the Franciscan Care Team at Assisi House, the retirement residence of the sisters.

Sister Elizabeth is survived by her three sisters, Margaret O’Leary, Sheila Stevens and Charlotte Buckley; her sisters-in-law, Julie Murphy and Caitirona Murphy; nieces and nephews, her St. John Vianney Parish family and by her Franciscan family.

NEXT: Sister Mary Heenan, ministering in Phila. region, dies at 79