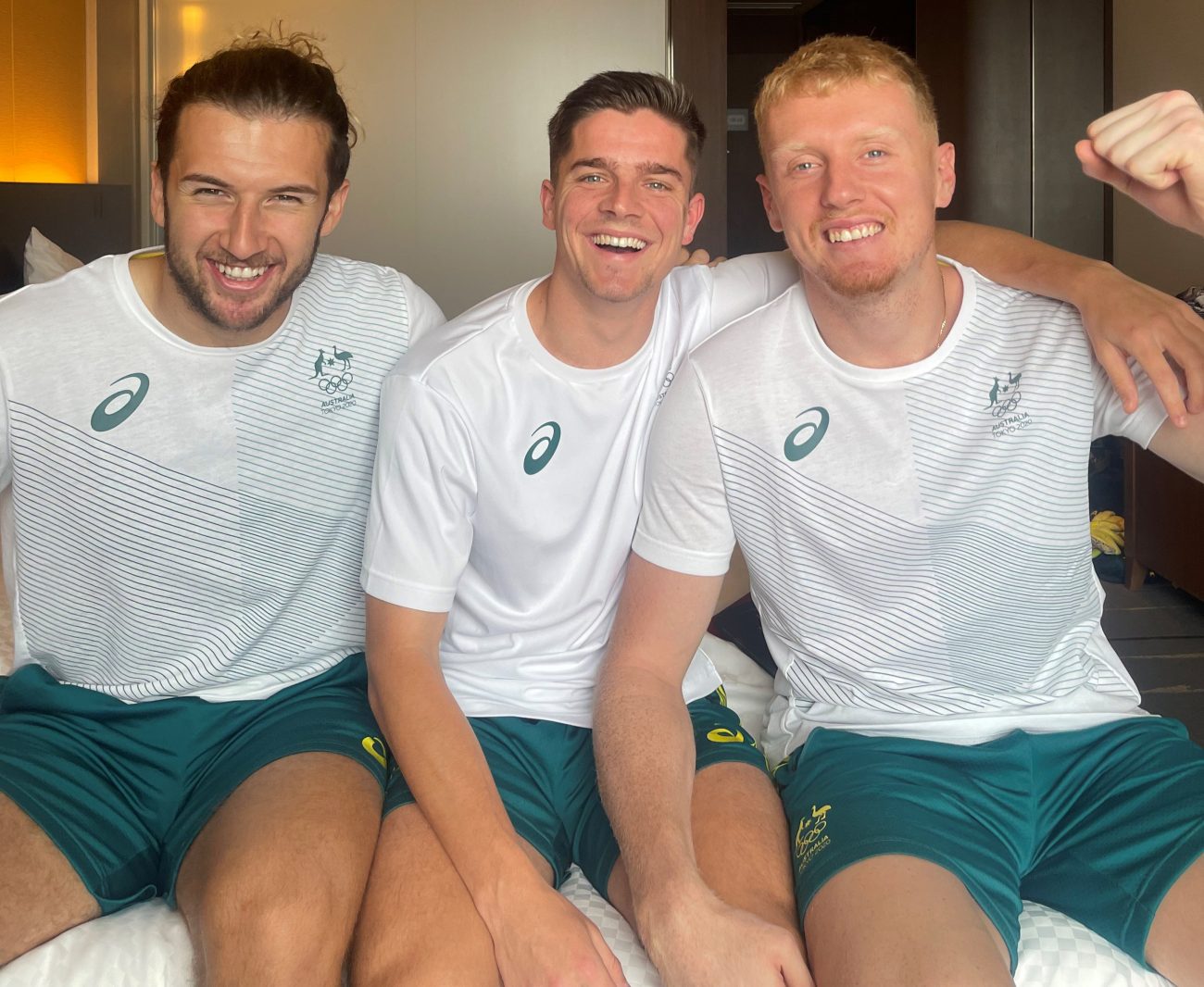 SYDNEY (CNS) — There’s something in the holy water in the southern suburbs of Sydney, with three of Australia’s Olyroos Olympic soccer squad hailing from the area and having attended neighboring Catholic schools.

It is believed to be the first time three players had made a national squad from the same area of Sydney, known as The Shire.

Goalkeepers Jordan Holmes and Tom Glover went to Aquinas Catholic College in suburban Menai, while midfielder Cameron Devlin attended St. Patrick’s College in suburban Sutherland. Bound by the waters of the Georges and Port Hacking rivers, the area boasts one of the largest amateur playing rosters in the Southern Hemisphere, with almost 20,000 registered competitors.

And while the trio have had their fair share of ups and downs throughout their young careers, they have put faith in themselves and their abilities to make the national Olympic squad.

Devlin, who was forced to choose between a soccer or rugby league, now sees his decision as an absolute blessing.

He said his faith has been a huge comfort to him and helped him through some of the toughest of times.

“Being raised in a family where faith is greatly valued has been a great support to me throughout the celebrations and challenges of my career,” he said. “I trust in it to make the right things happen in the future.”

“We are all so very proud of the boys; they have done incredibly well when no one gave them a chance,” he said.

“In regards to Cam’s personal journey, there have been many times along the way that we have drawn on our faith, whether that be in times of adversity such as injuries or to celebrate his successes, it has played a huge part in all of our lives.

“The whole team have portrayed that Aussie never-say-die attitude, which has helped them compete against anyone.”

Tony and Sharon Holmes said seeing their son play at such an elite level was a “dream” and showed anything is possible.

“In 2013, at the age of 16, Jordan left his family and friends in Australia to accept a football scholarship with A.F.C. Bournemouth in England, so we have become accustomed to not being there physically to support him; however, not being able to share in his Olympic journey takes the disappointment, pain and heartache to another level,” Sharon Holmes said.

“However, our faith gives both us and Jordan a solid platform to build on.”

“We’re thrilled by the fact that Jordan Holmes, Tom Glover and Cameron Devlin attended Sydney Catholic Schools and that their talent and hard work sees them performing at this pinnacle moment in world sport — the Olympics — and, amazingly, all in the same soccer team, the Olyroos,” he said.

“I’m sure future generations will look to their achievements and be inspired in whatever sport they chose to be faster, higher and stronger.”

John Long, technical director of the Sutherland Shire Football Association, has played a part in all three of the players’ careers.

“All three players are terrific ambassadors for not only the sport but also for Catholic education,” he told The Catholic Weekly, newspaper of the Archdiocese of Sydney.

“They’ve all had a lot of setbacks in their football journeys, but at the end of the day it’s all about believing in yourself and putting in the hard work, and following that dream and, hopefully, it works out.”

Cramsie is a writer and commentator for The Catholic Weekly.

PREVIOUS: Philippine weightlifter credits her Olympic success to her faith