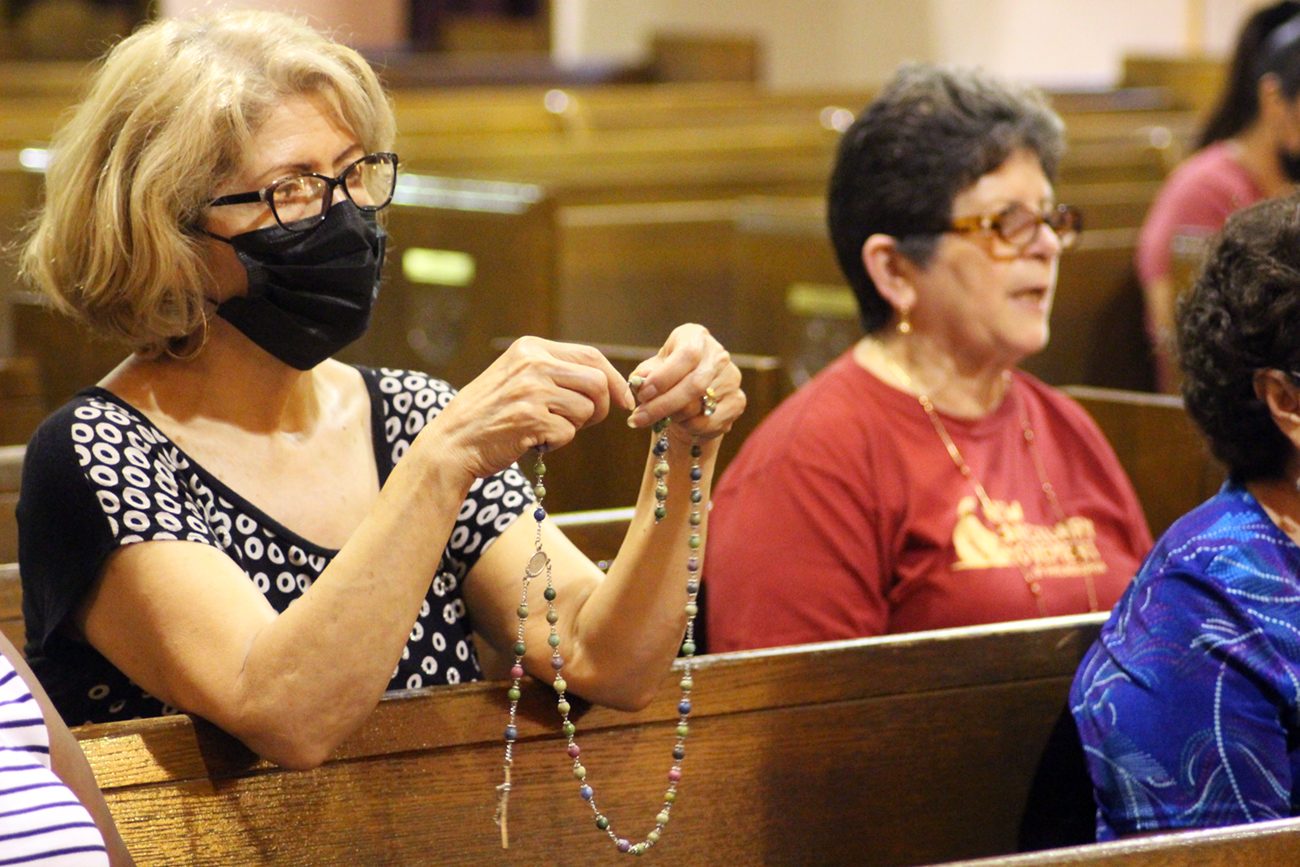 A woman prays the rosary during an Aug. 11 prayer vigil for immigrants hosted by St. Joan of Arc Church (part of Holy Innocents Parish) in Philadelphia. The gathering was part of a week-long interfaith series sponsored by the nonprofit New Sanctuary Movement to garner support for legal protection of an estimated 11 million immigrants in the U.S. (Gina Christian)

Such divine abundance shows “there is enough, (and) that Congress can pass a bill that includes all 11 million” immigrants of varying status currently in the U.S., said NSM co-founder and director Peter Pedemonti, a first-generation U.S. citizen and son of English and Italian immigrants.

Those 11 million (a number some researchers believe is actually double) would be granted an eight-year pathway to citizenship with the passage of the U.S. Citizenship Act of 2021. The law would also streamline legalization for agricultural workers and those in the Deferred Action for Childhood Arrivals (DACA) program, while deploying technology to manage the nation’s southern border.

To garner support for the legislation, clergy will deliver the basket from the prayer vigils to elected officials during the week of Sept. 7, according to Pedemonti and co-director Blanca Pacheco.

The message is an urgent one, said Sister of St. Joseph Linda Lukiewski, a former NSM board member and director of Hispanic ministry at St. Joan of Arc (part of Holy Innocents Parish) in the city’s Harrowgate section. 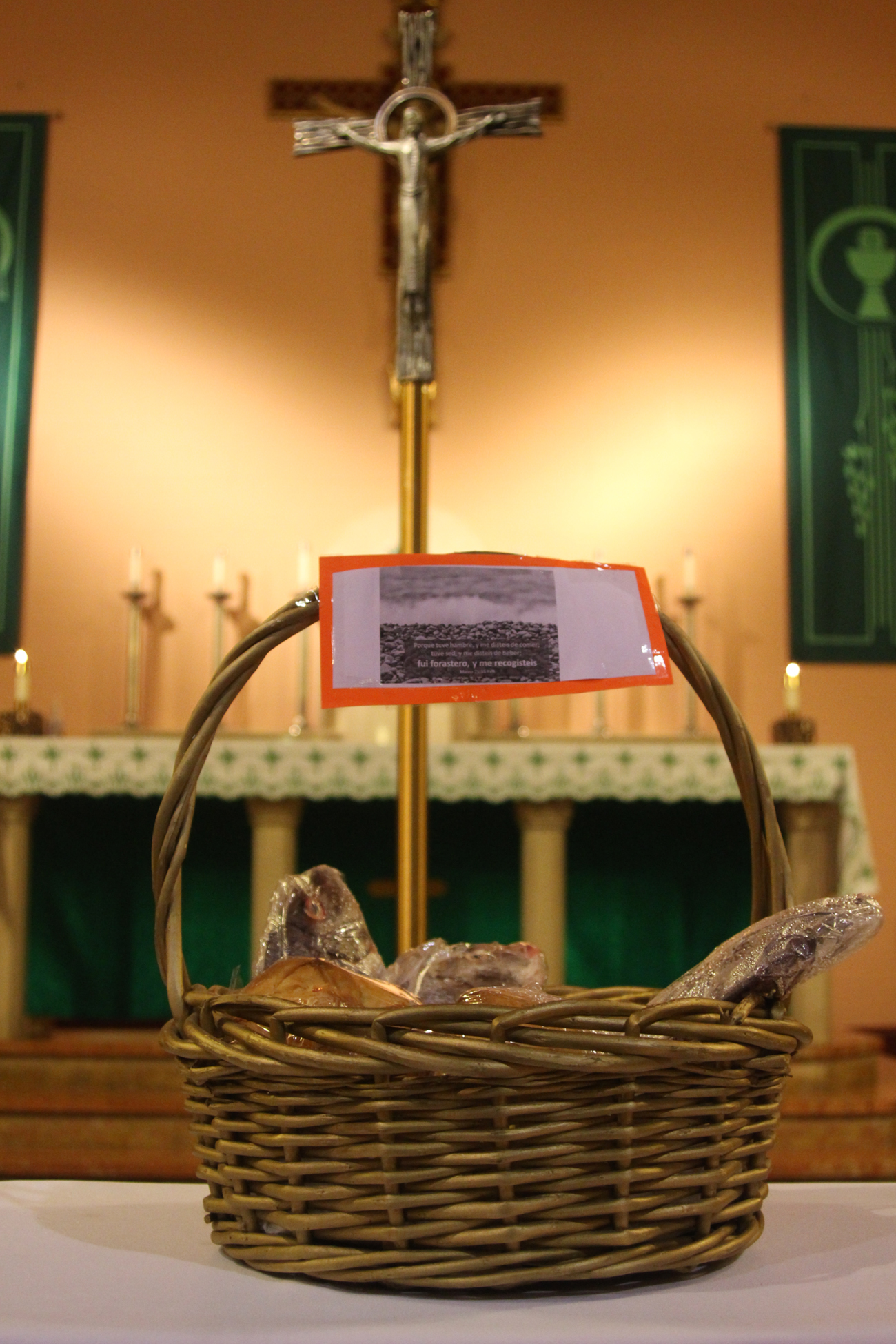 A basket of loaves and fish sits before the altar at St. Joan of Arc Church (part of Holy Innocents Parish) in Philadelphia during an Aug. 11 prayer vigil for immigrants. The basket will be presented to legislators to encourage passage of the U.S. Citizenship Act. (Gina Christian)

Having lived and worked in Guatemala for several years, Sister Linda said she’s seen the immigration experience from beginning to end – and she knows what drives so many to leave their homelands with little more than the clothes on their backs.

“People were buried in our convent’s backyard in Guatemala,” she said, reflecting on her 1996-2003 assignment in that country. “We had international teams do exhumations to prove there had been massacres.”

Like many of its neighbors, the Latin American nation has long struggled with internal and external conflicts. A 36-year-civil war that raged from 1960 to 1996 resulted in some 200,000 deaths. In 1999, a UN-backed commission found that security forces were responsible for 93% of all human rights atrocities during the war.

The year prior, Bishop Juan José Gerardi Conedara was bludgeoned to death in Guatemala City, just two days after the release of his groundbreaking Guatemala: Nunca Más (“Guatemala: Never Again”) report, which painted a damning picture of military abuses.

According to Human Rights Watch, “violence and extortion by powerful criminal organizations remain serious problems” in Guatemala, with gang clashes driving many, including unaccompanied minors, to seek refuge in the U.S.

“People don’t really understand that; they can’t really grasp it, and I get that,” she said. “If you haven’t experienced it, you can’t relate to it.” 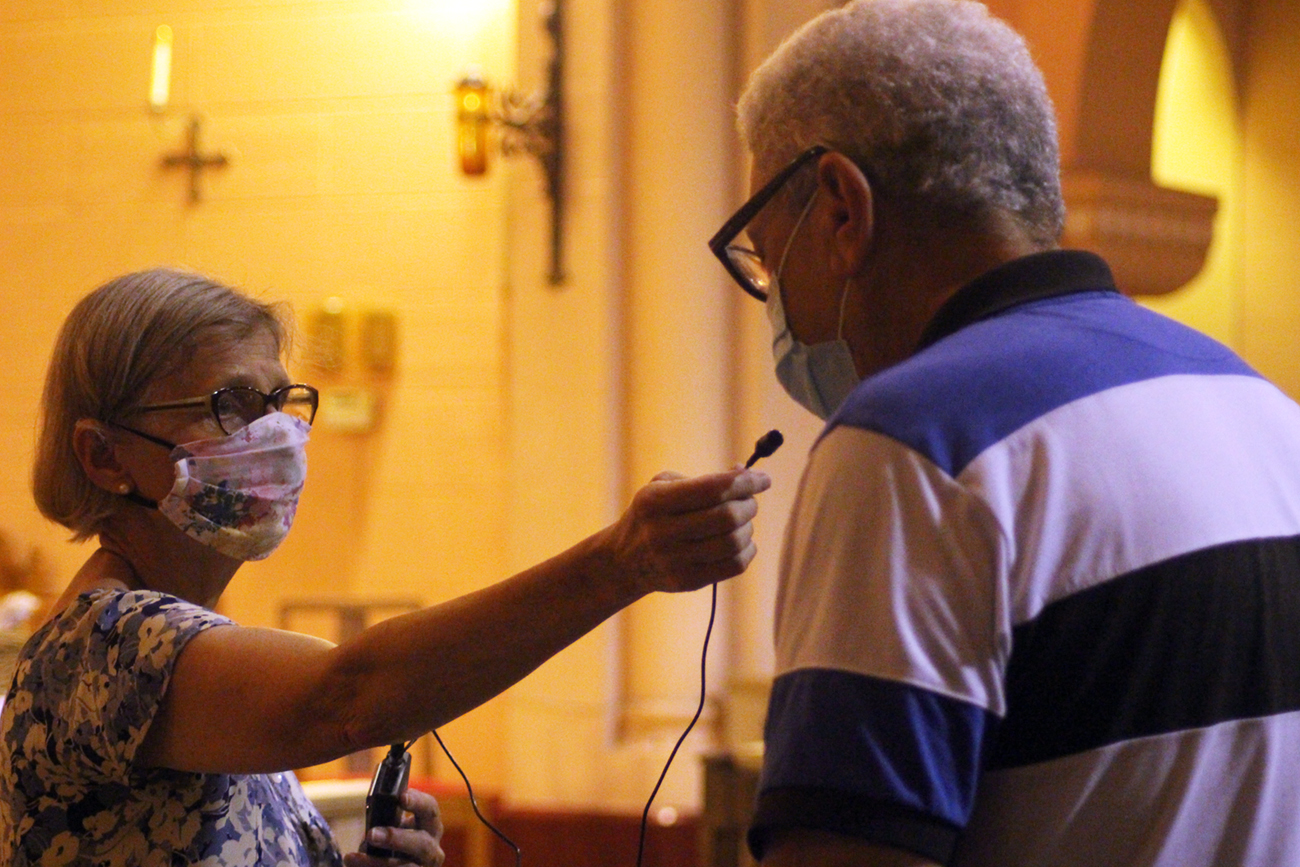 Sister of St. Joseph Linda Lukiewski holds a microphone for a participant at an Aug. 11 prayer vigil in support of immigrants hosted by St. Joan of Arc Church (part of Holy Innocents Parish) in Philadelphia. (Gina Christian)

At the same time, she admits to being “kind of amazed” when she meets others who say they have never met anyone who is an undocumented immigrant.

“These immigrants are living in the shadows, and people don’t know it,” she said. “They’re all over the place.”

Even a legal path to citizenship for those with DACA or Temporary Protected Status (TPS) designations “is a band-aid,” said Pacheco.

“If only people under those categories benefit, then their siblings, parents and grandparents may still be left out,” leaving millions at risk for “deportation … and broken families,” she said.

“This is a huge problem, a huge issue,” said Sister Linda. “We can’t keep putting them in detention centers.”

She added that most of the undocumented immigrants to whom she ministers “are trying their best to make it” by “working like dogs” at jobs such as landscaping, food service and housecleaning.

Like Sister Linda, Pacheco believes that “prayer and divine power” can redress the nation’s immigration crisis by prompting “bold action” while inviting legislators “to reflect on … what God wants them to do” to support immigrants.

At its essence, said Pedemonti, “immigration is a faith issue.”

“This could be Jesus, Mary and Joseph fleeing to Egypt,” he said.

PREVIOUS: Masks to be mandated in all archdiocesan schools

NEXT: Young Catholic Professionals get down to business of bringing faith to workplace