A growing faith: Allowing college-aged kids to navigate their faith 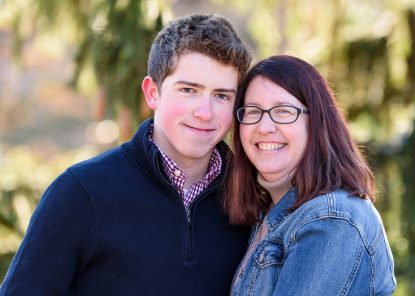 “This is how it’s supposed to go. We raise our kids, give them the tools they need, then let them go and hope they’ve taken it all in.”

Those two sentences were my daily mantra this past summer during the weeks leading up to taking my son, Alex, off to college — 1,800 miles away from home.

Just as I tried to cram everything I thought he would need for his dorm room into totes and bags, I also struggled to cram all the bits of wisdom I thought he might need into our conversations. The days were slipping away and once we moved him in and drove away, he would be steering his own ship.

As we packed the totes, Alex and I talked about all the standard topics a mom worries about — study hard, make sure to eat enough, make good choices, be careful, as well as a whole litany of others.

At one point, I brought up a topic that we rarely talked about — the topic of faith. I treaded carefully as I entered these waters, knowing that an overstep on my part could mean a quick end to the conversation.

“Do you want me to look up local parishes near campus for you?” I asked.

“Nah, I can do that when I get there,” he responded.

“Do you know if there’s a campus ministry office?”

“I’m sure there is somewhere,” he said.

I could see the conversation wasn’t going to be very fruitful, so I ended it and continued packing.

My husband Mark and I had sent all of our kids through Catholic grade school and high school. We took them to church every week and tried our best to model a strong and active faith life.

They had been given the building blocks of the Catholic faith but now it was up to them to decide where to go from there.

That’s the point where we have found ourselves now. As parents, we don’t like the feeling of losing control. We spend years being problem solvers and directors for our kids. And then, suddenly, we’re not anymore.

When our kids were younger, people would always tell Mark and I that if we wanted our kids to do something we should model that behavior for them.

For example, if we wanted them to use their utensils the correct way, we should show them how we use them. Or rather than trying to tell them how to pray, we should let them watch us pray and invite them to join.

It was a piece of advice we found to be extremely helpful. Showing versus telling often yielded much better results.

And that’s what we have worked to do and continue to do. We have tried to become models of faith for our children rather than teachers of faith. We have given them the tools they need — and the example. Now it is up to them to move forward.

As we got ready to leave after getting Alex settled in his dorm room, I gave him a kiss and told him all of the same things that we had talked about when we were packing. And then I added that I would be praying for him.

As he grows, his path of faith is going to be his own and he will have to navigate it. Just in case he needs a little help, though, I circled the campus ministry office on the campus map before I left. I’m a mom. I can’t help it.

Susan Hines-Brigger is a mother of four, ranging in age from 23 to 11. She is also an executive editor of St. Anthony Messenger magazine.

NEXT: In committing our lives fully to Jesus, we adopt God’s vision of love and mercy