My 32 years of ministering to the ‘good children’ 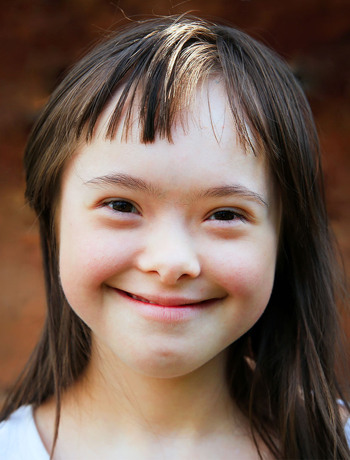 As I reflect on 32 years of the blessing and privilege of ministering among persons with intellectual and developmental disabilities within the Communities of Don Guanella and Divine Providence as part of the Developmental Programs Division of archdiocesan Catholic Social Services, a heightened appreciation of my pro-life ministry has surfaced through a confluence of observances during this month of October.

In October of each year, the United States Conference of Catholic Bishops (USCCB) designates October as Respect Life month with this year’s theme, in this year of St. Joseph, St. Joseph-Defender of Life.

On Oct. 24, the feast of St. Luigi Guanella was observed by the Servants of Charity, of which I am a member and who were founded by St. Luigi, and the Daughters of St. Mary of Providence, also founded by this Italian priest, with both having served in the Archdiocese of Philadelphia since 1960 and 1948 respectively.

The feast day was marked by a eucharistic liturgy celebrated by Archbishop Nelson Perez at Our Lady of Fatima Church in Secane on Oct. 25.

Also, Oct. 23 marked the 10th anniversary of the canonization of St. Luigi Guanella. The miracle leading to his canonization took place in Delaware County with the miraculous healing of 22-year-old Bill Glisson from a traumatic brain injury.

Finally, since the 1980s, October has been observed as National Down Syndrome Awareness month.

Archbishop Joseph Naumann, chairman of Pro-Life Activities of the USSCB, wrote in his reflection for Respect Life Month, “Joseph shows us how to say ‘yes’ to life, despite our own fears, frailties and weaknesses. For it is Joseph who was ‘chosen by God to guide the beginnings of the history of redemption. He was the true miracle by which God saves the child and his mother.”

In this month in which an awareness of persons with Down syndrome is to be recognized, we turn to St. Joseph, as the Defender of Life, and say “yes” to their lives as it is needed to overcome the “genocide” that is taking place among unborn children with Down syndrome.

“Genocide” may seem to be an exaggeration or hyperbole when applied in this way but if genocide is understood as the “intentional act to destroy a people — usually defined as a national, ethnic, racial or religious group — in whole or in part” then this applies to persons with Down syndrome.

To various degrees and in various countries, the prenatal screening and prenatal genetic diagnosis of Down syndrome leads to an abortion rate of anywhere from 60% to 95%.

Not to diminish the challenge of raising and caring for a person with Down syndrome, the false narrative is presented in which their lives are seen as being lives which are unhappy and less than fulfilling.

“Overall, the overwhelming majority of people with Down syndrome surveyed indicate they live happy and fulfilling lives.”

My own personal anecdotal experience has born this out, in addition to this conclusion. In many ways, persons with Down syndrome approach God’s unconditional love more than you and I could ever hope. Yet many say it is not a life worth living.

Don Guanella saw in persons with intellectual and developmental disabilities as those who were also created in God’s image and likeness possessing the inherent dignity of all human persons flowing from that.

Rather than shunning them or speaking of them in negative or pejorative terms, as was common in his time of the late 19th and early 20th century, he saw them very simply yet profoundly as God’s buoni figli (good children) possessing within them a baptismal innocence that is unmarked.

For me, this is the gift, blessing and privilege that I have enjoyed in these 32 years of ministry. So with these “confluences of observances” I offer this reflection in heartfelt and grateful appreciation for the gift God has presented to me in this pro-life ministry.

May I continue to honor this gift in future years as a faithful Servant of Charity!

PREVIOUS: Lessons from a COVID-19 infection

NEXT: The hypocrisy of the federal spending debate