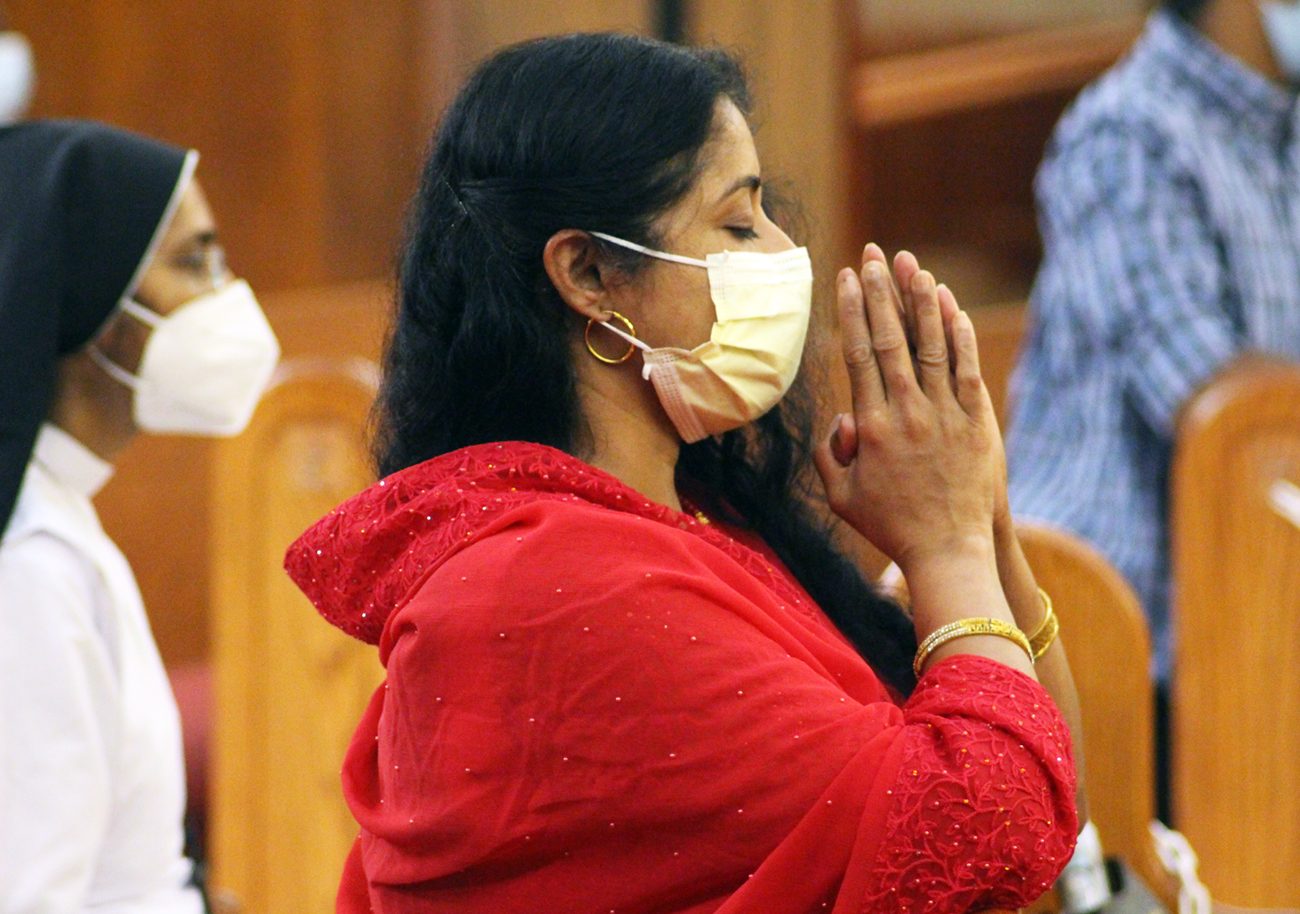 New IACA director Father Kuriakose Kumbakeel was the principal celebrant at the Mass, known in the Syro Malabar tradition as Holy Qurbana. Concelebrating the liturgy was outgoing IACA director Father Saji Mukkoot, who received a plaque of appreciation from the community afterwards.

A week before the IACA gathering, Indian Catholics marked the feast of Our Lady of Vailankanni with a Sept. 11 Mass, novena and rosary at the Miraculous Medal Shrine in Philadelphia’s Germantown section.

Devotion to the title – also known as “Our Lady of Good Health” traces back to the mid-16th century, when Mary was reported to have appeared with the infant Jesus several times near the village of Vailankanni on India’s southeastern coast. 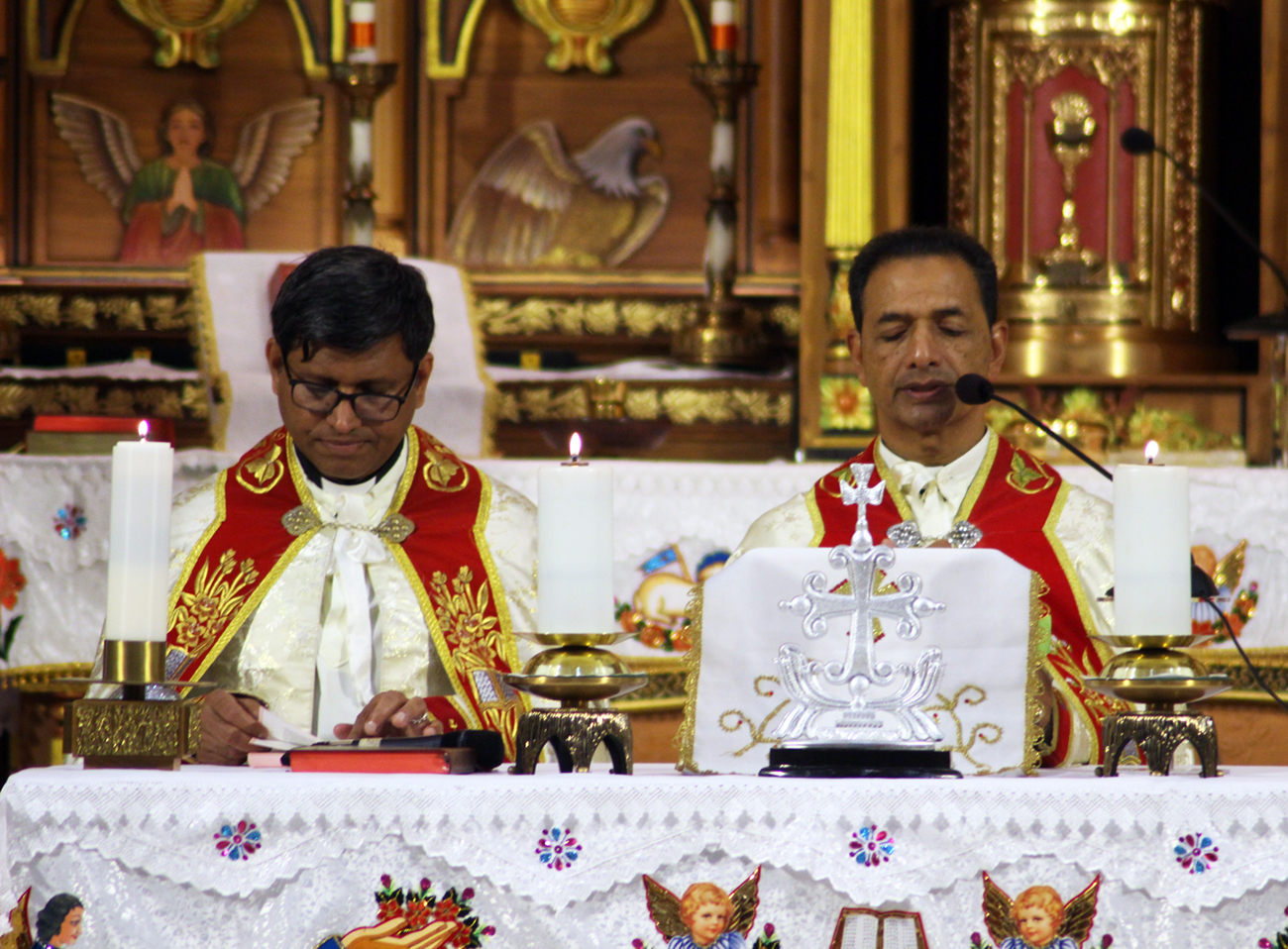 In his homily at the Sept. 17 liturgy, Father Mukkoot noted the IACA’s role as an umbrella organization for all Indian Catholics, who trace their history back to St. Thomas the Apostle.

According to tradition, St. Thomas arrived in southwestern India in A.D. 52 and founded seven Christian communities in what is now the state of Kerala, before his martyrdom some twenty years later near modern-day Chennai.

Early believers in India were known as “St. Thomas Christians” or “Nazranis,” those who followed Jesus of Nazareth. Over the centuries, the number of faithful grew under the guidance of the church of East Syria. In 345 A.D., a Syrian merchant named Thomas Cana settled in the Malabar region and established a renowned Christian community with several families.

The arrival of Portuguese colonizers in the late 15th century complicated the development of Christianity in India. Latin-rite missionaries sought to divest the Indian church of its Eastern Catholic roots, and in 1665 a formal schism arose among Indian Christians. Those who remained in communion with Rome developed into the Syro Malabar Church, which Pope Pius XI formally established as a hierarchy in India in 1923.

In 1992, Pope John Paull II raised the Syro Malabar Church to the status of a major archepiscopal church through his apostolic constitution “Quae Maiori.”

Typically, the annual IACA celebration at St. Thomas would be rounded out by a number of social activities, including the group’s Northeast U.S. Regional Basketball Tournament – but COVID concerns led to the cancellation of such events, explained IACA president Charly Chirayath.

IACA general secretary Merline Augustine said she and the IACA community hoped to resume the full scope of the Indian Catholic Heritage Day celebrations next year.

NEXT: Parishes bless four-footers to mark feast of St. Francis of Assisi