A Philadelphia priest and longtime archdiocesan high school teacher is advancing toward sainthood, following an Oct. 19 ceremony at Villanova University.

More than 300 guests filled the pews of St. Thomas of Villanova Church as Archbishop Nelson J. Pérez formally closed the diocesan phase of the canonization cause for Augustinian Father Bill Atkinson.

“This is a special night, a powerful night, a night of great blessing and grace,” said the archbishop.

(See scenes from the ceremony here.)

The first quadriplegic ordained a Catholic priest, Father Atkinson was a beloved faculty member at Msgr. Bonner High School in Upper Darby, where for some 30 years he served as a teacher, assistant school chaplain, moderator of the football team and director of a detention program affectionately known as “JUG,” or “Justice under God.”

Known for his leadership, compassion, humor and enthusiasm for sports, he died in 2006, having retired from the school two years prior, and is buried in the Augustinian section of Calvary Cemetery in West Conshohocken.

Family members, friends, classmates, colleagues and clergy – a number of whom had attested to Father Atkinson’s sanctity before a diocesan tribunal — were on hand for Wednesday’s proceedings, during which officials of the canonization cause presented their reports and swore to their authenticity and integrity.

Archbishop Pérez formally signed and sealed the orders to transmit the boxes of documentation – two copies of a 3,300-page dossier – to the Vatican’s Congregation for the Causes of Saints, a task for which Augustinian Father Josef Sciberras, postulator general for his order, has been appointed.

The original set, called the archetype, will remain in Philadelphia at the Catholic Historical Research Center, the archdiocesan archives.

Together, the three sets comprised about 9,900 pages and 27 boxes. 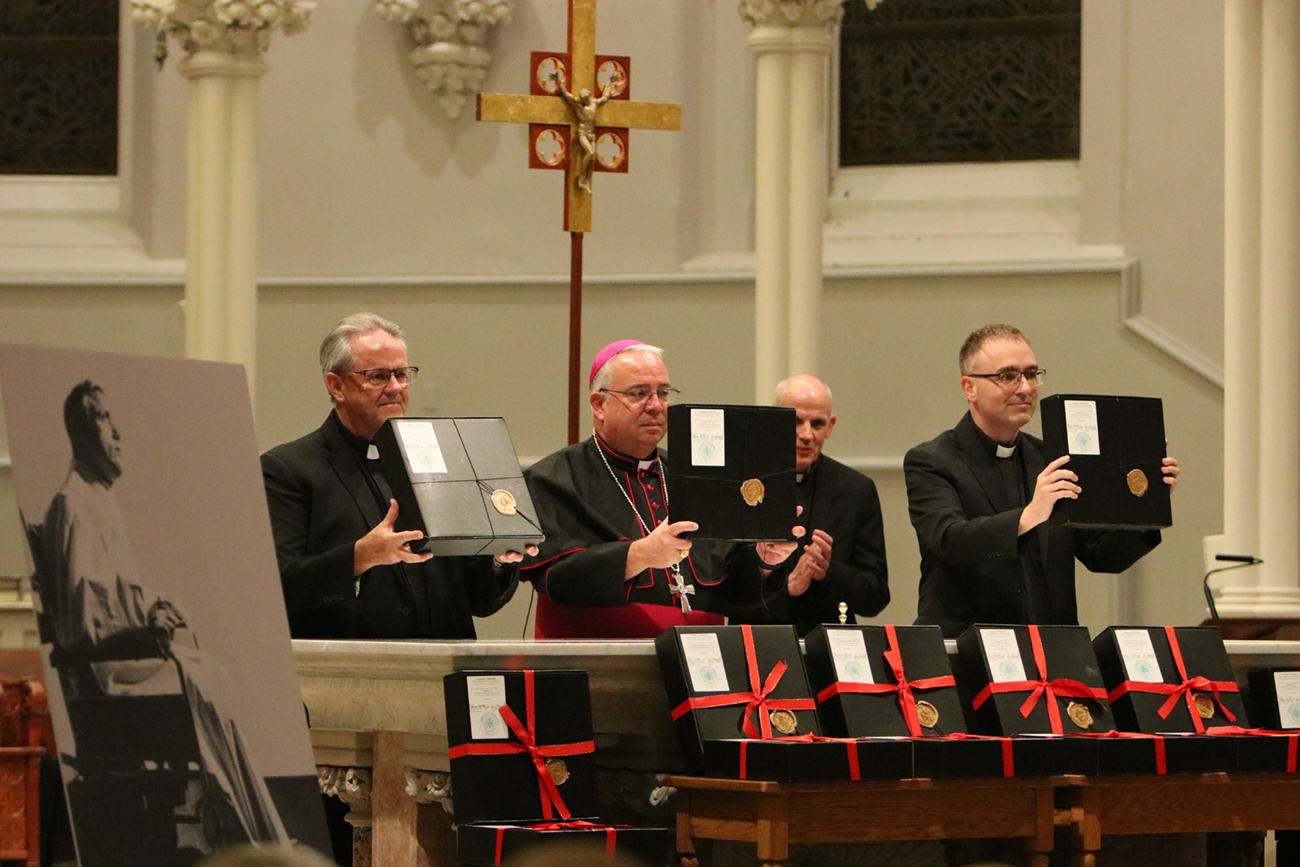 “In addition to heroic virtues, what is also needed for canonization is a lot of ink and paper,” said Augustinian Father Michael DiGregorio, prior provincial of the order’s Province of St. Thomas of Villanova.

Archbishop Pérez quipped that signing so many pages led him to wonder “what happened to carbon paper” — but such extensive documentation is par for the course with canonization, which over the centuries has evolved from a simple, popular recognition of sainthood to a rigorous process governed by canon law.

And the final call belongs to the pope himself, based on the recommendation of the Congregation for the Causes of Saints, stressed Oblate Father Thomas Dailey, the episcopal delegate for Father Atkinson’s cause.

“To be clear … our task as the tribunal for this inquiry was not to determine whether Father Atkinson is a saint,” he said. “Our work consisted only of gathering proofs that could contribute to such a determination.”

Since Archbishop Charles Chaput opened the preliminary investigation in September 2015 and the formal inquiry in April 2017, “many steps” were taken to collect supporting evidence, said Msgr. Gerard Mesure, archdiocesan chancellor and promoter of justice for the case.

To appreciate the scope of the project, said Father Dailey, “it is important for everyone to understand what holiness means.”

Rather than “something mystical or supernatural” or marked by “exceptional deeds in extraordinary circumstances,” he said, the Second Vatican Council teaches that “holiness is a universal vocation, a way of life in which every one of us is called to assimilate ourselves to Christ in the everyday circumstances of life, according to each one’s abilities and duties.” 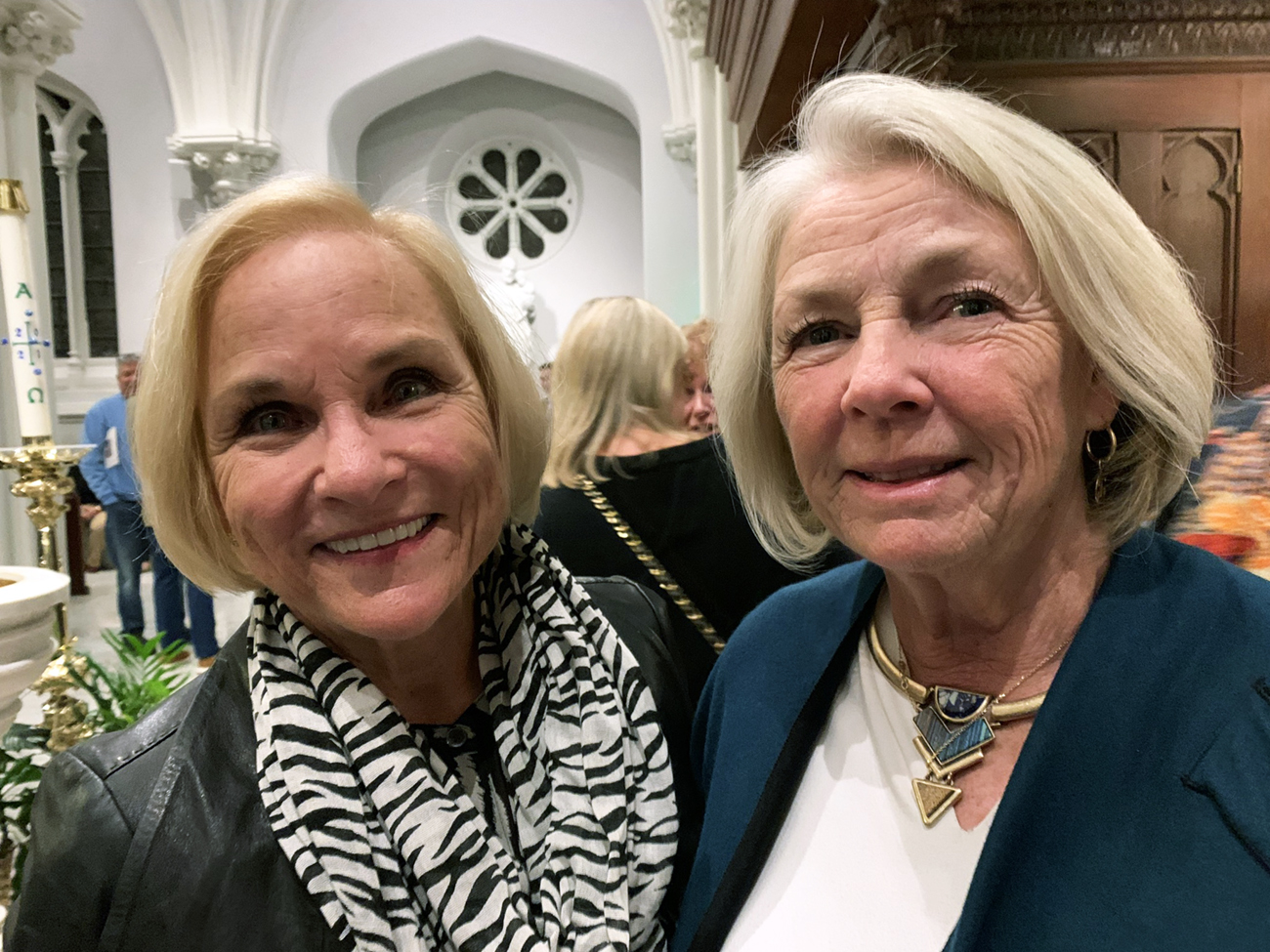 For canonization causes, said Father Dailey, “that holiness must be demonstrated in a manner of life considered heroic by way of its total conformity to the divine will … through the practice of Christian virtue and an unconditional trust in which one puts himself completely at the disposition of our Lord.”

Joan Mullen, Father Atkinson’s sister, said her younger brother did just that – especially when the popular, athletic Bonner alumnus was paralyzed in a near-fatal toboggan accident while still an Augustinian novice.

In the 41 years after his accident – an exceptional lifespan for a quadriplegic – Father Atkinson “showed a daily determination to live the life God gave him, carrying the cross of his everyday condition and bearing with more than anyone could know,” said Father Dailey.

Ordained through a special dispensation from Pope Paul VI, Father Atkinson “could do nothing without the assistance of others,” but “spent countless hours in conversation with God” and lived a life of service rich in virtue, Father Dailey said. 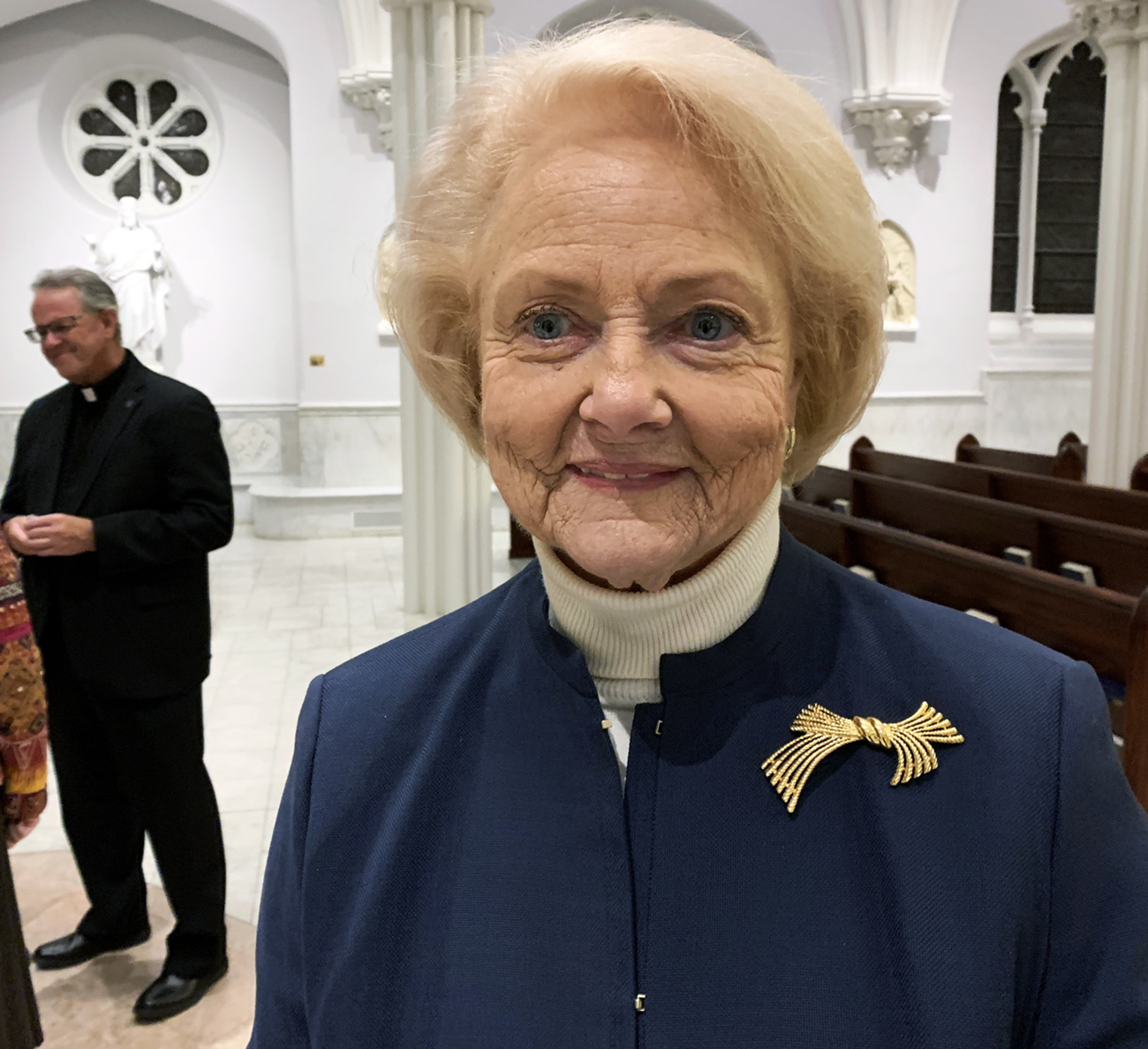 Father Bill Atkinson’s sister Joan Mullen said her brother “went from ‘Why me, Lord?’ to ‘Why not me, Lord?’” after an accident left him paralyzed from the neck down. (Gina Christian)

The tribunal found that whether teaching, listening, counseling, celebrating the sacraments or visiting rehabilitation hospitals, Father Atkinson consistently exemplified the theological virtues of faith, hope and charity; the cardinal virtues of prudence, justice, fortitude and temperance; and the evangelical virtues of poverty, chastity and obedience.

At the same time, he was “real in every way,” said childhood friend and Sister of Mercy Kathleen Lyons, who enjoyed “eating ice cream sundaes and laughing” with Father Atkinson at a local grill.

“Sometimes the saints are a little distant and hard to aspire to,” said Sister Kathleen. “But Bill was certainly a very real person that you just liked being around.”

Fellow childhood friend Helene Donohue also recalled “how much fun he was,” and admitted “he was so cute – blue eyes, gorgeous — I was actually disappointed when he went in the seminary.”

Donohue and Father Atkinson’s sister, Betty Atkinson Harvey, said the priest was the life of the party during “Irish Night” at a Jersey Shore hotspot.

“We would all pile into Bill’s van and head over to the Springfield Inn in Sea Isle,” said Harvey. “He’d get out on the middle of the floor in his wheelchair and spin around.”

Father Atkinson’s ready wit and literary gifts blended to form one of Mullen’s fondest memories of her brother.

As a birthday present, the priest had written a poem thanking his older sister for “teaching him how to tie his shoes, ride a bike and separate pennies, nickels and quarters,” said Mullen. “He joked that being able to do one out of three wasn’t bad.”

With the cause’s documentation set to be presented to the Vatican during the first week of December, a significant part of “the work that remains to be done … is largely in our hands,” said Father DiGregorio – namely, “to make others aware” of “Father Atkinson’s life, his witness and the message he proclaimed through his ministry.”

Although public veneration is permitted only for beatified or canonized saints, individuals or groups can pray for the intercession of those declared Servants of God – and Father Atkinson’s high school classmate Tom Sprows is glad to invoke the priest for spiritual aid “every day.”

To learn more about Father Atkinson and to support his cause through the Father Bill Atkinson Guild, visit the official Augustinian website at www.augustinian.org/the-cause. Visitors to the site can also access there the 2020 PBS documentary entitled “Extraordinary: The Bill Atkinson Story.”