The church’s teaching on war and peace 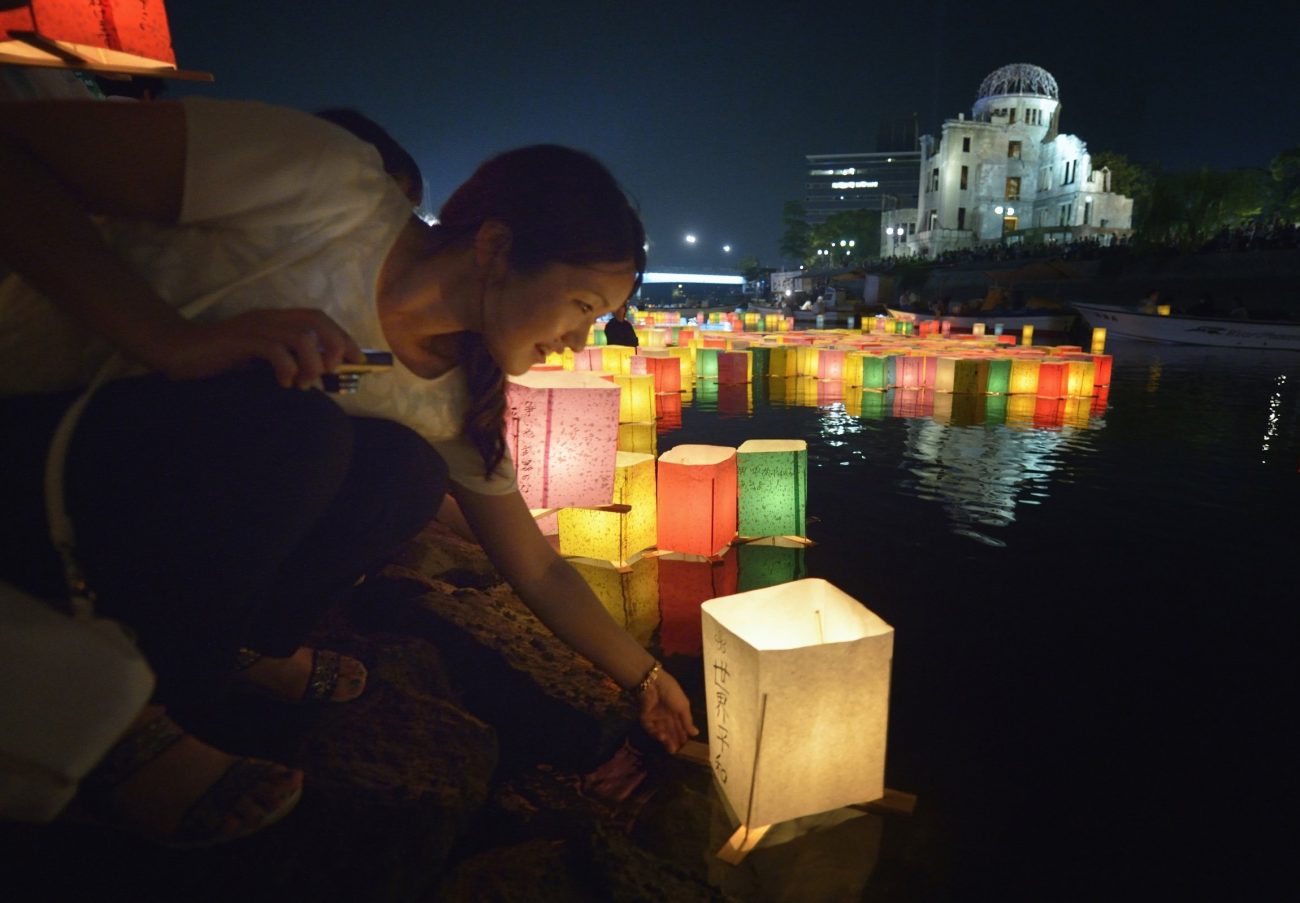 A woman sets a floating candle lantern on the river Aug. 6, 2015, in Hiroshima, Japan. "Peace is founded on the primary relationship that exists between every human being and God himself, a relationship marked by righteousness," declares the Compendium of the Social Doctrine of the Church. (CNS photo/Paul Jeffrey)

The church’s teaching on war begins and ends with its teaching on peace. Building peace does not ultimately rely upon weapons. Peace is built upon human rights and social justice.

Peace is both the starting point and the ultimate goal of the church’s teaching on “war and peace.” Although the tradition includes the concept of “just war,” it is more important to speak of a “just peace.”

St. John Paul II had a beautiful image for peace. “Like a cathedral, peace has to be constructed, patiently and with unshakeable faith,” he said.

He warned that peace is destroyed “wherever the strong exploit the weak; wherever the rich take advantage of the poor; wherever great powers seek to dominate and to impose ideologies.”

Peace is a positive social reality in which people can find fulfillment. For conflicts to be resolved and for people to prosper, the basic demands of justice and equity must be fostered. Pope Paul VI put it succinctly, “If you want peace, work for justice.”

The Catechism of the Catholic Church teaches: “Peace is not merely the absence of war, and it is not limited to maintaining a balance of powers between adversaries. Peace cannot be attained on earth without … respect for the dignity of persons and peoples. … Peace is the work of justice and the effect of charity” (No. 2304).

St. John Paul was highly skeptical of modern warfare: “Today, the scale and the horror of modern warfare — whether nuclear or not — makes it totally unacceptable as a means of settling differences between nations. War should belong to the tragic past,” he said.

The catechism quotes the Second Vatican Council’s acknowledgement that “as long as the danger of war persists and there is no international authority with the necessary competence and power, governments cannot be denied the right of lawful self-defense, once all peace efforts have failed” (No. 2308).

A “just war” must adhere to moral principles. War is permissible only to serve a just cause and confront aggression whose dangers are “lasting, grave and certain” (No. 2309).

War must be declared by a competent governing authority and only as a last resort. There must be a probability of success since only correcting a fundamental injustice legitimates the use of force.

In addition, the conduct of the war must use force that is both proportionate and discriminate. The good the war aims to achieve must outweigh the evil caused, and no act of war can be directed against innocent civilians.

The destructive power of modern weapons makes it more difficult to meet “just war” criteria today. Some believe it is more morally appropriate to speak of the use of “just force,” but not “just war.”

“Just force” might include limited military engagements that separate warring parties or police-like actions that protect vulnerable populations such as U.N. peacekeeping missions.

There is another stream of the Catholic tradition regarding how to resist injustices and aggression. In their 1993 reflection, “The Harvest of Justice is Sown in Peace,” the U.S. bishops pointed to the effectiveness of nonviolence in countering unjust aggression in Eastern Europe, South Africa and elsewhere.

They acknowledged that many Catholics believe nonviolence better reflects the values of the Gospel. At the very least, nonviolent resistance to injustice provides another effective tool that should be considered before one resorts to the use of force.

Pope Francis has built upon the teaching of his predecessors. In the encyclical “Fratelli Tutti, On Fraternity and Social Friendship,” Pope Francis explores “the injustice of war” and quotes St. John XXIII who taught that “it no longer makes sense to maintain that war is a fit instrument with which to repair the violation of justice.”

Other modern popes have reached the same conclusion. Pope Francis makes the bold judgment: “Every war leaves our world worse than it was before. War is a failure of politics and of humanity.”

Tragically, the nations of the world invest enormous resources in preparing for war. Instead, the church argues that humanity should invest more in building peace. Vatican II argued that “the arms race is an utterly treacherous trap for humanity, and one that ensnares the poor to an intolerable degree.”

Let us look at the war in Afghanistan in light of the church’s teaching. At the onset of that war, the U.S. bishops called for the observance of the “norms of the just war tradition” such “as noncombatant immunity, proportionality, right intention and probability of success.”

Two decades ago they warned about the difficulty of assessing the “probability of success” and called for “developing criteria” for when would be “appropriate to end military action in Afghanistan.”

The war went on for 20 years without success or clear criteria for its end. According to a study by Brown University, the war cost our nation over $2 trillion and resulted in the deaths of an estimated 243,000 people, including over 6,000 Americans and over 70,000 civilians, not including indirect deaths from disease, hunger or destruction of infrastructure.

In light of these realities of modern warfare, it is little wonder that Vatican II called for an “evaluation of war with an entirely new attitude.”

Stephen M. Colecchi retired as director of the Office of International Justice and Peace of the U.S. Conference of Catholic Bishops in 2018. He currently serves as an independent consultant on Catholic social teaching and international issues of concern to the church.

PREVIOUS: This holiday season, remember it’s not about you

NEXT: Homelessness and the ministry of witness