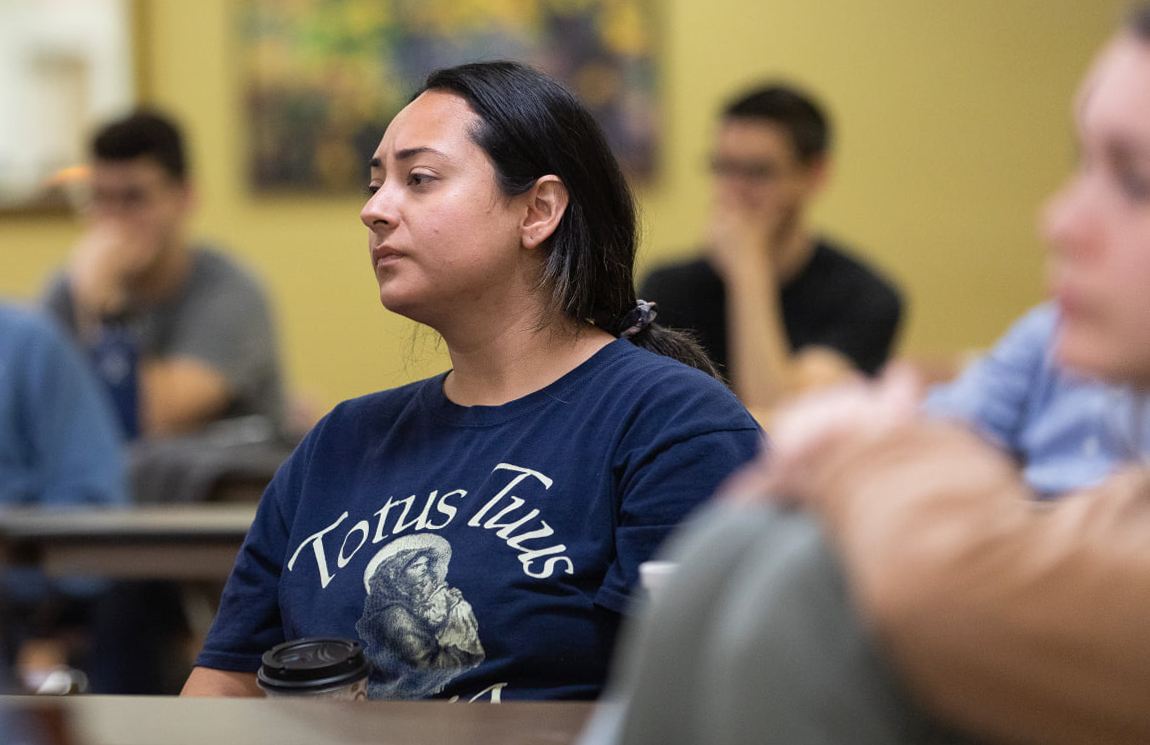 A homegrown ministry by and for young people is spreading a message of hope throughout the area, thanks to the dedication of six missionaries and their generous supporters.

Drawing on Catholic social teaching and St. John Paul II’s “Theology of the Body,” the team will give presentations to preteens, adolescents and young adults on topics such as chastity, sexual integrity and the importance of marriage and family.

A $130,000 grant from the Ambassador’s Fund for Catholic Education, plus additional support in subsequent years from the Catholic Foundation of Greater Philadelphia’s Ministry Support Fund, will enable the Culture Project to foster formation, prayer and service in parishes, schools and religious education programs throughout the archdiocese.

The initiative has been enthusiastically endorsed by Archbishop Nelson Pérez, who recently approved the Culture Project’s establishment of an international chapter within the archdiocese – and who has previously described youth and young adult outreach as a longtime “ministerial passion” of his.

“We are truly blessed … to welcome a full-time team of missionaries dedicated to serving our local church,” said the archbishop. “Without reservation, I give my wholehearted support to these courageous men and women who will embark on a one-year journey to help our young people make well-formed and informed life decisions that reflect their faith and conscience.”

Founded by Cristina Barba Whalen, a graduate of Archbishop John Carroll High School, the Culture Project counters “the throw-away culture that views the human person as dispensable,” according to the organization’s website – and the outreach has gained traction throughout the nation.

Missionary Amber Charles learned of the Culture Project while studying supply chain management and international business at the University of Kansas, from which she graduated in 2020. Her campus minister had served as a missionary for the project, and Charles found herself drawn to the initiative’s “core mission” of “(breaking) down the walls that keep people outside and (bringing) them in by reminding them of their dignity and worth,” she said. “I wanted to be part of that.”

Fellow missionary Nick Schartz, a southern California native, first encountered the Culture Project while attending a 2018 FOCUS conference in Chicago. By 2020, he had decided to commit to a missionary year with the group.

With a presence on Facebook, Instagram and YouTube, the Culture Project is also meeting youth and young adults where they’re most likely to be these days: online.

That’s exactly how missionary Clare Hall learned of the initiative, which she found to be both surprising and transformative.

“There’s so much more depth and beauty to chastity and living a life of sexual integrity than I ever expected,” Hall admitted. “I’ve never felt more loved than in that context, and that is something that desperately needs to be shared with our broken and confused society today.”

“The message of our dignity as sons and daughters of God, and the love we were made for is a message our culture needs,” he said. “I became a Culture Project missionary so others can become fully alive.”