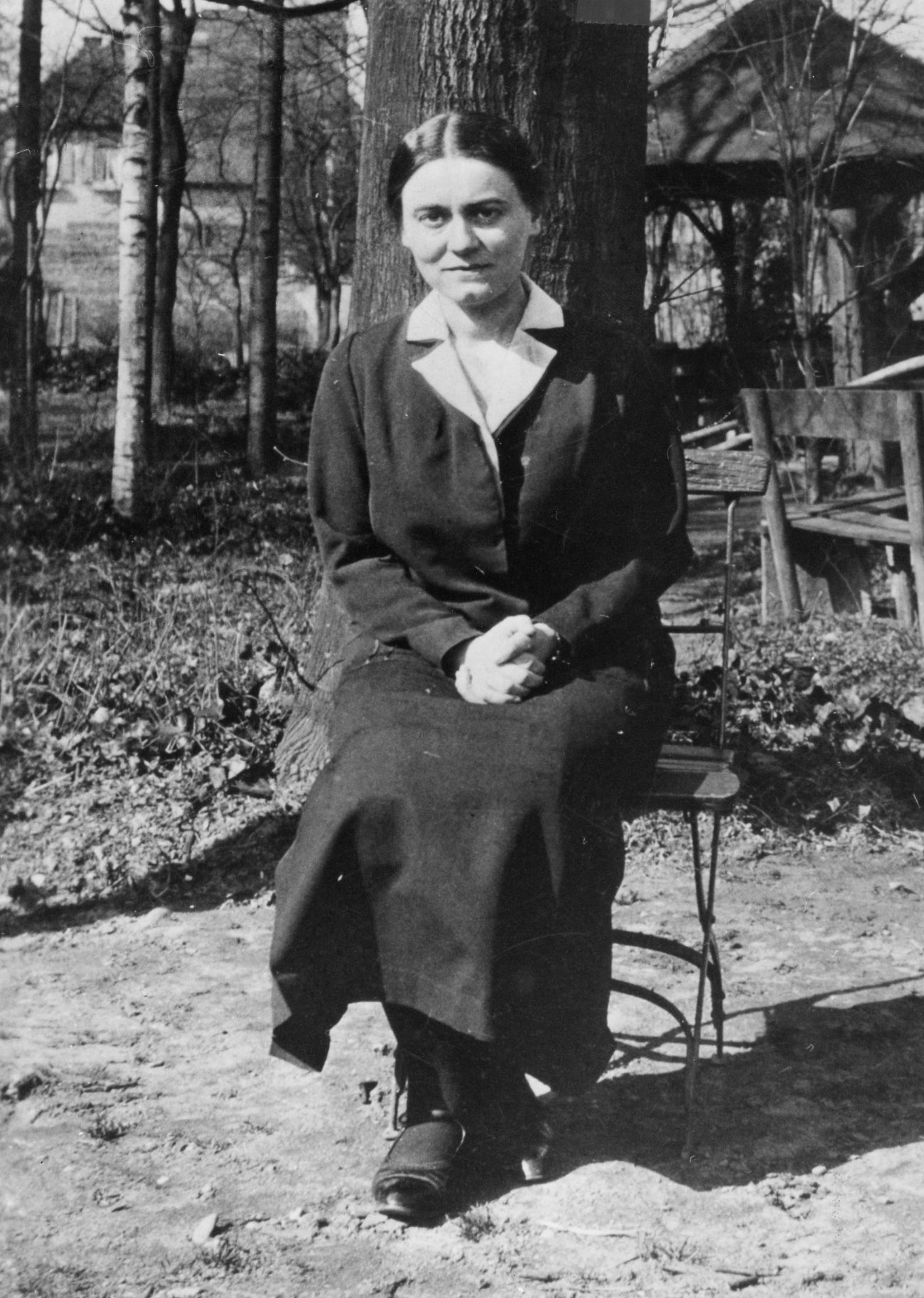 St. Teresa Benedicta of the Cross, also known as St. Edith Stein, is pictured in an undated photo. St. Teresa converted from Judaism to Catholicism in the course of her work as a philosopher, and later entered the Carmelite order. She died in the Nazi concentration camp at Auschwitz in 1942. (CNS files)

The second reading for the Third Sunday of Advent is a place of personal resonance:

“Have no anxiety at all, but in everything, by prayer and petition, with thanksgiving, make your requests known to God. Then the peace of God that surpasses all understanding will guard your hearts and minds in Christ Jesus” (Phil 4:6-7).

Never before have I understood the “why” behind these words. Verse 5 lends an answer: “The Lord is near.”

As we approach the feast of Our Lord’s birth, I imagine many of us are tired.

Grief has etched itself into many of our stories perhaps in these past two years especially, but holidays in their association with joyous celebration also have a way of bringing old griefs into greater relief.

And yet, in all things the Lord is near.

St. Teresa Benedicta of the Cross, also known as St. Edith Stein, knew this well. She lived in tumultuous times — the reality of Nazi-occupied Europe necessitated a move from a convent in Germany to a convent in Holland, from which Stein was taken in 1942 and killed at Auschwitz.

Yet, for Stein, God offered a place of rest, which could be accessed in all circumstances, even in the midst of the fear, terror and unrest of her age.

“The work of salvation takes place in obscurity and stillness,” Stein said in her essay, “The Prayer of the Church.” “In the heart’s quiet dialogue with God the living building blocks out of which the kingdom of God grows are prepared.”

How are we making room in our hearts and minds for him this Advent?

At times, I’ve found it difficult to “prepare him room.” The anxiety of days weighs down my spirits, and amid the busyness, I sometimes pause long enough to glimpse the frenetic pace of my life. It is in this place that I’m called to listen at the door of my heart for Christ’s gentle knock.

Stein suggests beginning the day in the presence of God. This can be both a way to combat our anxieties about, as St. John Paul II aptly puts it in one of his poems, “the terror of things to be done” and to regain peace.

Stein simply says, “My first morning’s hour belongs to the Lord. I will tackle the day’s work which he charges me with, and he will give me the power to accomplish it.”

To lean on the Lord in this way, to rest in him as we go through our days, is not an easy task. Stein notes that in our day’s work we often run into roadblocks to peace and rest:

“We cannot achieve in each hour what we want, perhaps in none. We must contend with our own fatigue, unforeseen interruptions, shortcomings of the children, diverse vexations, indignities, anxieties.”

I am reminded of the crowds who turned to John the Baptist with the question “What should we do?” (Lk 3:10). They thirsted for the One who would “baptize … with the Holy Spirit and fire.”

As they listened to John’s call to leave behind old patterns of living, “the people were filled with expectation” for the Christ.

Their expectation is ours. Meeting the Lord in prayer, Stein says, gives us the strength to take the next step on our journeys with him:

“And it (the soul) sees clearly the next part of the path before it; it does not see very far, but it knows that when it has arrived at that place where the horizon now intersects, a new vista will then be opened.”

This image feels so true to discernment. The path may sometimes seem steeped in fog. Though we dwell in a world of many uncertainties, Stein highlights our most brilliant certainty — our God, who is not only near but is “the support and ground of my own unsupported and groundless being.”

Her confidence gives answer both to those still waiting for the Lord in the time of John the Baptist and to those awaiting his second coming both at the time of St. Paul and today.

In response to the various anxieties and uncertainties that populate our modern day, Stein gently presses into these tender places:

“And when he tells me through the mouth of the prophet that he stands more faithfully at my side than my father and my mother, yea that he is love itself, then I begin to understand how rational is my trust in the arm that carries me and how foolish is my fear of falling prey to nothingness.”

He asks only that we abide with him. We may sometimes need to renew our yes hour by hour, but in saying yes, we open ourselves to his transformative love.

In this treasured time of the church year, where the extraordinary takes up residence in the ordinary of our lives, I pray our hearts may be oriented toward rest, toward the tranquility a more vivid confidence in his love brings.

May it embolden us to throw open the doors to him, to greet him at the thresholds of our hearts with joy.

Weishar is a poet and freelance writer from the Diocese of Peoria, Illinois.

PREVIOUS: Prepare way for Jesus who breaks into history and our everyday lives

NEXT: Readings of the Holy Mass – Second Sunday of Advent