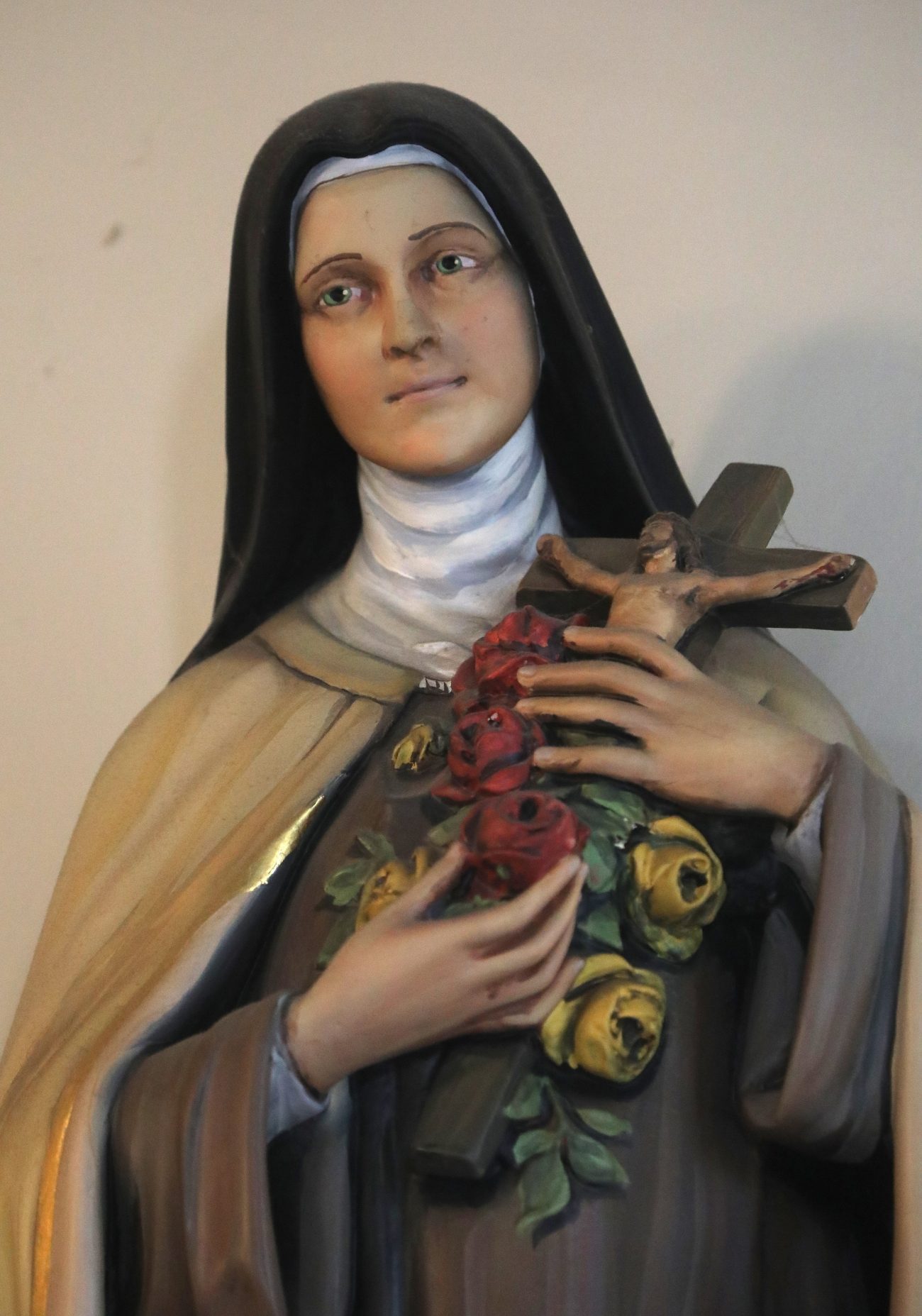 A statue of St. Therese of Lisieux is pictured at the historic St. Mary’s Church in Annapolis, Md., July 1, 2021. “Joy is not found in the things which surround us, but lives only in the soul,” St. Therese said. (CNS photo/Bob Roller)

As we enter the second week of Advent, things are ramping up in anticipation of Christmas. That means we are well on our way to the celebration of the Incarnation and the hope it brings.

But all too often, as the season marches along, it can be hard to keep our focus on the true meaning of the season and not on all the noise that surrounds it and drowns out the message of Christ’s birth.

Sometimes it feels like the overwhelming message of the Christmas season has become bigger, louder, faster — the complete opposite of what the season of Advent should be about — a quiet birth in a tiny manger, following a long journey.

And I’m sorry to say that all too often I, too, have found myself caught up in the whirlwind of the Christmas season. I suspect I’m not alone. After all, there are presents to be bought and wrapped, cookies to be baked and decorating to be done.

Oh, and there’s also that whole Advent thing going on too. That’s just the way the Christmas season is, right? Well, no, actually.

I discovered that last year during the pandemic, with its stay-at-home mandates. Suddenly there were no gatherings that needed trays of cookies. Shopping was seriously curtailed.

And was it really necessary to overly decorate for people who would not see it? I began to rethink the season and realized that my view of the season was seriously out of line.

Enter St. Thérèse of Lisieux. During one of my many COVID-19 inspired cleaning sessions, I found a prayer booklet about this saint and doctor of the church tucked away in the back of my bedside table.

I browsed through the first few pages and became reacquainted with St. Thérèse and the way she encountered Christ in the simple, everyday moments of life. I thought to myself, Who better to bring me back to the basics than this saint who embodied the concept of simplicity?

On the top of one of the pages, I read the quote, “Joy is not found in the things which surround us, but lives only in the soul.” What a great message for this time of year. The more I read, the more I was reminded to find the joy in the many little incarnations of Christ in my everyday life.

St. Thérèse found such examples from within the walls of her monastery. Surely, I could do the same from the confines of my home.

Suddenly, having a picture-perfect Christmas card with just the right message, decorating my house in a way that would make Pinterest-obsessed people jealous, and buying a perfect present for someone seemed a bit less important.

For even without all those things, the hope and joy of Christmas still would come. The words of St. Thérèse spurred me to be more patient and focused during the days of the Advent season.

I began to seek out small ways to welcome the hope of Christmas and its message into our home. Each card we received became an opportunity to pray for the sender. For each present that was purchased, an item was offered to those in need. Simplicity became the theme.

St. Thérèse and her little way became my guide.

Walking through the Christmas season with St. Thérèse reopened my eyes and helped me refocus on, as the popular saying goes, “The reason for the season.”

This year, hopefully she will once again help me to patiently await the birth of Christ in all its simplicity.

We are reminded of that with St. Thérèse’s own words: “Our Lord does not look so much at the greatness of our actions, nor even at their difficulty, but at the love with which we do them.”

Susan Hines-Brigger is a mother of four, ranging in age from 23 to 11. She is also an executive editor of St. Anthony Messenger magazine.

NEXT: Prepare way for Jesus who breaks into history and our everyday lives