Even when rejected, God seeks out his children, pope says 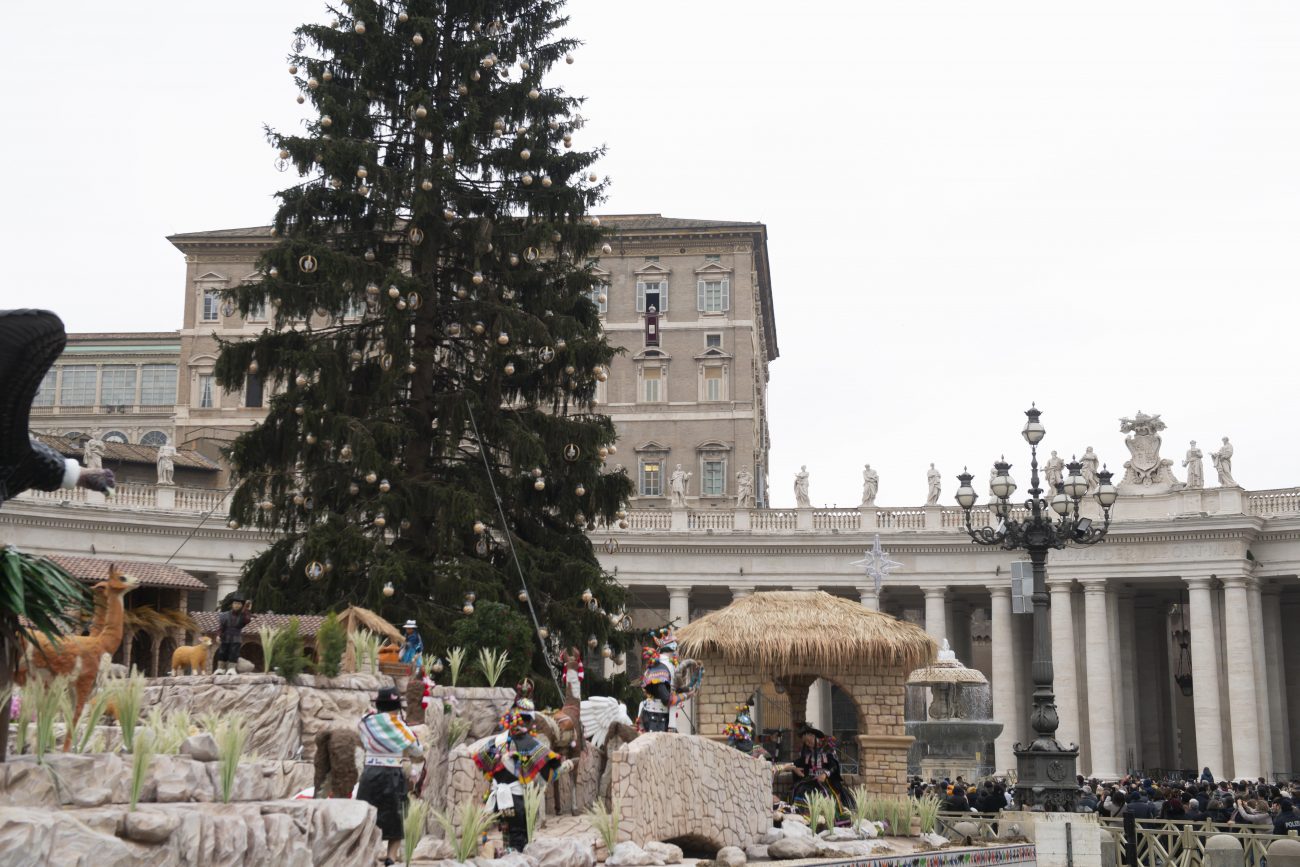 The Christmas tree and Nativity scene are seen as Pope Francis leads the Angelus from the window of his studio overlooking St. Peter's Square at the Vatican Jan. 3, 2021. The pope told pilgrims that God is always close to his children and, even "if we reject him, he does not tire of seeking us out." (CNS photo/Vatican Media)

Christians can rest assured that even when they feel unworthy, God is a good shepherd who goes in search of them, Pope Francis said.

Speaking to pilgrims gathered in St. Peter’s Square Jan. 2 for his Sunday Angelus address, the pope said God persists with his children “because he does not resign himself to the fact that we can go astray by going far from him, far from eternity, far from the light.”

“This is God’s work: to come among us,” the pope said. “If we consider ourselves unworthy, that does not stop him: he comes. If we reject him, he does not tire of seeking us out. If we are not ready and willing to receive him, he prefers to come anyway. And if we close the door in his face, he waits.”

Reflecting on the prologue of the Gospel of St. John, in which the apostle proclaims that “the Word became flesh and dwelt among us,” the pope said the phrase contains a paradox in that “the Word is eternal” while “the flesh” is “fragile, limited and mortal.”

The “polarities,” he said, explain “God’s way of acting. Faced with our frailties, the Lord does not withdraw.”

God does not stay confined to “his blessed eternity,” the pope said, but instead draws near to his children by making himself incarnate and dwelling “in lands that are foreign to him.”

“He is truly the good shepherd,” Pope Francis said, “the Word that becomes flesh to share in our life.”

“Jesus is the good shepherd who comes to seek us right where we are: in our problems, in our suffering,” he said.

Pope Francis encouraged people not to be afraid of welcoming the Lord in their hearts, even when they “seem too contaminated by evil.”

“Think of the stable in Bethlehem. Jesus was born there, in that poverty, to tell us that he is certainly not afraid of visiting your heart, of dwelling in a shabby life. And this is the word: to dwell,” Pope Francis said.

“To dwell is the verb used in today’s Gospel to signify this reality,” he added. “It expresses a total sharing, a great intimacy. And this is what God wants: he wants to dwell with us, he wants to dwell in us, not to remain distant.”

PREVIOUS: Readings of the Holy Mass – Epiphany of the Lord