Pray with united hearts for peace in Ukraine, Europe, the world 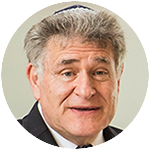 Beyond all political calculations, the world is facing an objective reality that should weigh heavily on the heart of every thoughtful person: one European nation invades another with a powerful army to subjugate it.

The painful images that we see remind us of comparable scenes in the last century, which we hoped would never be repeated.

At this moment all those who venerate human life cannot remain silent. According to the prophet Amos (1:2), God roars on occasions like these, and does so through the voice of the prophets. When the biblical stress on the supreme value of human life is ignominiously discarded, we must roar in unison in imitation of the prophets.

“Those who wage war forget humanity. … They trust in the diabolical and perverse logic of weapons, which is the furthest from the logic of God. And they distance themselves from ordinary people, who want peace, and who – the ordinary people – are the real victims in every conflict, who pay for the follies of war with their own skin. … With a heart broken by what is happening in Ukraine – and let us not forget the wars in other parts of the world, such as Yemen, Syria, Ethiopia – I repeat: put down your weapons!”

These words reminded me when I was with Pope Francis at Yad Vashem, the World Holocaust Remembrance Center in Jerusalem, when my friend visited there in 2014. I remembered his eloquent phrases as if he was one speaking for God: “Adam, who are you? I no longer recognize you. Who are you, O human being? What have you become? Of what horror have you been capable?”

That is the crucial question, shining light on the sin of those who presume to exercise the divine right over life and death.

In the Jewish tradition, God judges all of Creation on Rosh Hashanah, the Jewish New Year, and seals that judgment 10 days later on Yom Kippur, the Day of Atonement. During those 10 “Days of Awe,” each Jew should judge their own life and penitentially pray for God’s forgiveness. A very significant prayer is offered during this time:

The prayer goes on to say:

“Then the righteous will see it and rejoice, the upright will rejoice, and the pious will sing songs of joy. Injustice will close its mouth, and all the wickedness will vanish like smoke, when You remove the rule of evil. “

Beyond the specific beliefs of each people, the future of humanity depends on the universal practice of respecting absolutely each individual human person. In Leviticus 19:16, the Bible commands that we do not remain aloof to the bloodshed of others. It was indifference, apathy, and insensitivity to the suffering of others that led to the awful massacres of the past and to those occurring in the present.

If death rules over life, arrogance over sanity, war over peace, our earthly reality will soon become a place where the holiness of God will no longer be welcomed.

We know that there are many ways to pray, but it can be said that the deepest prayer involves the whole person. In Psalm 35:10, the psalmist sings that all his bones proclaim the glory of God. Psalm 84:2(3) speaks of prayer being offered with the heart and the whole body.

Pope Francis has asked that this Wednesday, March 2, which is the first day of the Christian 40 days of Lent, be a day of prayer and fasting for peace in Ukraine. I am sometimes struck by the similarities between the penitential Jewish Days of Awe and the Christian penitential season of Lent. We both understand that God watches us and assesses our decisions and behaviors.

Surely, therefore, Jews, Catholics and indeed all people of good will can unite their hearts and beings in yearning for peace and the setting down of weapons.

Rabbi Abraham Skorka, co-author with the future Pope Francis of “On Heaven and Earth,” is a visiting professor at Gratz College in Philadelphia, where he resides on the campus of St. Joseph’s University.

PREVIOUS: The hardest question, over dinner: What would God do?

NEXT: Mercy of God shines through sacrament of penance