Faith and friendly competition make everyone a winner at ‘Religion Bee’ 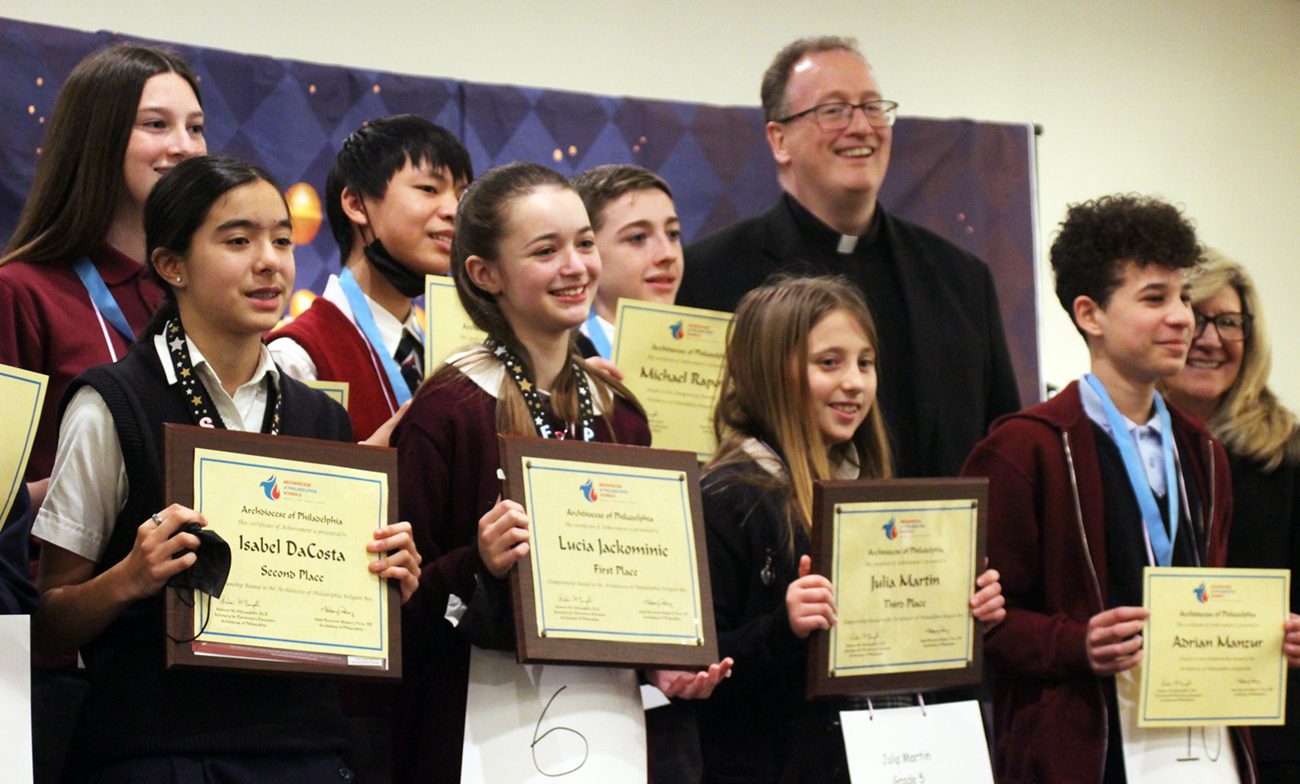 Faith and friendly competition were on display at an archdiocesan-wide quiz game that crowned its final winners April 8 at the Shrine of St. John Neumann in Philadelphia.

Ten students from grades five through eight — drawn from 39 archdiocesan, Independence Mission and private Catholic elementary schools throughout the area – gathered onstage at the shrine’s multipurpose hall for the final round of the Religion Bee.

Sponsored by the archdiocesan Office for Catholic Education, the competition drilled participants on their knowledge of Scripture, sacraments, doctrine and devotion, as well as archdiocesan history.

That last category was an important one, said competition moderator and Immaculate Heart of Mary Sister Margaret Rose Adams.

“It’s who we are, and our archdiocese has such rich history within the Catholic Church,” said Sister Margaret Rose, who serves as assistant superintendent for archdiocesan elementary schools in Philadelphia and Bucks counties.

Taking first place in the bee was Lucia Jackominic, a seventh grader at St. Anthony of Padua Regional School in South Philadelphia, who correctly identified the colors of the papal flag as yellow and white.

She then sealed her win with a follow-up question, naming St. Francis Xavier as a Jesuit missionary who followed in the footsteps of St. Ignatius of Loyola.

“I studied a lot,” Jackominic said afterward. “First, my mom would ask the (study) questions to see what I knew, then we would work on the ones I didn’t know until I got them, and then we just reviewed them all.” 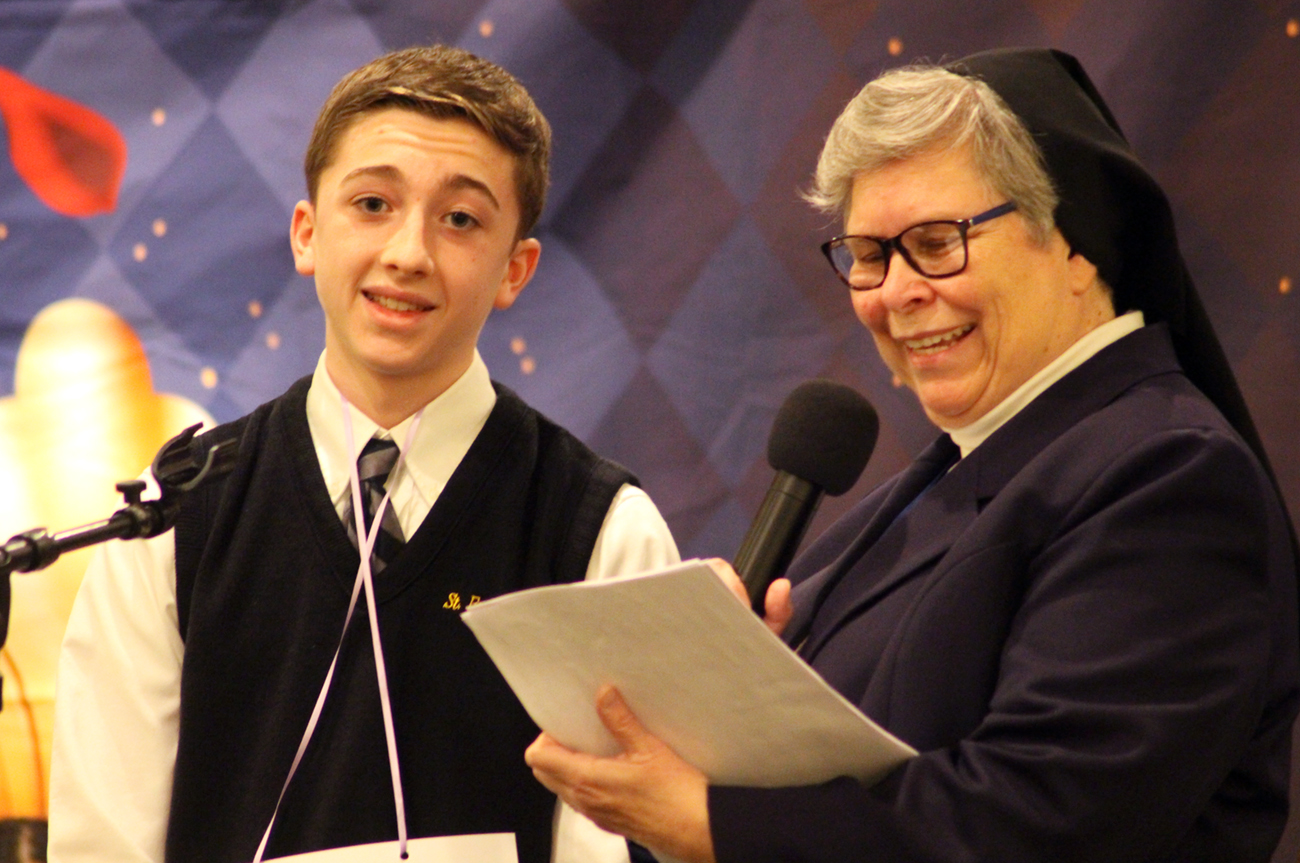 Regardless of their final standings, all who participated – from beginning to end – benefited, said Sister Margaret Rose.

“The children got excited, knowing about their faith,” she said.

“It was good for both teachers and students,” she said.

For one student, the competition was life-changing: Rufina Wiggins, a seventh-grade student at Blessed Trinity Catholic School in Philadelphia, said she is now considering becoming a Catholic after participating.

Already a Christian, Wiggins said the move would enable her to “express (her) beliefs more than (she) can now. … It’s more of a choice, not something I was born into.”

During the classroom-level round, Wiggins was cheered on via video by family members in Liberia, who crafted homemade drums for the occasion.

Even after the applause has faded, however, the lessons of faith will live on in participants’ hearts, said Papp-Smith.

“I think these kids will retain what they’ve learned” from the experience, she said.

NEXT: Hunger relief agency gives baskets of ‘Easter joy’ to dozens of kids