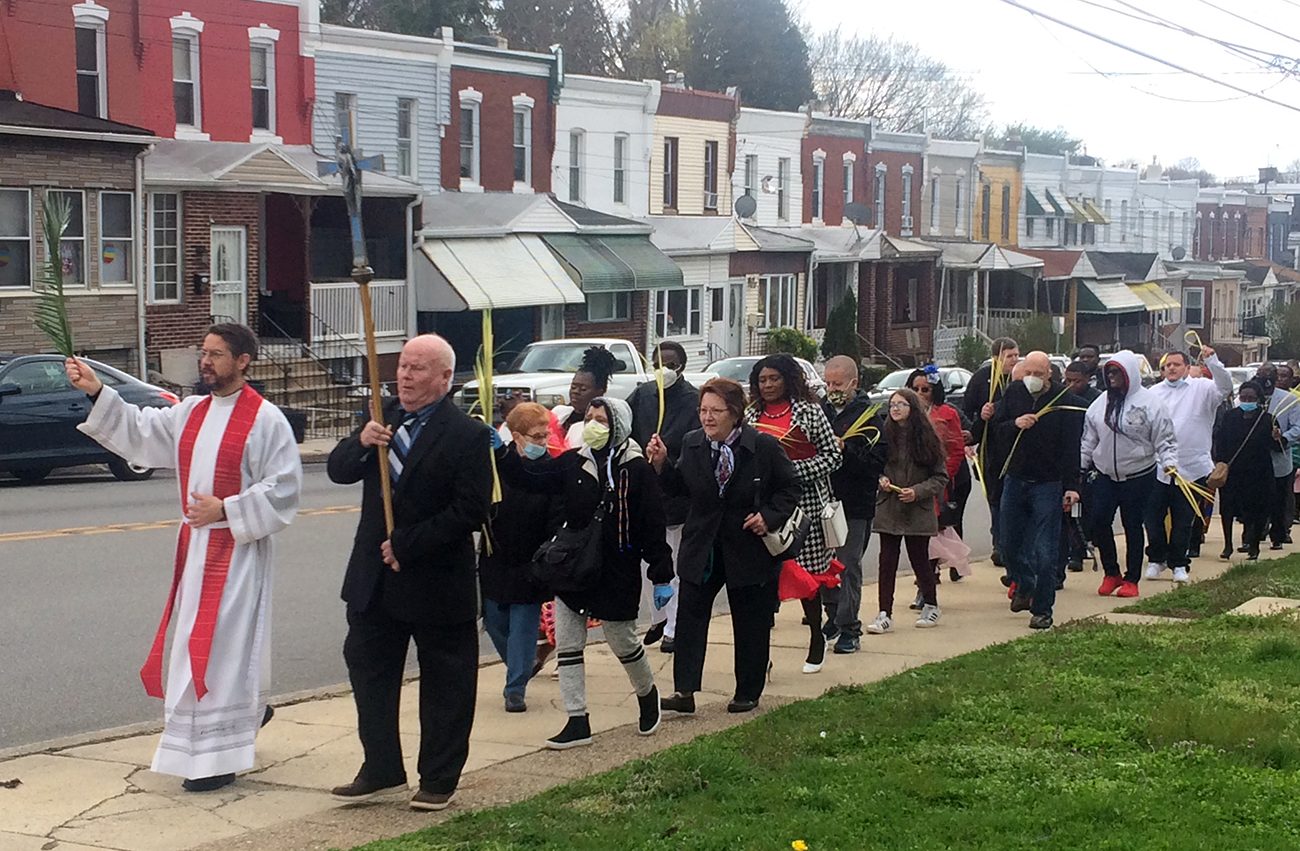 In Darby, Holy Week began with a blessing of both palms and municipal buildings, thanks to a Delaware County priest who also serves as a police chaplain.

On April 10, Blessed Virgin Mary (B.V.M.) Parish held a Passion Sunday procession along neighborhood sidewalks, and included on the route were the Darby Borough Police Department and the Darby Fire Company, which Father Mariano Dellagiovanna, parochial administrator of B.V.M., blessed.

The COVID-19 pandemic delayed those plans by about two years, but with restrictions largely relaxed, Father Dellagiovanna contacted the department at the beginning of March and reached an agreement with Gabe to make it happen.

Father Dellagiovanna suggested Passion Sunday would be a suitable occasion, since the solemnity reenacts Christ’s entrance into Jerusalem.

Gabe agreed, saying the day “goes back to when Christ went through the streets.”

After Dellagiovanna began the liturgical celebration by sprinkling the palms with holy water in the church parking lot, the congregation of approximately 100 then made its way through the municipality shortly after 11 a.m. while singing “hosanna.”

“We bless the police, the fire station and the people who serve us,” said Dellagiovanna.

As a safety precaution, members of the Darby Borough Police were on duty along the route. Upon reaching the station, Dellagiovanna stopped in the front entrance to perform the blessing, but blessed the firehouse from across the street so that participants would not have to cross Chester Pike, a heavily traveled road.

“It means a lot to the men and women who volunteer at the fire company,” said Fire Captain Karallus Dietrich. “Prayer really helps us. Men and women need courage to do certain calls. The only way to continue to do the job the right way is to follow the Lord’s word. We’re grateful for the blessing the fire house received today.”

Following the blessings, the faithful proceeded back to church for Mass and the reading of the Lord’s Passion of according to St. Luke. 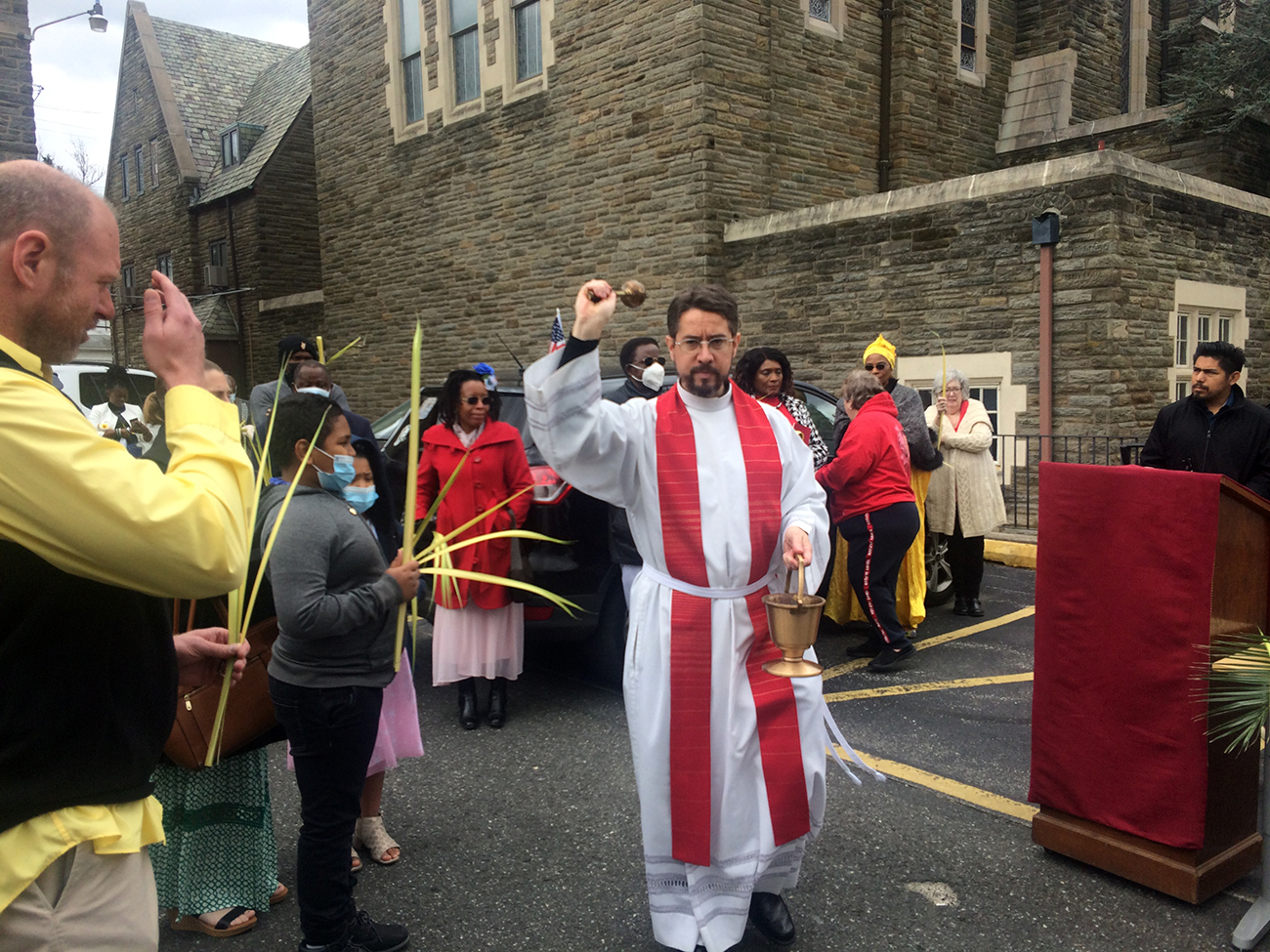