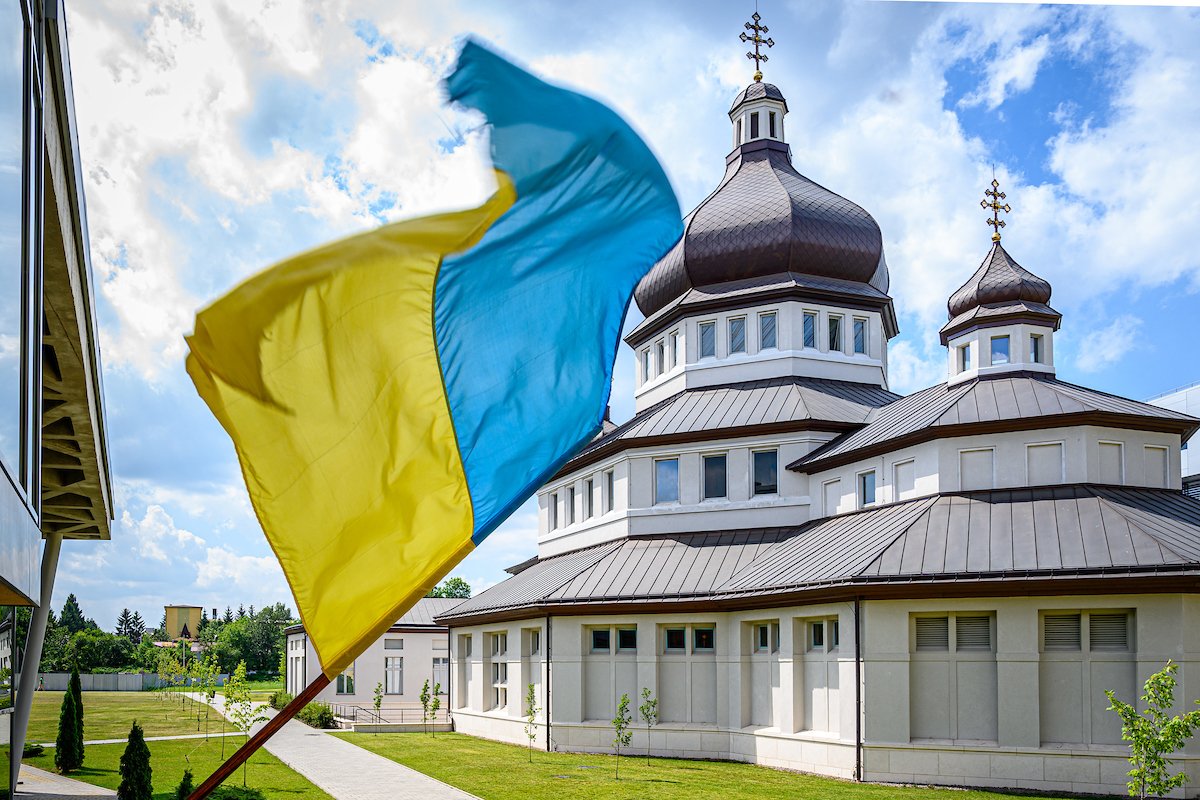 Ukrainian Catholics in Philadelphia and throughout the nation are “(welcoming) the European Union’s (EU) courageous step to extend Ukraine candidate status,” said Archbishop Borys Gudziak, head of the Ukrainian Greek Catholic Church in the U.S.

Yesterday, President of the European Council (EC) Charles Michel announced that both Ukraine and neighboring Moldova had been granted candidate status, in what he described as a “historic” decision amid this week’s EC summit in Brussels.

“We are sending a very strong message, a message of unity and of geopolitical determination,” said Michel, noting that former Soviet republic Georgia, whose “European perspective” was also recognized, would be also granted candidacy “once certain priorities are addressed.”

Ukraine applied for candidacy four days after Russia’s Feb. 24 invasion, which continues assaults Russia launched in 2014 with the attempted annexation of Crimea and the backing of separatist regions in Donetsk and Luhansk.

The latest round of aggression has been marked by particularly gruesome violence against civilians, prompting multinational calls for war crime and genocide investigations.

Ukraine’s road to full accession into the EU could take a decade or more, but yesterday’s announcement is “a sign that the EU recognizes the sacrifices Ukrainians are making daily to defend and guarantee Europe’s future,” said Archbishop Gudziak. 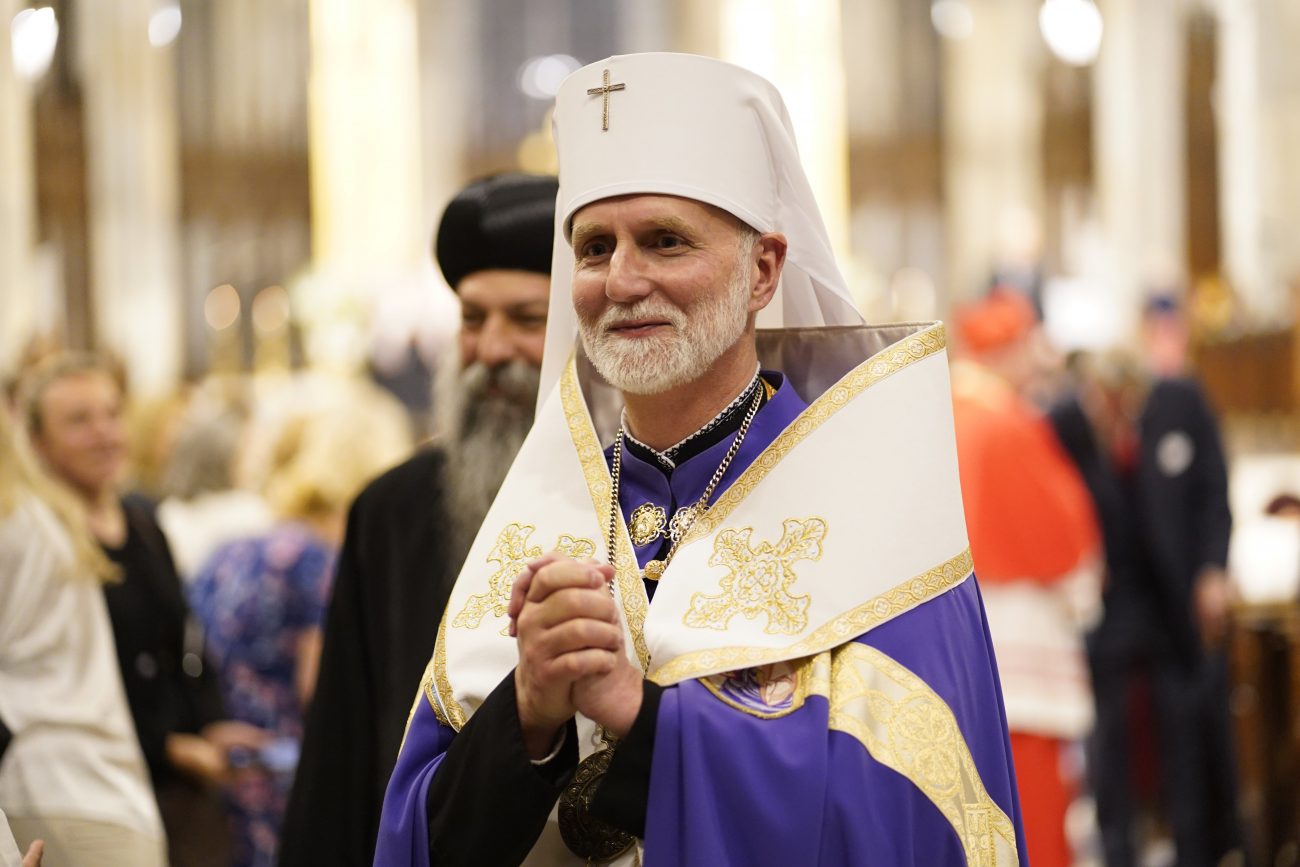 Archbishop Borys Gudziak of the Ukrainian Catholic Archeparchy of Philadelphia is seen greeting members of the congregation following a memorial prayer service for the victims of the Russian invasion of Ukraine at St. Patrick’s Cathedral in New York City June 11, 2022. The ecumenical event was co-hosted by the Archdiocese of New York and the Ukrainian Catholic Archeparchy of Philadelphia. (CNS photo/Gregory A. Shemitz)

“We appreciate Ukraine’s closer association with Europe, not only because it will help Ukraine’s defense at this time of the unprovoked Russian invasion, but also because Ukraine will contribute much to the EU,” said the archbishop.

Ukraine, which gained independence from the former Soviet Union in 1991, will strengthen and enrich the bond of the EU’s 27 member states, he said.

“Ukraine has brought the EU together while enduring its own internal crisis,” said Archbishop Gudziak. “Ukrainians are showing that there are principles worth living and worth dying for. Ukrainians in the hundreds are giving their lives every day for the principles of democracy, justice, and freedom.”

In particular, “two things have become evident” regarding EU unity.

As Russia’s brutal attacks continue, “Ukrainians are making the supreme sacrifice to defend (the) principles and values upon which the EU, and European civilization in general, were founded,” said Archbishop Gudziak. “They deserve more than anyone to be part of the European communion.”

PREVIOUS: Class of 2022 seniors net close to $450 million in scholarships

NEXT: Visitation’s garden grows with love, service to area’s hungry