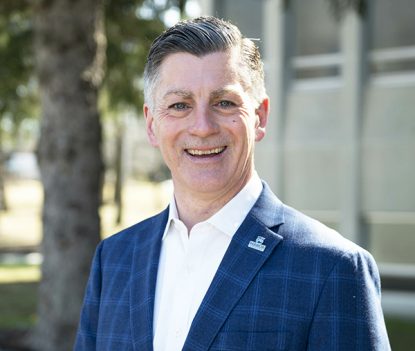 Jayson Boyers, who succeeded Sharon Hirsch as president beginning in 2020, resigned to pursue another opportunity in higher education.

At that time Cawley had been on a short list for the position but withdrew for family reasons, said Rosemont trustee chair Maria Feeley in a statement.

“Jim’s commitment to public service, his Catholic faith, extensive executive experience, deep ties to the community and the partnerships he’s forged with prominent Philadelphia higher education institutions made him an excellent candidate to lead the College and we’re thrilled that he is willing to serve,” she said.

Cawley most recently served as Temple University’s vice president of institutional advancement from 2017 to 2021. He led development efforts that raised $360 million in four years as well as a staff of 140 employees in 18 different schools, colleges and units in the university.

Prior to 2017 he was president and CEO of the United Way of Greater Philadelphia and Southern New Jersey, lieutenant governor in the Gov. Corbett administration (2011-2015) and a Bucks County commissioner.

He received his bachelor’s and juris doctor degrees from Temple University.

“I’m honored to accept the role of interim president of Rosemont College,” said Cawley. “As a product of Catholic education and a lifelong resident of the Greater Philadelphia area, I’m intimately familiar with and committed to the unique mission and traditions of Rosemont.

“I look forward to shaping the bright future of this storied institution by working closely with the Board of Trustees, the Sisters of the Holy Child Jesus, faculty, staff, students, alumni and the entire Rosemont College community.”

NEXT: Archdiocesan agency honored for providing ‘real alternatives’ to abortion