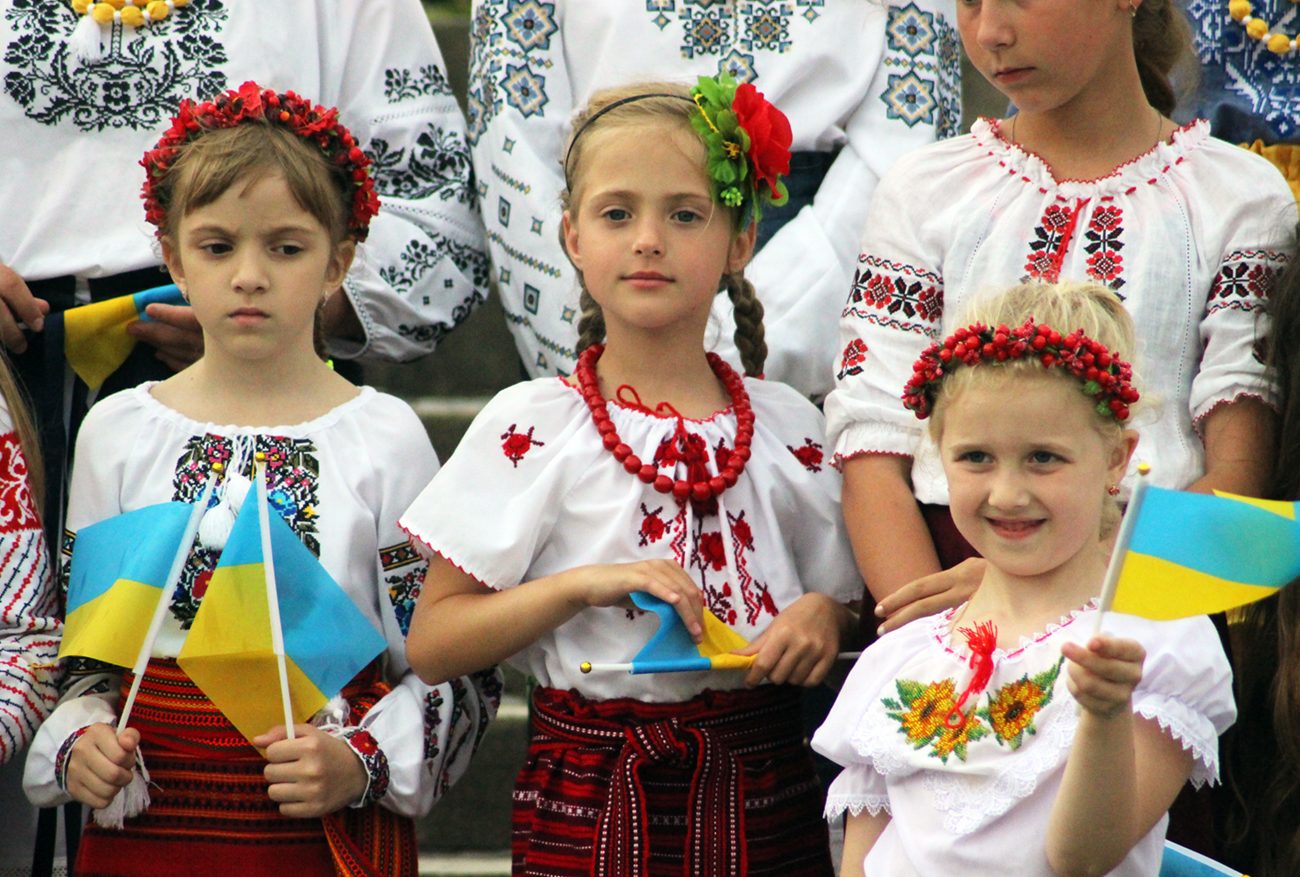 Girls in traditional Ukrainian attire perform at a June 1 rally to mark the International Day for the Protection of Children. The gathering, which took place outside the Philadelphia Museum of Art, highlighted the plight of Ukraine's children amid a brutal invasion by Russia, now in its fourth month. (Gina Christian)

With the war in Ukraine reaching the 100-day mark, a local Ukrainian Catholic priest offered public prayers this week for that nation’s children, and for kids everywhere.

Father Roman Pitula of the Ukrainian Catholic Archeparchy of Philadelphia joined dozens from the area’s Ukrainian community for a June 1 rally as part of the International Day for the Protection of Children. 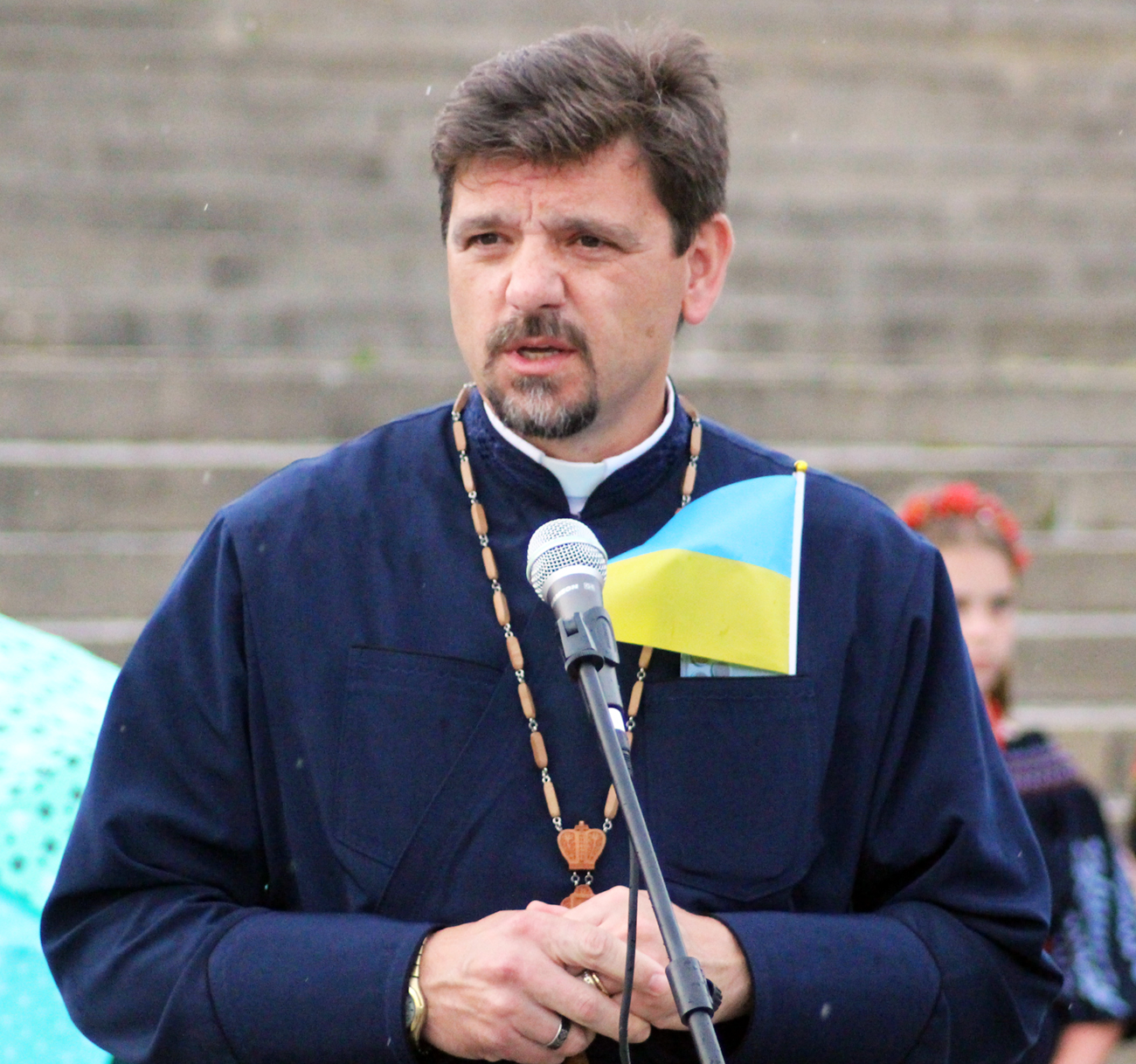 Ukrainian Catholic priest Father Roman Pitula offered prayers for children in Ukraine and everywhere at a rally outside the Philadelphia Museum of Art marking the International Day for the Protection of Children. (Gina Christian)

Observed in a number of countries, the occasion – which coincides with International Children’s Day — highlights efforts to protect children’s rights. The U.S. typically commemorates Children’s Day on the second Sunday of June.

Sponsored by a number of area Ukrainian organizations, Wednesday’s gathering — which took place in front of the Philadelphia Museum of Art — featured a number of musical and dance performances by kids, most wearing traditional (and highly symbolic) Ukrainian attire such as vyshyvanka, Ukrainian embroidered shirts and dresses, and vinoks, flowered headdresses.

Other attendees sported the blue and yellow of the flag of Ukraine, where at least 243 children have died and 446 children were injured as of the first 98 days of Russia’s most recent invasion, according to an official post by President Volodymyr Zelensky.

Another 139 are missing, he said, adding the numbers only represent “those we know about” since “we do not yet have all the information from the territory that is currently occupied.”

After Russia first invaded Ukraine in 2014, at least 152 children were killed and another 146 injured in Ukraine’s Donbas region, where Russian attacks — which routinely target civilian structures such as schools and hospitals — have intensified.

According to the United Nations, at least two children per day are now being killed because of the war in Ukraine, while an estimated 5.2 million of the nation’s children – 2.2 million of whom have fled to other nations – require humanitarian assistance.

International prosecutors are investigating reports that Russia has relocated more than 210,000 Ukrainian children to its territory, an act that violates the 1948 Genocide Convention.

At the start of the June 1 rally, Father Pitula – who serves as rector of Philadelphia’s Ukrainian Catholic Cathedral of the Immaculate Conception – prayed for divine protection of children worldwide, amid war and numerous other threats to their well-being.

“Keep evil far from them and help them to trust you as their refuge and strength,” he said. “Guard our children’s minds from harmful destruction and grant them discernment to recognize truth.”

“We ask for you to cover them in your care and hide them in the safety of your presence,” he prayed. “Remind them that you are always with them. Give them alertness, spiritual discernment, and wisdom to avoid temptation and to make the best choices. We thank you, God, that You walk ahead of them, beside them, and behind them.” 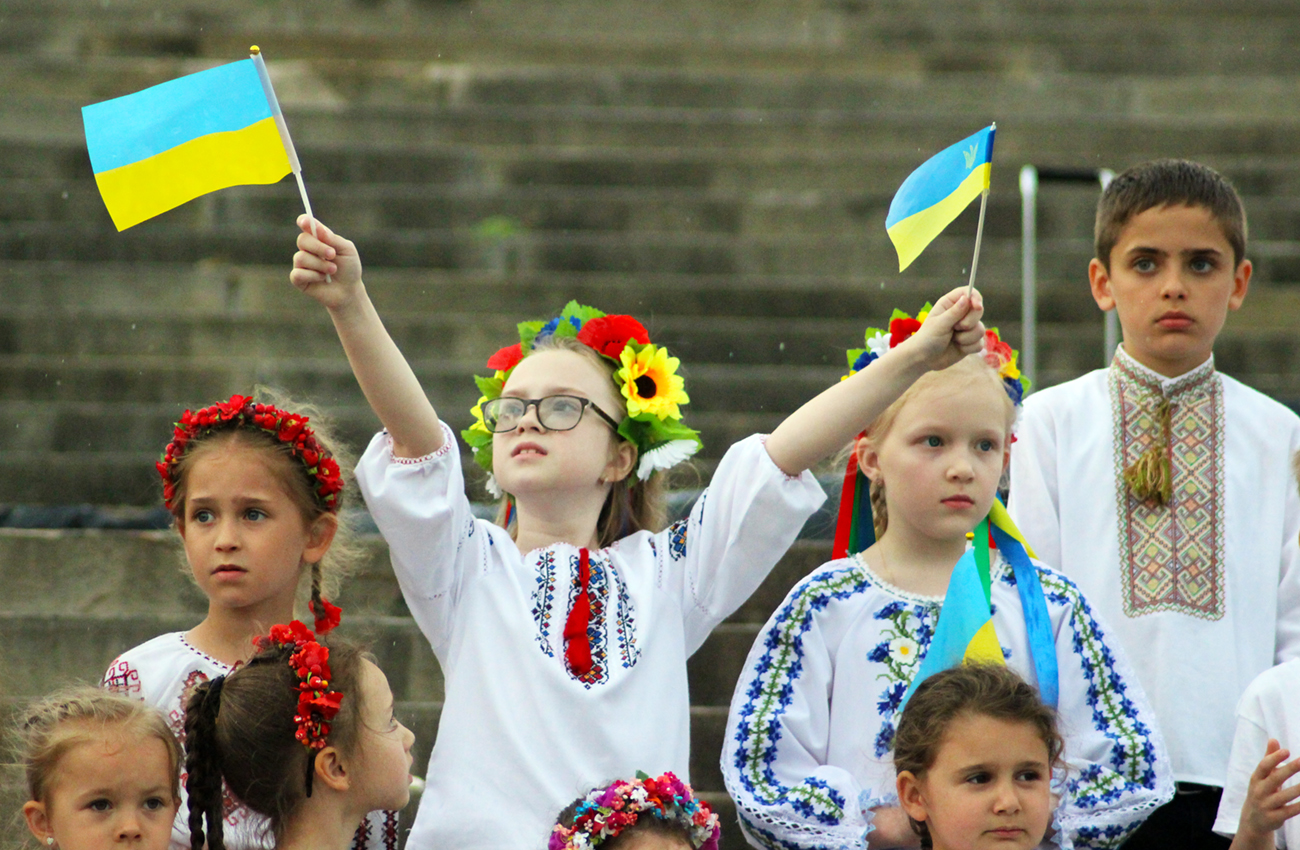 A girl in traditional Ukrainian attire displays the flag of Ukraine during a June 1 rally to mark the International Day for the Protection of Children. The gathering, which took place outside the Philadelphia Museum of Art, highlighted the plight of Ukraine’s children amid a brutal invasion by Russia, now in its fourth month. (Gina Christian)