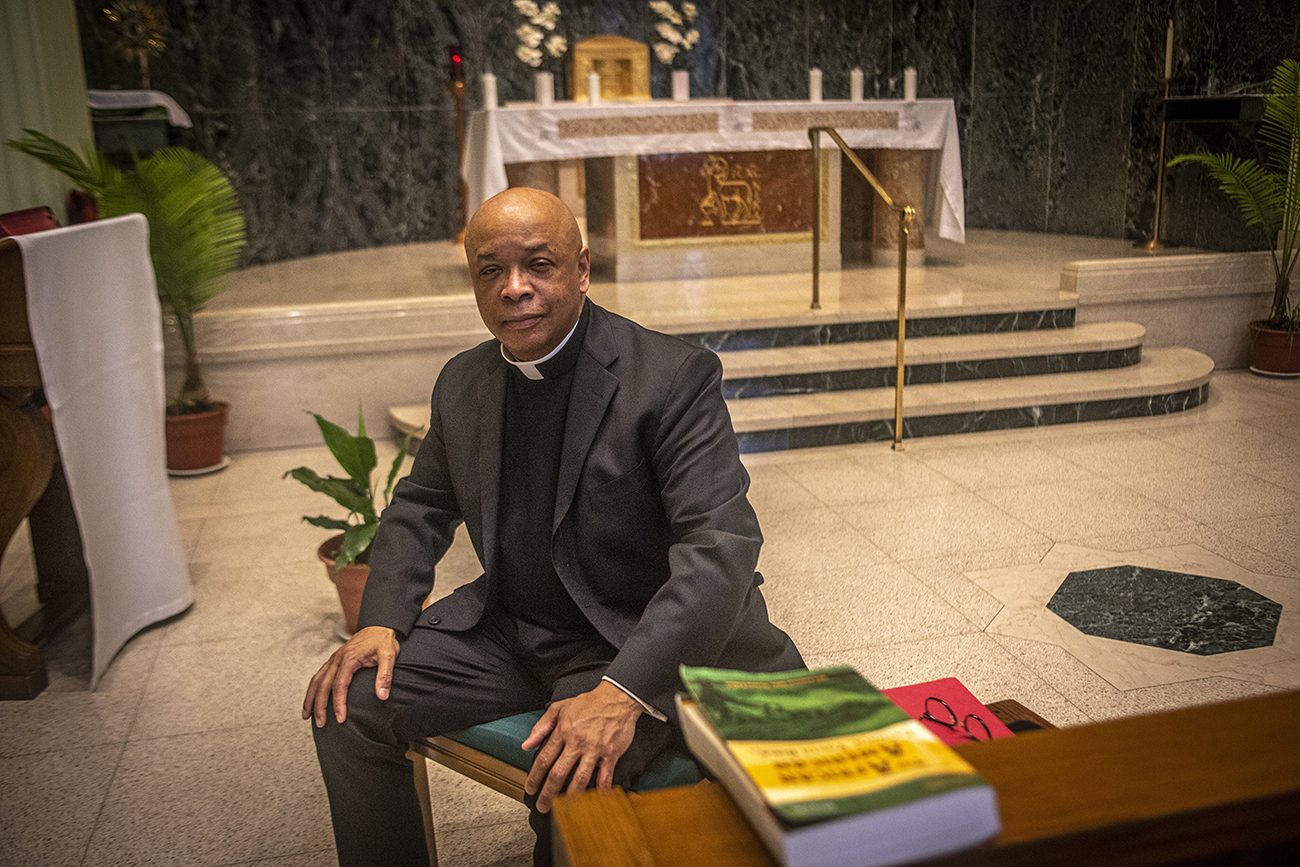 Father Stephen Thorne, chairman of the Archdiocese of Philadelphia's Commission for Racial Healing, is seen in the chapel at St. Joseph Seminary in Washington Feb. 22, 2022. (CNS photo/Chaz Muth)

An upcoming webinar is looking to ready Black Catholics for a national gathering in July 2023 – and that year of preparation signals “we’ve got work to do,” said an archdiocesan priest.

Father Stephen Thorne, chairperson of the archdiocesan Commission on Racial Healing, will host a July 31 information session on the 13th National Black Catholic Congress (NBCC), to be held July 20-23, 2023 in National Harbor, Maryland.

Father Thorne said the congress, convened at various intervals since 1889, is “not simply a conference, a get-together or a fun reunion,” but an occasion for “really assessing what it means to be part of the Catholic Church.”

Having attended every one of the gatherings since 1987, Father Thorne – who also serves as a consultant and special projects administrator for NBCC – said the congress has become more vital than ever at what he calls “a very critical time for the church, especially for the Black community.”

Racial tension and gun violence, along with a renewed focus on both the Eucharist and pro-life efforts, are all defining issues of the moment, he said.

The laity play an essential role in addressing such challenges, and the congress – now scheduled every five years — provides a fitting context for doing so, said Father Thorne.

“I love the fact that it’s lay-driven,” he said, noting the NBCC, led by laywoman and executive director Valerie Washington, originated through the efforts of Daniel Rudd, a Catholic journalist and former slave.

Following the Civil War, Rudd moved from his native Kentucky to Ohio, where he founded The Ohio State Tribune newspaper, later renamed the American Catholic Tribune. In addition, Rudd worked to expand employment, education and housing opportunities for Blacks, while rallying a national group of Black Catholic men – the Congress of Colored Catholics — that became the forerunner of the NBCC.

“He and his companions started this movement,” said Father Thorne. “It was one of the first gatherings of lay people in the church.”

The inaugural congress, which met January 1-4, 1889 in Washington, D.C., included another pioneer: celebrant Father Augustus Tolton, the first Black Catholic priest, who was declared “Venerable” by Pope Francis in 2019.

Father Tolton was also on hand for the third congress, which met July 5-7, 1982 in Philadelphia.

From its inception, the congress has been action-oriented, said Father Thorne.

“What always comes out of the congress is a plan of action,” he said. “The word ‘congress’ is intentional; it comes back to work. As Black Catholics, how do we live out, grow and share our faith?”

The informational webinar will offer a head start on that undertaking, especially since the congress workshop schedule is still being refined, he said.

“I plan to take some questions, asking participants, ‘If you were able to set the agenda, what would you want the congress to address?’” said Father Thorne.

Such initiative is vital to not only to a successful congress, but to the spreading of the Gospel message itself, he added.

“Part of congress is that you don’t wait for permission; you do something because it’s the right thing to do,” said Father Thorne. “Because I have some knowledge, I want to share it. If you see trash on the ground, you pick it up. When you see somebody in need, you stop to help, like the Good Samaritan. … If we did that, we could move more people to faith.”

For more information on the National Black Catholic Congress, visit the congress website.