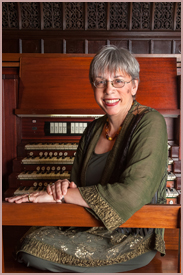 The Ukrainian Catholic Metropolitan Cathedral of the Immaculate Conception (830 North Franklin Street, Philadelphia) will host the performance, which will take place Sept. 11 at 3 p.m.

The concert is free and open to the public, with all donations of any amount supporting Caritas, the universal Catholic Church’s official humanitarian agency.

Aid from Caritas has enabled the Little Servant Sisters to minister to Ukrainian refugees in Poland, as well as war victims still in Ukraine.

Co-sponsoring the concert are Allen Organs, the Cunningham Piano Company and the Southeastern Pennsylvania Chapter of the American Guild of Organists.

To donate in advance of the concert, visit the Caritas campaign page.