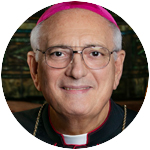 Over the past five months, the governors of Texas and Arizona have spearheaded an effort to transport asylum-seekers and other migrants, processed by federal immigration officials at the U.S.-Mexico border, to Washington and the New York metropolitan area. In effect, the governors are using migrants and refugees as tools to try to punish political leaders and jurisdictions for their more supportive positions on migrants and asylum-seekers.

This new initiative has a historical precedent, and it is a negative one. It is reminiscent of the way some Southern states bought bus tickets for unwilling Black “migrants” and sent them to the Northeast after World War II. Even today, it is a sad sight to see people getting off buses at all hours of the day and night, exhausted, disoriented, some temporarily homeless, and wondering where they should go.

Most of these migrants do not have relatives or connections in the communities to which they are being sent. Many wish to await adjudication of their cases or removal, but they have no choice in the matter.

Sharing the responsibility for migrants and others in need is always possible in critical situations, but it should be accomplished in a cooperative manner that respects the people being assisted. Certainly, the federal government could be more helpful to local officials who are concerned about added costs for social services and schools. Of course, local governments know how to influence the federal system, and some aid might be on the way.

This humanitarian problem, however, cannot be solved entirely on the local level. There are two potential solutions that can help stem the flow of asylum-seekers. One would be to commit significantly to refugee processing in countries where this is possible.

The second solution is greater international cooperation and focuses on the causes of displacement. The root causes of these people leaving their home countries are poverty, violence, political repression, climate change and political instability. None of these conditions can easily be changed or ameliorated, but they need far more serious attention.

The political rhetoric around this issue also needs to be addressed. One example is the baseless racist conspiracy theory that the government is trying to replace the white population with foreign-born people of color. Eventual votes from these imported persons are said to be the motivating factor for this conspiracy. However, migrants and refugees take core U.S. ideals very seriously, contribute significantly to our communities, and have a range of political views and affiliations.

To some, this theory sounds like a convenient explanation of the demographic shift that is occurring in our country, which is due to historically low rates of births.

Another issue that needs to be addressed is the claim of adverse economic impact on American citizens and permanent residents. Reputable studies always find positives and negatives resulting from immigration in the labor market, but the overall impact is positive, especially when there are unfilled jobs in the labor market.

We need to keep ourselves focused on the real problem, which is that immigration reform is long overdue. Our political system at this time seems incapable of compromising, which truly is at the heart of lawmaking in a democracy.

Immigration is in the national interest. Our immigration policies should be reformed based on the principles of Catholic teaching on migration. They should not be based on the political stunts we are experiencing today.

Bishop Nicholas DiMarzio is the retired bishop of the Diocese of Brooklyn, New York. He writes the column “Walking With Migrants” for Catholic News Service and The Tablet. “Welcoming the Stranger Among Us: Unity in Diversity,” a paper by the U.S. bishops’ Subcommittee on Pastoral Care of Migrants, Refugees and Travelers, is available online.

PREVIOUS: Ukraine, a witness to true and lasting freedom

NEXT: Women in Philanthropy Forum: Gathering to give hope