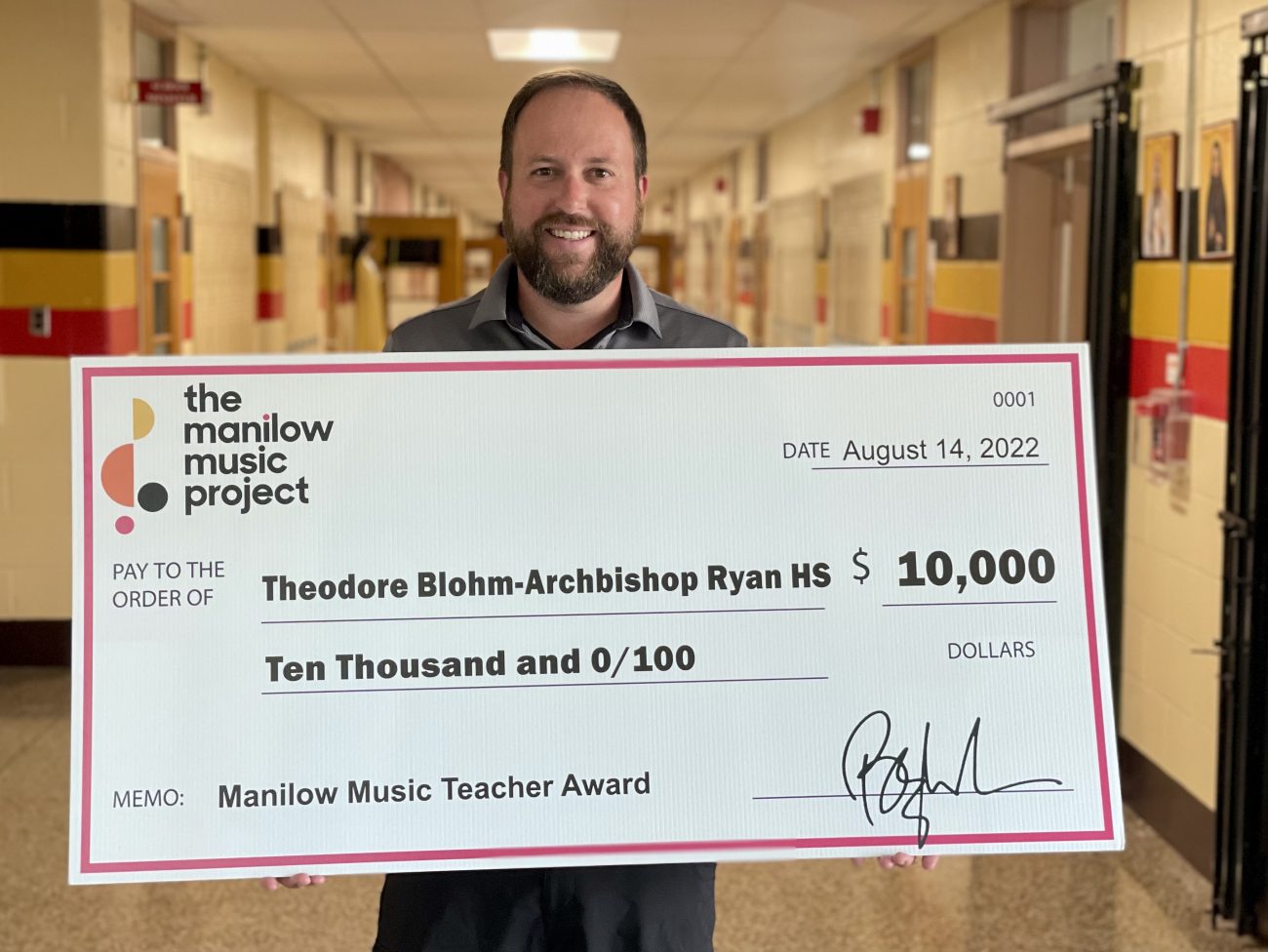 A music teacher at an archdiocesan high school has been recognized by a legendary American singer-songwriter for excellence in music education.

Named after composer and performer Barry Manilow – whose decades-long career spans pop, Broadway and jazz, as well as film and television soundtracks – the prize consists of $5,000 in cash and an additional $5,000 in “Manilow Bucks” for classroom instrument purchases.

Manilow, who credits his Brooklyn high school orchestra class with changing his life, is an ardent advocate for music education – and Blohm is a kindred spirit.

“Music is part of the school day,” said Blohm. “It helps bring students together in community, and helps with their socialization.”

A graduate of the University of the Arts, Blohm said he grew up listening to both Frank Sinatra and to “90s pop and ska punk” from bands such as Blink 182, Real Big Fish and the Mighty Mighty Bosstones.

He began playing trombone – “my grandfather held onto my uncle’s trombone, hoping somebody would eventually pick it up” – and remains an active professional musician, performing with the wedding band Goody Blue Shoes, the brass band Blowphat and the Sinatra tribute band Summer Club.

“I engage with my students; I try to relate to them as much as possible,” he said. “I try to listen to their music, and I will always give it a shot.”

Above all, he’s grateful for the freedom that music offers his students.

“You can express yourself in a totally different way by playing an instrument,” said Blohm. “If you’re by nature timid, and you’re playing super loud, you’re excited. You can see (students’) personalities in the performances.”

The impact of music education extends far into the future, even after the last note has faded, he added.

“It’s always nice to have students come back and say how music music was an important part of their high school journey,” said Blohm.