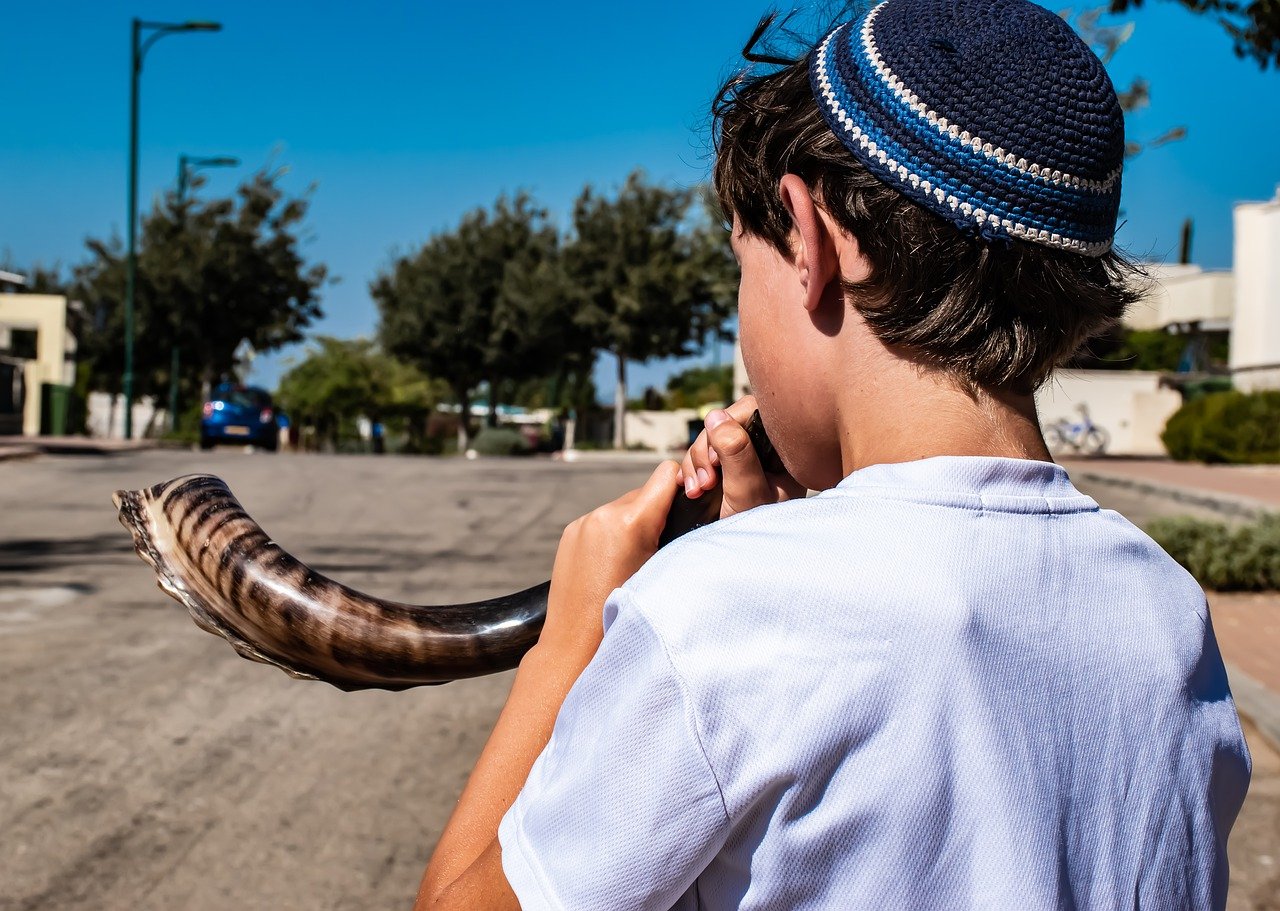 Rosh Hashanah — which began this year on the evening of Sept. 25 and concludes at sunset on Sept. 27 — marks the Jewish New Year (now 5783), commemorating the creation of both the universe and Adam and Eve.

Next week, the Jewish community will observe Yom Kippur, or Day of Atonement, which in 2022 begins at sunset on Oct. 4 and ends at sundown Oct. 5.

The two holidays are part of the Yamim Noraim, or “Days of Awe.”

Rosh Hashanah “is more celebratory, praising God as king of creation and hoping that the new year of 5873 on the Jewish calendar will be as sweet as honey,” said Philip Cunningham, co-director of SJU’s Institute for Jewish-Catholic Relations (IJCR) along with fellow SJU faculty member Adam Gregerman.

Though joyful in tone, Rosh Hashanah also includes “an aspect of self-examination” that “intensifies in the days leading up to Yom Kippur,” said Cunningham.

During that period, and culminating on Yom Kippur itself, “Jews as both individuals and as communities reflect on their failings and sins, beseech God’s forgiveness and resolve to do better in the year ahead,” Cunningham said.

Such introspection “includes the requirement of sincerely apologizing to any people that an individual has somehow hurt during the previous year,” he said. “In that way, prayers for God’s forgiveness have more authenticity and meaning.”

The “springtime season of Lent has many similarities” with this period of the Jewish year, said Cunningham.

More broadly, “the same values and practices are deeply embedded in our Catholic tradition because we inherited them from Jesus and the earliest disciples, all of whom were, of course, Jews,” he noted.

The Lord’s Prayer and the Sermon on the Mount are two examples of this continuity, with both texts calling for forgiveness and reconciliation, said Cunningham.

“Catholic penitential practice understands the need for an examination of conscience and a ‘firm intention of amendment,’ including ‘repentance, confession … and the intention to make reparation and do works of reparation’ (Catechism of the Catholic Church, 1491),” he said.

That need has become increasingly urgent “in a nation and on a planet ravaged by war, polarization, inequities and environmental degradation, all prominent concerns in Pope Francis’ recent writings,” said Cunningham.

During the Jewish high holidays, he said, Catholics can consider “how these concerns play out in our own lives and relationships” and “how we can make improvements … as we wish our Jewish friends l’shanah tovah, ‘to a good year!’”

PREVIOUS: Faithful recall late bishop as ‘priest who loved God’ and everyone he met