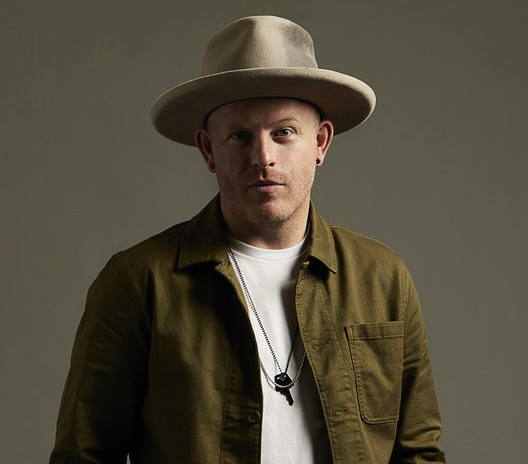 A beloved faith-filled music festival returns to the Philadelphia area this weekend, and one of its performers said he’s looking to bring listeners to “the Father’s heart.”

Christian singer-songwriter Jordan St. Cyr will take the stage Sept. 17 at the eighth annual AbbeyFest, a day-long gathering that brings music, inspirational speakers, food and plenty of kid-friendly fun to the grounds of Daylesford Abbey in Paoli.

Along with headliner and nine-time Grammy Award nominee Matt Maher, St. Cyr will be joined on the bill by Micah Tyler, the Vigil Project featuring Athenas, Connor Flanagan, along with God’s Men and the Philadelphia Catholic Gospel Mass Choir, both under the direction of composer Tonya Taylor Dorsey.

Maher will conclude the lineup and provide accompaniment to evening eucharistic adoration ending at 10 p.m.

For two-time Dove Award nominee St. Cyr – whose singles “Fire” and “Weary Traveler” have taken top spots on radio charts – music and faith have been intertwined since childhood.

Raised in rural Manitoba, Canada, St. Cyr described himself as a “late bloomer” among a devout Christian family of musicians. Initially drawn to sports such as basketball and hockey, he began writing songs in his early teens, collaborating with his father on piano.

As he “found his lane” with music, St. Cyr was quickly tapped for ministry in his congregation.

“If you like to sing or play guitar in a small town, you’re going to eventually lead your youth group,” he laughed.

His faith intensified throughout adolescence in what he calls a “beautiful coming-of-age moment” that eventually led him to serve in Youth with a Mission, a global evangelization outreach.

“I was never this prodigal son that did the whole party thing,” said St. Cyr.

Instead, he wrestled with the “pride and self-righteousness” of “the brother who stayed” at the father’s house.

In the process, St. Cyr found that “things in life are not so black and white. There’s gray, there’s nuance – and there’s beauty in that.”

Recognizing those complexities fosters a sense of compassion for others, he said.

“At the end of the day, the Gospel is the most inclusive message we have,” said St. Cyr. “We’re all on a journey, looking for something greater than ourselves and trying our best.”

Hope is the “spiritual lens” through which St. Cyr views the world – and that virtue enables the busy musician, husband and father to encounter life one moment at a time.

“We were created for right now,” he said. “There’s no closer time to heaven than right now.”

The stilled soul hears the sweetest song: that of the Lord’s call, he added.