The Lover of souls knows us each by name 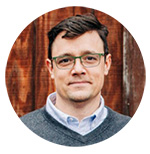 The Gospel is straightforward about Christian life: we must love our neighbor as Christ loves us by giving alms and caring for anyone in need. Yet how often do we struggle with such simple directions!

The Church celebrates the feast of St. Martin of Tours on Nov. 11. His example is crucial for understanding the importance of giving without hesitation on account of whom we truly serve. St. Martin of Tours (ca. 320-397) was a soldier, hermit, evangelizer, and bishop. We know his story thanks to the Life of Martin, a classic text written by Sulpicius Severus (ca. 363-420) who knew the saint personally and followed him.

We learn from the text that Martin was born in what is now Hungary to pagan parents and raised in northern Italy. At his own accord, he became a catechumen at the age of about 10. Then, as a teenager, he was drafted into military service because his father had been a soldier and the sons of veterans were required to serve. Martin was baptized as a young solider around age 20 after a remarkable experience.

During a particularly severe winter, Martin was riding his horse through France. Temperatures were so low that many people in the region were freezing to death. He had a habit of giving away clothing to those in need and had already done so on this trip. At a certain point, Martin wore just a cloak; basically a winter coat.

Approaching the city gate of Amiens, he encountered a man who was “destitute of clothing.” Martin decided to act when no one else would. “Taking, therefore, his sword…he divided his cloak into equal parts and gave one part to the poor man…”

Some cynical people laughed when they saw this. They thought Martin looked ridiculous wearing the equivalent of half a winter coat! Others felt a pang of conscience, because they did nothing even though they had much more clothing than Martin to give the poor man.

That night, Martin had a dream in which he saw Jesus himself dressed in the half-cloak he had given the poor man. In his text, Severus immediately cites Jesus’ words so we make the connection, “Amen, I say to you, whatever you did for one of these least brothers of mine, you did for me” (Mt 25:40). Martin served the Lord by cutting his only winter coat in half and giving it to the poor man freezing before the city gate.

This story has been depicted in art for centuries, perhaps most famously by Domenikos Theotokopoulos or El Greco (“the Greek”). El Greco was a Renaissance artist born in Crete who was active in Toledo, Spain. In his painting, Saint Martin and the Beggar, we see Martin on a white horse with his sword drawn, just about to cut his cloak. Next to him stands the destitute man. The same scene may be found in many other places too, all thanks to Sulpicius Severus’ devotion to Martin’s holiness and spreading the story of his life. In fact, St. Martin of Tours Parish in Oxford Circle has a magnificent statue of this event inside the church.

Martin died in France as bishop of Tours at the close of the 4th century. His selflessness and generosity are preserved in both a famous story and renowned art. The saint clothed a poor man freezing in the winter cold with what little he had, and in doing so he clothed the Lord.

Whom do we resemble in this story? Are we like those who had extra clothing but provided the poor man with nothing? Do we laugh when we see someone sacrifice for another? Or do we give generously and without hesitation when we encounter a neighbor in need?

Nearly 17 centuries later, this pivotal moment in Martin’s life reminds us to model Jesus’ words in Matthew 25:40 – for that neighbor in need is truly him.

St. Martin of Tours, pray for us!

PREVIOUS: The Lover of souls knows us each by name

NEXT: Readings of the Holy Mass – Thirty-second Sunday in Ordinary Time