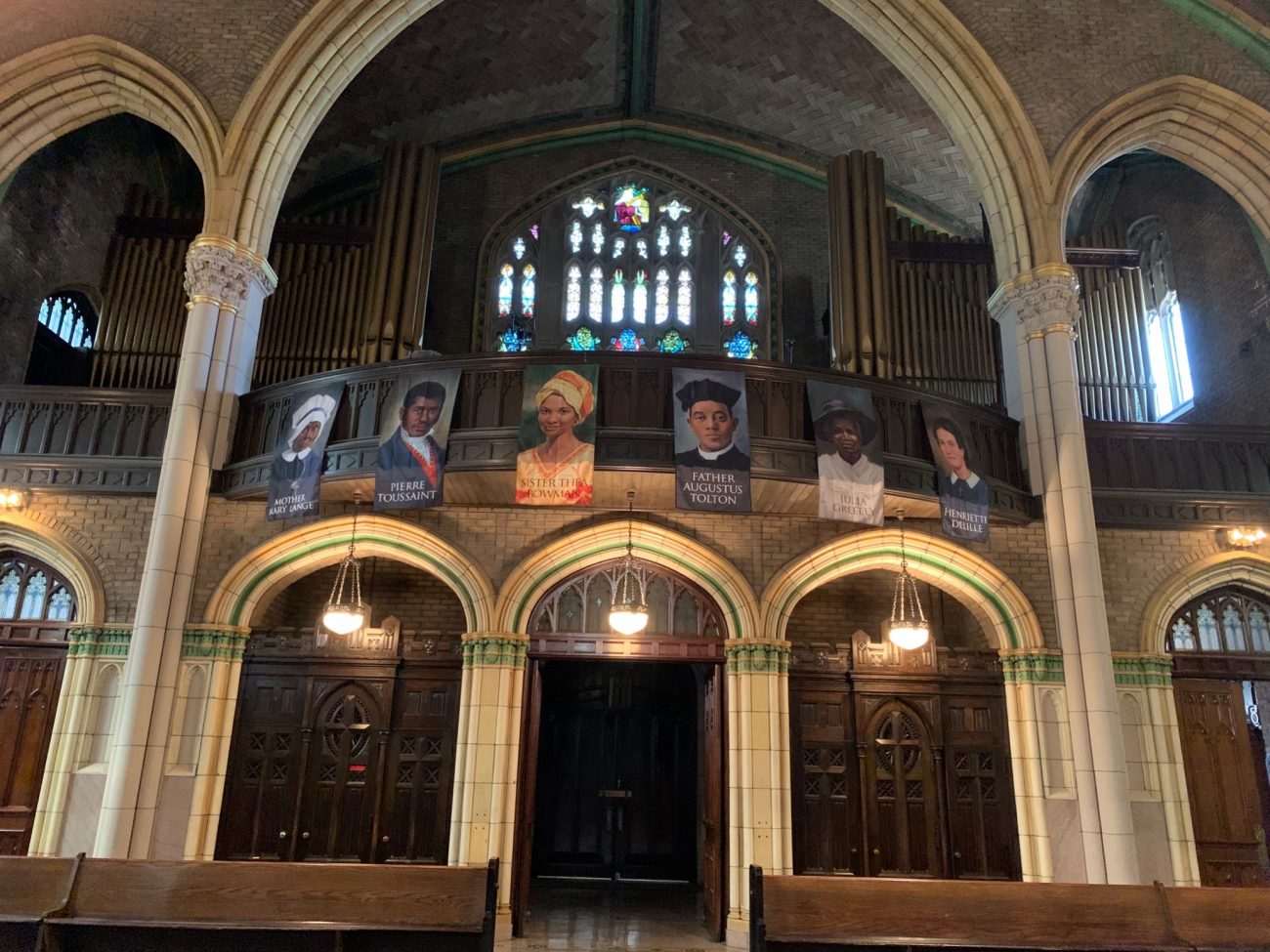 When I served as pastor of Saint Martin de Porres Parish in North Philadelphia, we placed images of the ‘Holy Six’ across the choir loft of the church. As people left Mass each Sunday they were reminded of these Black Catholics on the road to sainthood: On the Road to Sainthood: Leaders of African Descent – USCCB.  The Catholic Church in the United States has never had an African American Catholic Saint.

As we celebrate Black Catholic History Month this November, we thank God for their lives. Each of them triumphed over the sin of racism because they knew they were God’s child.  Instead of allowing the evil of racism to make them bitter, they chose to be better and use the gifts of faith, hope, and love to serve the Church.  Their stories inspire all Catholics to face forward.

The Commission was a direct response to racial tensions heightening at that time. More importantly, it was a response based the Gospel of Jesus Christ and our Catholic Social Teaching. Some may recall that John Cardinal Krol established the Cardinal’s Commission on Human Relations in the 1960’s to address the same issues in his time. Thus, the work of today’s Commission is a continuation of the mandate of Christ, “love another, as I have loved you.” John 13; 34

The Commission is composed of twenty members of our Archdiocesan family. It represents a diversity of age, races, cultures, native languages, and members come from city and suburban parishes.  Most are members of the lay faithful. However, we are blessed to have Father Keith Chylinski, rector of Saint Charles Borromeo Seminary, and a seminarian on the Commission, highlighting the importance of priestly formation in this work.

Every meeting begins with Mass, which reminds us that racism has no place in our hearts as we all come to the same altar for Holy Eucharist. After Mass, the work consists of encounter, formation, and action.  Encounter is a critical part of the work of racial healing. In his encyclical letter, Fratelli Tutti, Pope Francis writes, “How wonderful would it be, even as we discover faraway planets, to rediscover the needs of the brothers and sisters who orbit around us” (FT, 31). Sacred encounter is the challenge of our Holy Father, and indeed, the mandate of Christ.  If only we could encounter Jesus in each other in a renewed way to overcome prejudice and racism.

As the Commission continues its work and develops action plans for parishes, schools, and other ministries in our Archdiocese, Archbishop Perez reminds us that this work is a marathon not a sprint.  Indeed it is, however, we can’t stop moving. With the ‘Holy Six’ and all the saints praying for us, we face forward.

NEXT: Racism is a sin and must be crushed, eradicated