Cathedral Basilica to host Eucharistic Procession on Solemnity of Our Lord Jesus Christ, King of the Universe 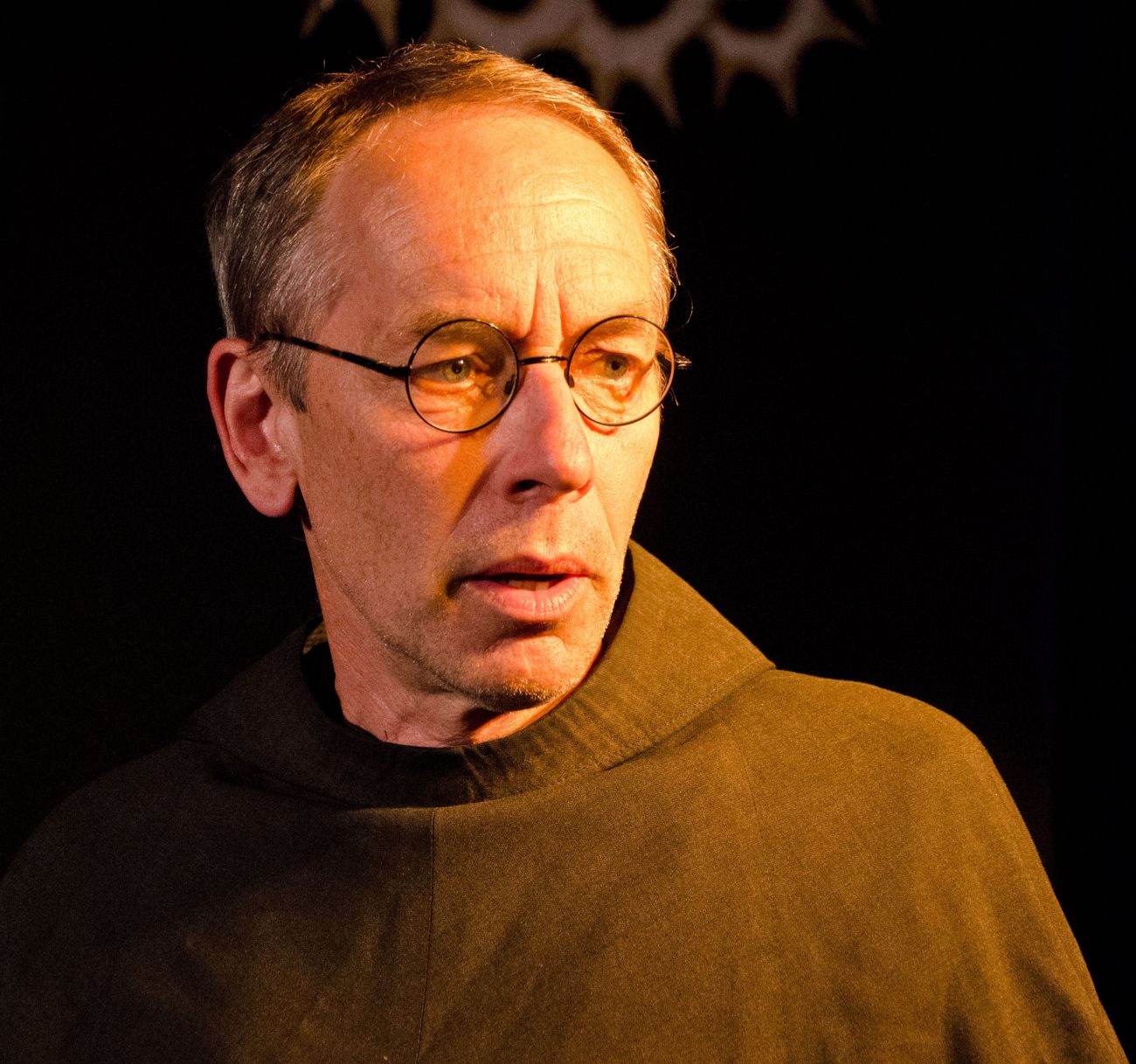 Actor and producer Leonardo Defilippis will star in "Maximilian: Saint of Auschwitz" in a Nov.16-20 series of shows throughout the Archdiocese of Philadelphia. (Saint Luke Productions)

A saint martyred in a Nazi concentration camp will be brought to life in an upcoming drama to be performed at several area parishes.

Saint Luke Productions (SLP) will present “Maximilian: Saint of Auschwitz” Nov. 16-20 at several locations throughout the archdiocese: Nov. 17 at 7 p.m. at St. Patrick Parish in Malvern, Nov. 18 at 7 p.m. at the National Shrine of Our Lady of Czestochowa, Nov. 19 at 7:30 p.m. at Malvern Retreat House, and Nov. 20 at 7 p.m. at St. Margaret of Antioch Parish in Narberth.

Starring as St. Maximilian Kolbe is SLP founder and president Leonardo Defilippis, who said the story of the Franciscan priest is “very current and relevant.”

Born near Lodz (now in Poland) in 1894, Kolbe beheld Mary in a 1906 vision, during which he chose both a white crown of purity and a red crown symbolizing martyrdom. Along with his elder brother, he later joined the Franciscan Conventuals, studying theology and philosophy in Rome at the Pontifical Gregorian University. Deeply devoted to Mary, Kolbe founded the Militia of Mary Immaculate sodality in 1917 and was ordained a priest the following year.

Upon returning Poland, he launched the Catholic periodical “Knight of Mary Immaculate” (“Rycerz Niepokalanei”) and founded the City of Mary Immaculate (Niepokalanów) center, as well as similar sites in Japan and India. The Polish center opened its own radio station in 1938, and in 1939 Kolbe was arrested for his anti-Nazi stance. Once released, he continued to shelter some 2,000 to 3,000 Polish refugees, most of them Jewish, while continuing to defy Nazi propaganda with his publications.

Re-arrested in 1941 for aiding Jews and supporting the Polish resistance, Kolbe was ultimately shipped to the Auschwitz concentration camp, where he continued to minister to fellow prisoners by hearing confessions and celebrating Mass with smuggled bread.

Kolbe offered his life in exchange for that of Franciszek Gajowniczek, one of 10 camp inmates randomly selected for execution following a prison break. Starved and dehydrated for three weeks, Kolbe led his fellow prisoners in prayer and songs until his Aug. 14, 1941 death by a lethal injection of carbolic acid. Gajowniczek was present at Kolbe’s October 1982 canonization by Pope (now St.) John Paul II.

Amid the “movements of evil throughout the world,” Kolbe — a patron of Catholic journalists — remained “a man who symbolized in both life and death the passion and mercy of God,” said Defilippis.

A trained Shakespearean actor, Defilippis admitted that the task of condensing Kolbe’s life into an 87-minute multimedia drama was a difficult one, especially given the extensive amount of research required for the role.

The script includes “things (taken) right from Nazi propaganda to Hitler himself and (his) agenda,” he said. “It’s all historically accurate.”

Over the past four decades, Defilippis has refined his lineup of shows – including dramatizations of the lives of St. John Vianney, St. Faustina Kowalska and Venerable Augustus Tolton – into lean but sophisticated multimedia productions, combining live action, prerecorded sequences and music from emerging composers, such as Philadelphia-area native Tony Manfredonia, who scored “Tolton.”

As an “incredible saint,” Kolbe speaks to a world increasingly threatened by resurging totalitarianism, said Defilippis.

A number of analysts have observed democracy has receded worldwide, leaving almost one third of the global population “living under authoritarian rule,” according to former United Nations human rights chief Michelle Bachelet.

Prior to the end of her term in August, Bachelet noted that “the democratic gains of the last 30 years have been greatly reduced,” rendering “democracy enjoyed globally by the average person … down to 1989 levels.”

Russia’s invasion of Ukraine has highlighted the crisis in democratic freedoms; at the same time, attacks on electoral bodies, courts, media and human rights institutions throughout Central Asia, Eastern Europe, Asia Pacific and parts of Latin American and the Caribbean have raised alarm.

“You see the totalitarians, the people hungry for power and the oppressed people,” said Defilippis. “You see the corruption … the communist tendencies, and the socialism that leads to anti-religion.”

He noted that “even in America, right before World War II, there was a Nazi party” that “became acceptable” within the political landscape.

In the end, “this senseless killing shows a lack of respect for the human person,” said Defilippis.

Kolbe’s courageous witness can be transformative, he said.

“He had great faith and incredible hope that God will take care of everything and have the last word,” said Defilippis. “God can instill courage in even the weakest individual to make the ultimate sacrifice (and) to lay down your life for others. And Kolbe had the love of God to do the hardest thing – to love your enemies.”

For more information on “Maximilian: Saint of Auschwitz” and for performance details, visit the show’s website.

NEXT: Cathedral Basilica to host Eucharistic Procession on Solemnity of Our Lord Jesus Christ, King of the Universe