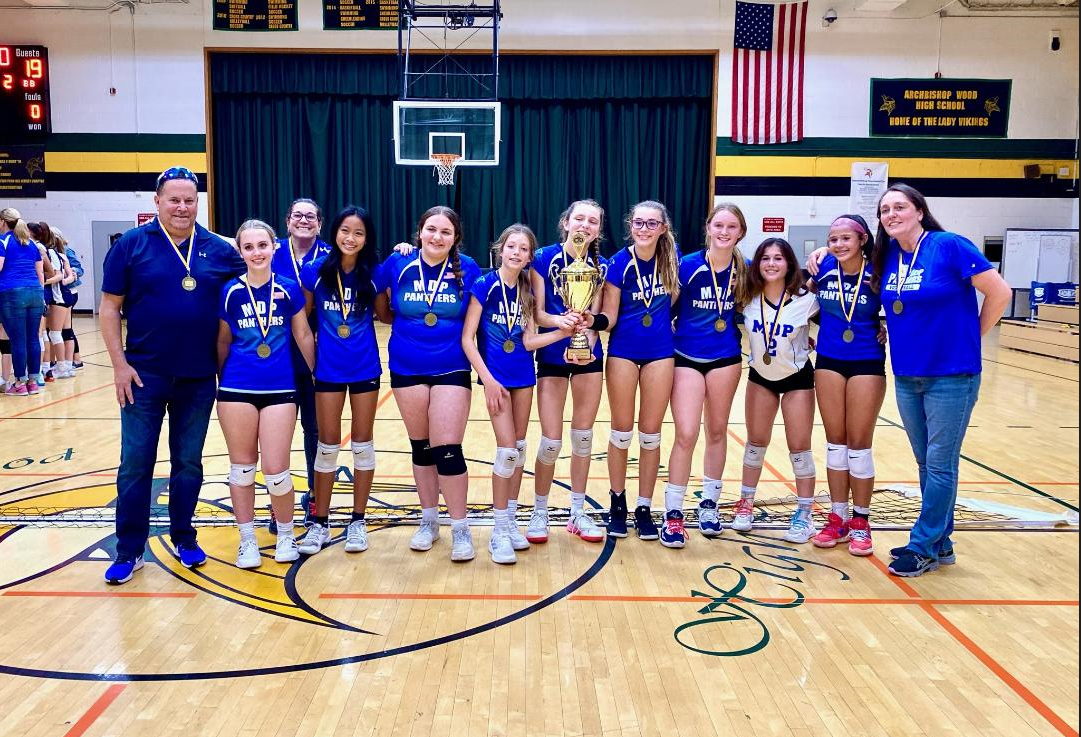 Enroute to their title, they competed against OLGC (Southampton) on Saturday and then came back the next day to defeat Saint Helena in Blue Bell and Saint Elizabeth in Chester Springs before capturing the title against fellow Region 21 powerhouse, Saint Philip Neri (Lafayette Hill) in the final game.

Earlier in their season, this MDP team also captured the Cardinal O’Hara Invitational Tournament Championship and Region 21 Championship.  They finished with a 24-0 game record.

What makes this team even more amazing is the unprecedented feat of not dropping a set the entire 2022 season, making their overall record an unbelievable 70-0.  Their program last won the championship in 2013.

When asked what made this group of girls so fierce on the court, head coach Jen Angelucci said, “These girls constantly pushed themselves and each other to bring their best to every practice and every game. As coaches, we give them the tools to be successful but this team expected a lot from each other from the very first day and they were not going to let one another down.”

Not only do these young women have enviable athletic talent but they also brought integrity, positivity, and determination to every game.

Libero, Lucy Falcone, proved that being “small and mighty” is not something to be ignored as she dove for balls that most players would have never reached.

When asked where she gets her strong drive from Lucy replied, “I have three brothers at home that I need to compete with every day, so I’m used to fighting for what I want.”

Haley Maloney said, “A great pass to an awesome set made it so much fun to finish a point with a powerful hit.”

The sister duo, Alexa and Addison May, were a force to be reckoned with as Alexa would set her Middle Hitter, sister and consistently earn points to add to the scoreboard.

Katelin, Sophia, and Allie were a great addition to the court to help bring this team to victory.

Assistant coach, Tammy Maloney summed it up perfectly, “What made this team so special was, not only their love of volleyball, but their love and support of each other.”

MDP CYO Varsity Girls Volleyball Team showed that they are clear winners on and off the court.