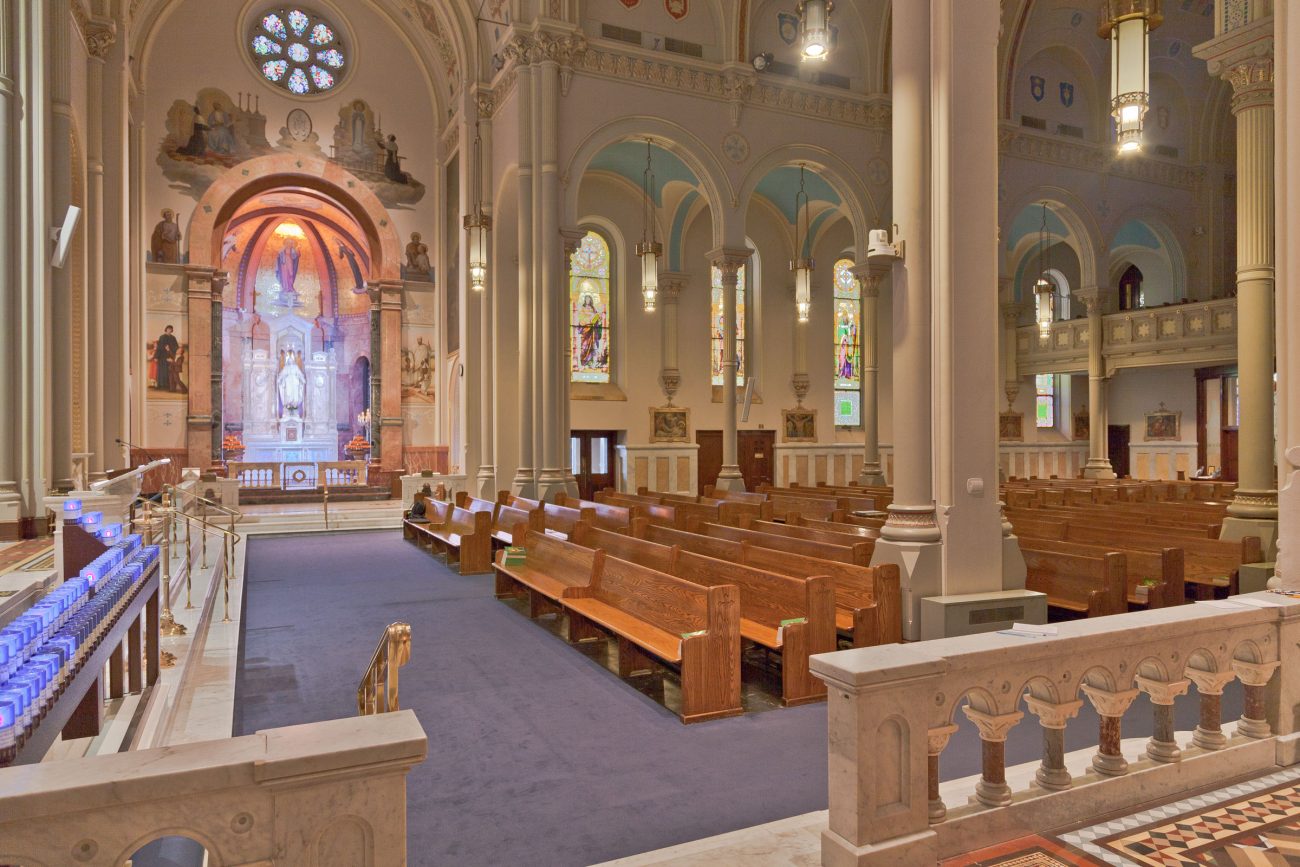 (Photo courtesy of the Basilica Shrine of Our Lady of the Miraculous Medal.)

A new distinguished title has come to The Miraculous Medal Shrine in the Germantown section of Philadelphia.

On Jan. 25, The Miraculous Medal Shrine, a ministry of the Vincentians of the Eastern Province of the United States, announced it has been elevated by the Vatican to Minor Basilica status.

The Shrine, along with the Chapel of the Immaculate Conception that houses it, are now known as the Basilica Shrine of Our Lady of the Miraculous Medal.

There is only one other church in the City of Philadelphia, the Cathedral Basilica of Saints Peter and Paul, that shares in this designation. There are 91 others across the United States.

Minor Basilicas are given prominence among other churches and shrines, receive certain honorifics, and are tasked with special responsibilities.

“I am deeply grateful to the Holy Father for bestowing this tremendous honor on the Miraculous Medal Shrine. This moment is one of great joy for the entire Church in Philadelphia,” said Archbishop Nelson J. Pérez. “The Miraculous Medal Shrine is a great gift drawing souls closer to Christ through the intercession of the Blessed Mother. I congratulate the Vincentians and all those working to sustain the Shrine and its ministry. May their work continue to bear great fruit.”

The new designation followed an application process of multiple years and culminated in a decree issued by Pope Francis.

Father Timothy V. Lyons, CM, rector of the Basilica Shrine, said, “It is an esteemed honor to be recognized by the Vatican as a Minor Basilica. We are both overjoyed and humbled by this recognition.”

The Basilica Shrine is also home to the Perpetual Novena, a prayer of devotion to Our Lady recited in person and livestreamed on Facebook and Instagram every Monday.

“This historic proclamation marks the next chapter in the Shrine’s history and recognizes the significant role it has played in the Catholic Church, the Philadelphia Archdiocese, and the Shrine community,” said Father Lyons.