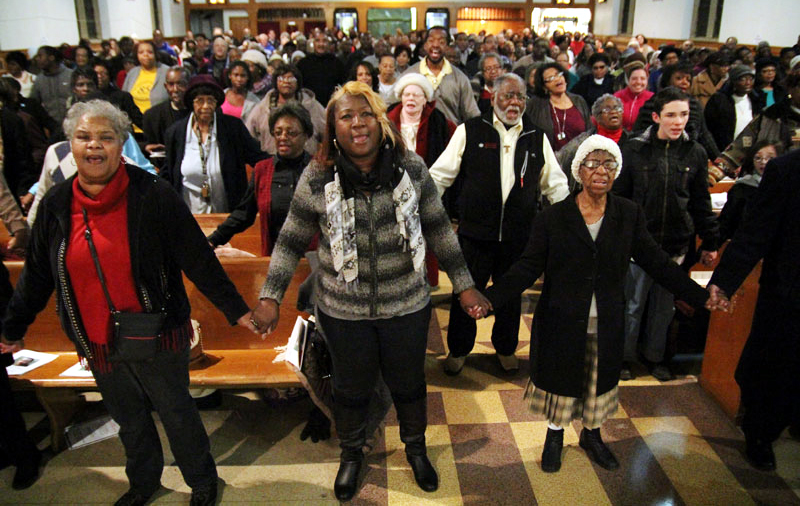 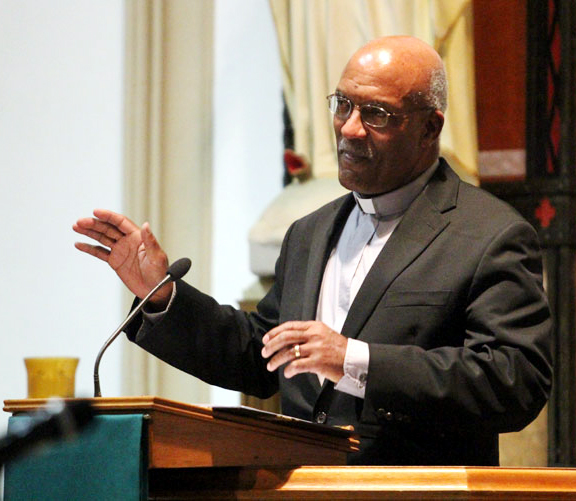 It was the 33rd annual Archdiocesan Prayer Service honoring the legacy of Dr. Martin Luther King Jr., which was held at St. Katharine Drexel Church in Chester on the evening of Jan. 18.

The featured speaker was Rev. Cean James, founding pastor of Grace Christian Fellowship Church in Philadelphia. It could well have been Dr. King himself, because the joy-filled exuberant singing of the superb Philadelphia Catholic Mass Choir, an archdiocesan-wide African American choir under the direction of Kenny Arrington, could surely raise the dead.

(View a photo gallery for scenes from the service, here.)

Rev. James began his talk by revealing past family experience with the Catholic Church. His grandmother was Catholic and when his father was an infant he was deathly sick and sent home by the doctors probably to die the same night. Instead his mother took him to the rectory of Chicago’s St. Ignatius Church, where the pastor and the nuns prayed over him through the night. Rev. James’ father recovered and in gratitude his mother named him for the pastor.

The rest of his talk was pure fire. He does not take to the notion that Dr. King’s birthday should be celebrated as a day of service.

“It’s not about service, we should be out on the streets protesting,” he said. “Given the lack of change in society since the death of Dr. King, a true revolution of values is needed. It should be a day of protest against injustice. We have been silent for a long time.”

Rev. James had special scorn for those politicians who might go to a school and paint a wall on Dr. Martin Luther King’s birthday and then vote against funding for schools the next day.

On the other hand, the theme stressed by Deacon Bill Bradley, director of the Office for Black Catholics and Father Thomas Whittingham, pastor of St. Katharine Drexel, was the spirit of charity, as expressed by the spiritual and corporal works of mercy, which the congregation was urged to study, ponder and practice throughout the year.

Both messages were absorbed by the congregants.

“I thought he (Rev. James) had a lot of good points,” said Dawn Chism, a member of St. Francis de Sales Parish in University City who also sang in the choir. “It is not just a day of service, it should be a day of protest and bringing the issues up.”

Ted Travis, a member of St. Athanasius Parish in West Oak Lane, thought Rev. James’ message was powerful. “Why should we have to wait? We should be living that freedom now,” he said, adding, “We have to live our Christian calling by not just doing the acts of mercy one night, it is year-round.”

For Allison Walker, a member of St. Barbara Parish in West Philadelphia, the evening was an example of the good work being done by Deacon Bradley and the Office for Black Catholics.

“It was phenomenal having us all come together praising the Lord and giving praise to Dr. Martin Luther King Jr.,” she said. 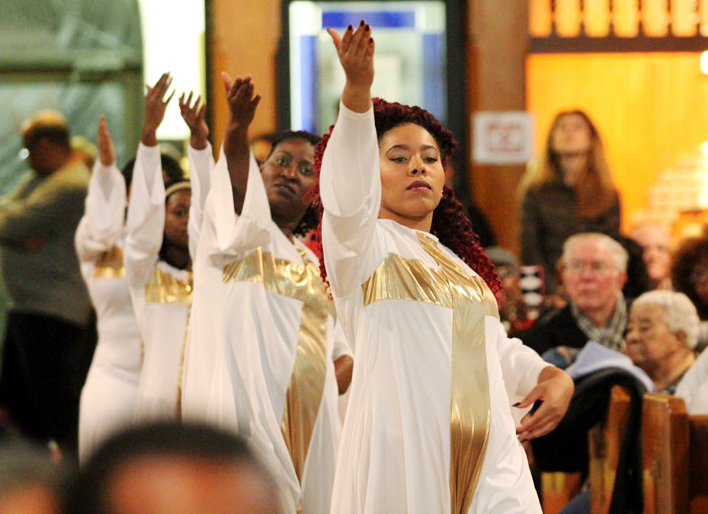 NEXT: Car used by Pope Francis in Phila. to be auctioned, will benefit church ministries