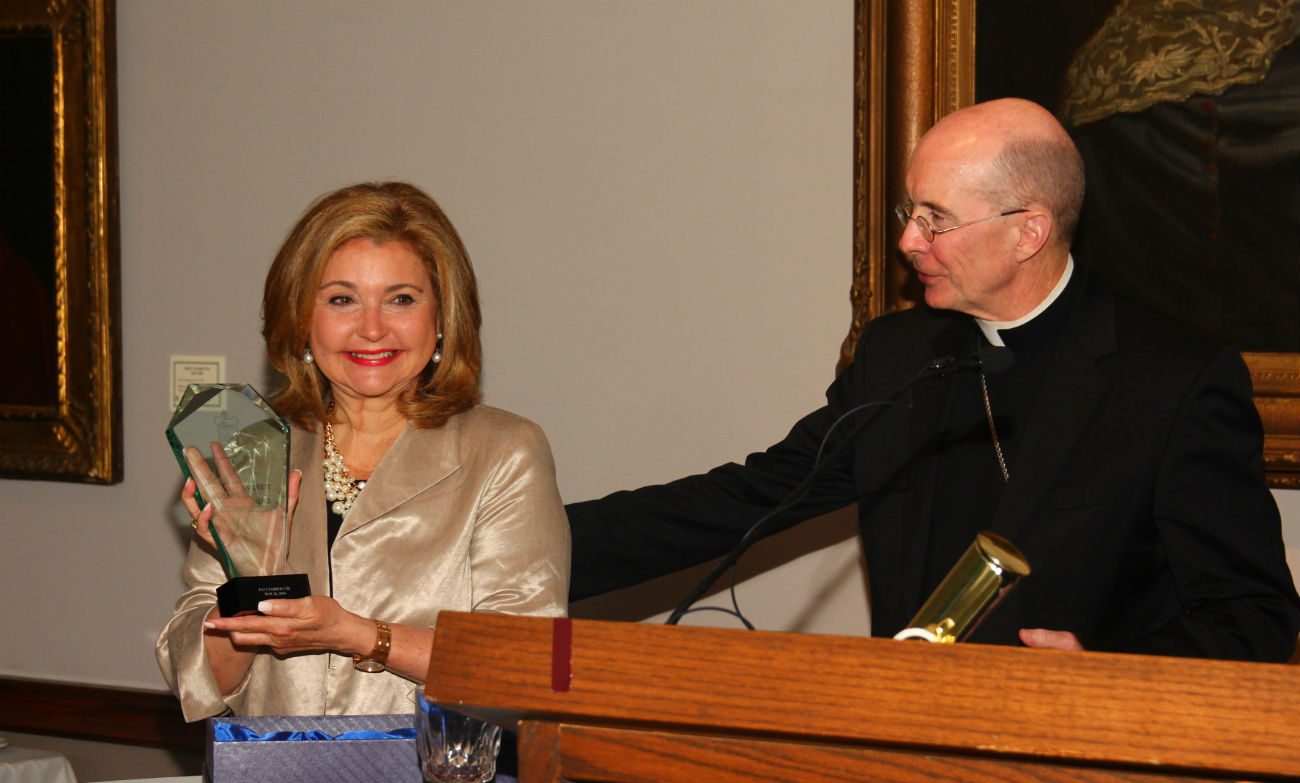 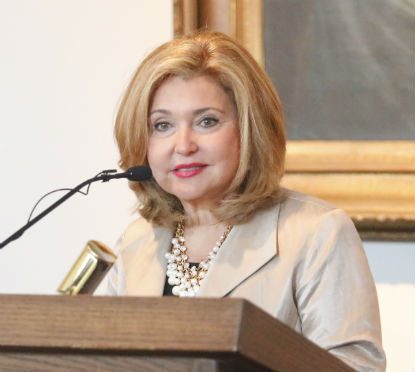 In her speech accepting the Cardinal Foley Award, Pat Ciarrocchi recalls the times she worked with the cardinal and when she prayed at his tomb in preparing to receive the award named for him. (Sarah Webb)

It was appropriate for several reasons that Pat Ciarrocchi, who was a television anchor for Philadelphia’s CBS3 for 33 years, should receive inaugural Cardinal Foley Award at St. Charles Borromeo Seminary on May 26.

Ciarrocchi was the most prominent Catholic member of the laity in Philadelphia’s secular media for decades. During that time she covered many stories, but gave a special touch to issues of the faith including reporting on such events as the beatification and canonization of St. Katharine Drexel and the papal elections.

Her final major story before leaving broadcast television in October 2015 was the September World Meeting of Families and the visit of Pope Francis to Philadelphia.

Cardinal John Foley was easily the most prominent voice in Philadelphia church media during his years as editor of The Catholic Standard and Times (1970-1984), on the world stage as president of the Pontifical Council for Social Communications in the Vatican (1984-2007) and until his retirement in February 2011 a cardinal and grandmaster of the Equestrian Order of the Holy Sepulchre.

Worldwide he was probably best known as “the voice of Christmas” for his televised commentary of the Christmas Midnight Mass from St. Peter’s Basilica in Rome from 1984 to 2009. Upon his death in December 2011 he was entombed in the crypt under the sanctuary in the Cathedral Basilica of SS. Peter and Paul, the final resting place for most of Philadelphia’s former bishops.

Both Ciarrocchi and Cardinal Foley were inducted into the Philadelphia Broadcast Pioneers Hall of Fame; she in 2000, he in 2011.

In her acceptance remarks last week after receiving the Cardinal Foley Award from Bishop Timothy Senior, St. Charles Seminary’s rector, Ciarrocchi spoke of the many Catholic milestones she covered, often with the assistance of Cardinal Foley. In preparation for her remarks she went to the cathedral to pray, and with permission of a guard, she went to the crypt to say a prayer before Cardinal Foley’s vault.

“I prayed that he would give me the words to share his (Pope Francis’) message,” she said. “He knew how the Holy Spirit works. He knew the power of words to heal, to share wisdom and to make the experiences of life more meaningful and joyful. I had somebody riding shotgun for me.”

The Cardinal Foley Award carries with it a $1,000 prize to be given to a cause designated by the recipient. Ciarrocchi chose to present it to Neumann University, and it was accepted by university President Dr. Rosalie Mirenda.

The Foley Award luncheon and presentation was held in conjunction with the inaugural John Cardinal Foley Symposium, also at the seminary.

The symposium’s topic, “Communication and Mercy: a Fruitful Encounter,” was a discussion of the message of Pope Francis in the context of the media.

Leading the discussion was a panel consisting of Msgr. J. Brian Bransfield, a Philadelphia priest currently serving in Washington, D.C., as general secretary for the U.S. Conference of Catholic Bishops; Dr. Angela Corbo, associate professor of communications at Widener University and Matthew Schiller, president of the Catholic Press Association and business manager for Catholic New York, newspaper of the Archdiocese of New York. 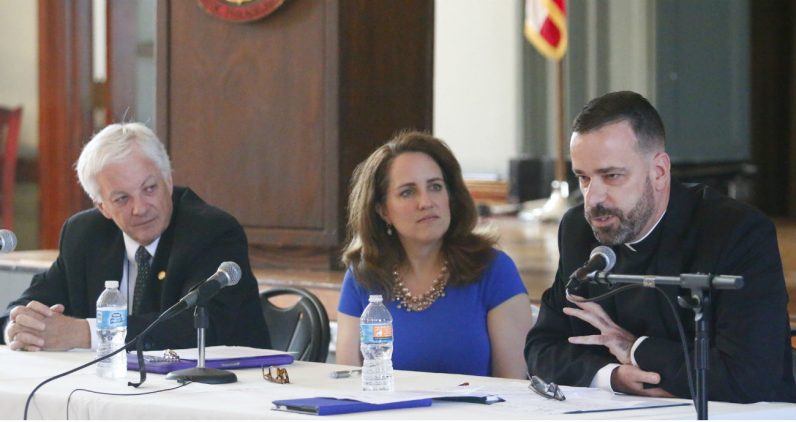