Life Runners witness to the unborn at Philadelphia Marathon 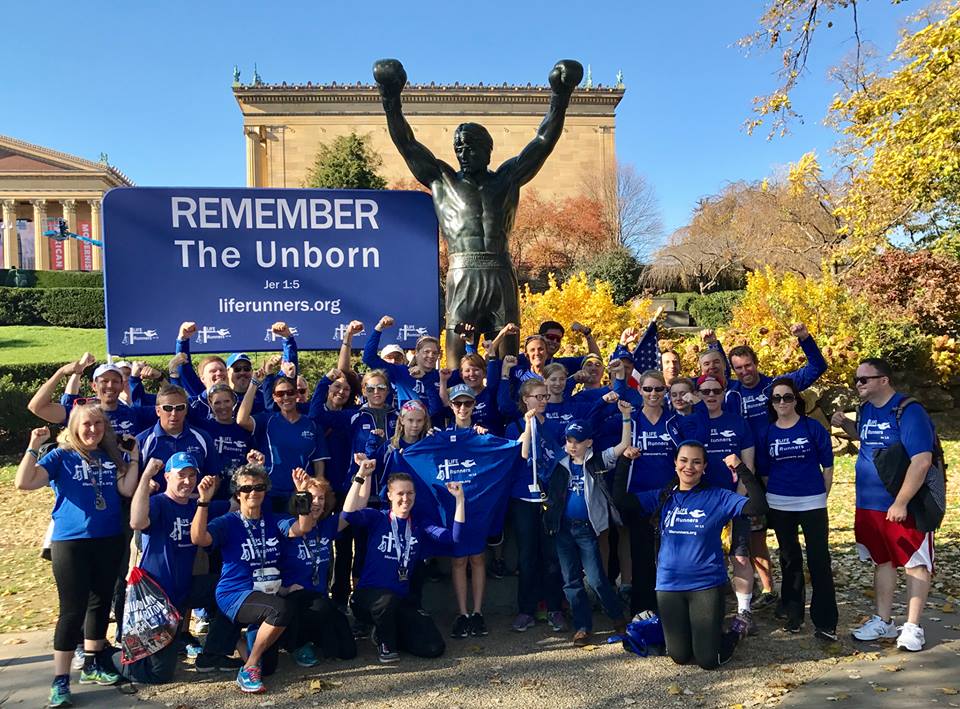 Runners who took part in events of the 62nd annual Philadelphia Marathon Nov. 19-20, and the thousands of spectators who cheered them on, would have noticed a group of runners wearing blue t-shirts with a special message.

A call to “Remember the Unborn” along with a biblical reference of Jeremiah 1:5 (“Before I formed you in the womb I knew you, before you were born I dedicated you, a prophet to the nations I appointed you.”) blazoned the shirts of the Life Runners.

The group began in 2008 with the Chicago Marathon and with the expansion to Philadelphia last year, they now boast representatives from all 50 states.

The main purpose of Life Runners is to “cultivate the message of building a culture of life at a city’s marathon,” Castle said. “We want to run in every city of the United States.”

“Having Life Runners in Philadelphia for this event is a chance to help our group grow and bring awareness about the unborn,” Mirenda said. “I hope many who are pro-life will be inspired to use running as a way to evangelize the message to speak up for those with no voice.”

The Beamer family from Canistota, South Dakota was one of the families who made their first trek to Philadelphia. Grace, 19, competed in the 8K, and she finished second place out of the 75 runners in her age category.

“Being a witness is just amazing,” she said.

Not only were there families of four, five or six, but a sibling combination in Mark and Denise Espinoza from San Antonio, Texas also made the trek to Philadelphia for the first time.

Mark ran the half-marathon while Denise ran the 8K on Saturday.

“We shouldn’t be afraid to fight for life with God on our side,” Mark said. “I really enjoy spreading something I’m passionate about while visiting Philadelphia and doing it in one of their biggest events of the year.”

“We love to run and represent life,” Denise added, “to witness and save lives.” 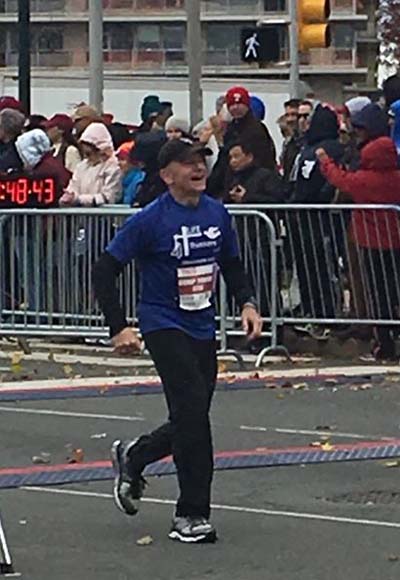 Not only were there families in the group but also some clergy took part in the races. One of them was Bishop Thomas Paprocki of Springfield, Illinois.

The group’s chaplain and a seasoned marathon runner, Bishop Paprocki ran in his 22nd marathon in as many years with the group last weekend. He also celebrated the Saturday evening vigil Mass of Christ the King at the Cathedral Basilica of SS. Peter and Paul.

Picking up the theme of the solemnity, Bishop Paprocki told the congregation that “Christ is and should be the center of our lives. He has triumph over death.”

Despite the chilly fall Sunday morning, Bishop Paprocki ran the marathon and finished with a time of four hours and 30 minutes.

Philadelphia priest and U.S. Navy chaplain Father Joseph Coffey, currently stationed in San Diego, also ran in the race and made it a homecoming weekend with a visit to his native Bala Cynwyd.

“I have been waiting three years for this moment,” said Father Coffey.

The Life Runners, he said, “run as a prayer and to raise awareness of the beauty of God’s gift of life with the simple message on their shirts to remember the unborn.”

Having runners young and old and Bishop Paprocki run with him in Philadelphia was an “inspiration to me. They are a witness and gift to many,” Father Coffey said.

Mirenda hopes other area runners will join the Philadelphia chapter by visiting the LifeRunners.com website.