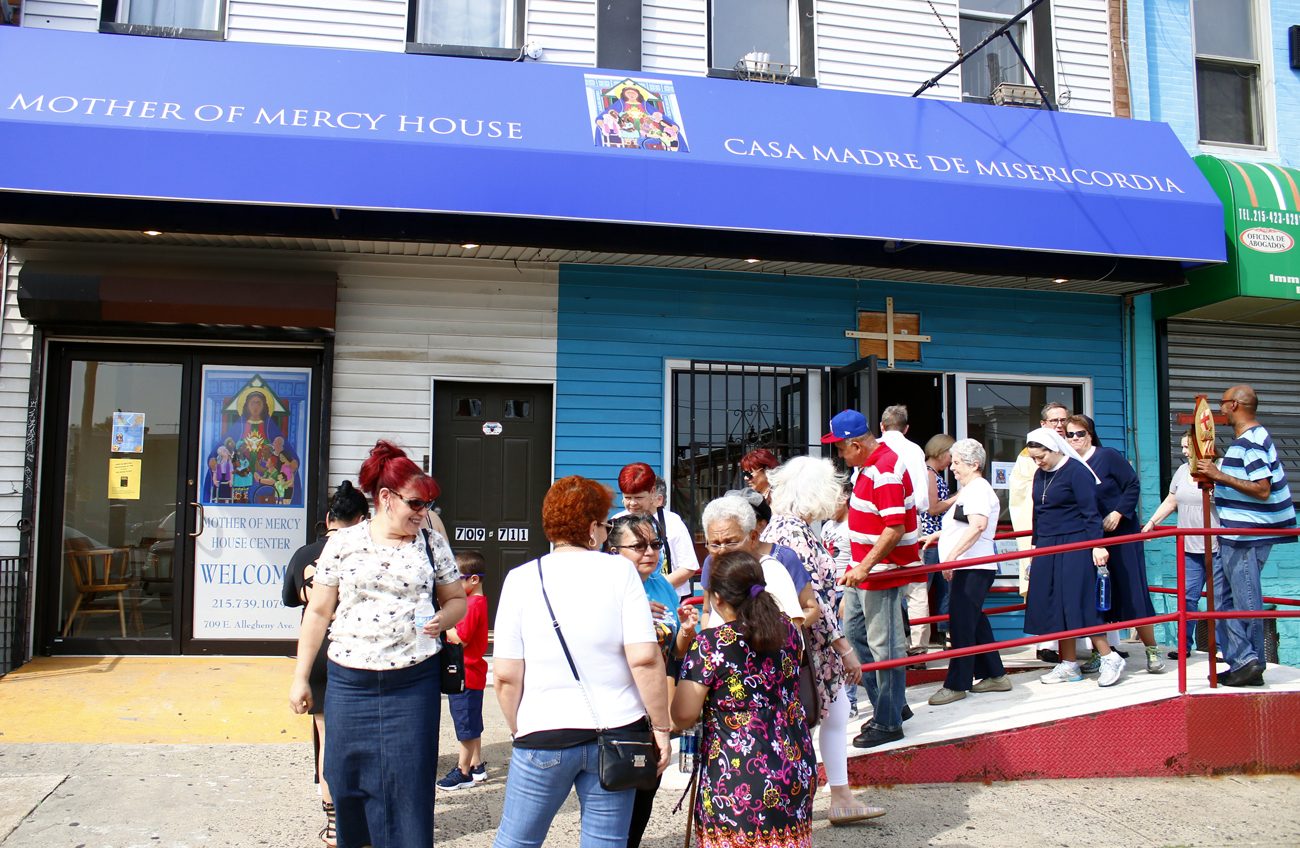 Friends of Mother of Mercy House, a Catholic outreach center in Kensington, prepare for a procession to McPherson Square Park in the neighborhood last spring, where they participated in an outdoor Mass at the park known for its visitors' drug usage.

Two local charities are being especially singled out for notice on this Giving Tuesday. The relatively new observance aims to encourage consumers to give to charity after their Black Friday, Small Business Saturday and Cyber Monday shopping sprees following Thanksgiving Day.

One charity, highlighted by the Catholic Charities Appeal, is St. Edmond’s Home for Children in Rosemont founded over a century ago in West Philadelphia by Archbishop Edmond Prendergast.

It was originally founded to serve children with physical disabilities, a pressing need in an era when what was then called infantile paralysis was rampant and remained so until the advent of the polio vaccine. St. Edmond’s has now expanded to include children with mental disabilities.

The other charity, highlighted by the Catholic Foundation of Greater Philadelphia (CFGP), is Mother of Mercy House.

The urban Catholic outreach center is virtually brand new although it is already at its second location in Philadelphia’s troubled Kensington section.

With the encouragement and blessing of Archbishop Charles Chaput, Mother of Mercy House was founded in 2015 by archdiocesan priests Father William Murphy and Father Joseph Devlin, who both left pastoral positions at thriving parishes, and assisted by Sister Ann Raymond, I.H.M.

Their team works among the poorest of the poor who tend not to be victims of physical or mental handicaps, but beaten down by harsh circumstances often magnified by the soul-numbing influences of alcohol or illicit drugs.

Angelo Valletta, the new president and CEO of CFGP who spoke nationally on Relevant Radio on the morning of Giving Tuesday, Nov. 28, told listeners of the national Catholic radio network about the role of Mother of Mercy House and how it supplies daily Mass, food aid, school supplies and even volunteer medical services to the many addicted people who come to their door.

Valletta spoke of one man, “Angel,” a drug dealer, who Father Murphy would often see. He would nod and Angel would nod in return. One day Angel approached him, in tears. He said he didn’t want the life of selling drugs and doing drugs any longer. Father Murphy offered to drive him to a detox center where he could get help. Angel said, “Maybe another day.”

The very next day Angel returned, and Father Murphy drove him to the detox center. He also dug into his pocket and handed him a rosary. Angel didn’t know what it was. “Pray and Jesus Christ will help you,” Father Murphy advised.

About a month later Angel returned to Mother of Mercy House.

“You gave me a rosary, I have something for you,” he said, handing Father Murphy a ring with the Lord’s Prayer inscribed on it.

“I have one I’m giving to my son too,” Angel said. “I am getting out of this neighborhood to be a better father.”

That’s the kind of interaction that makes the charitable work of CFGP worthwhile.

What is the difference between the venerable Catholic Charities Appeal and CFGP? The CCA is annual appeal instituted by Archbishop John O’Hara in 1958 to assist the charitable institutions and programs of the Archdiocese of Philadelphia, and it continues to do so to this day.

For many years the appeal was managed by the archdiocesan Office for Stewardship and Development, as did other fundraising and capital programs of the various institutions of the archdiocese.

In 2013 that office was closed and its function replaced by a new independent organization, the CFGP. Although it mostly serves Catholic institutions and schools of the Philadelphia Archdiocese it is entirely independent of it.

Archbishop Chaput is a Board of Trustees member as is Msgr. Francis Beach, the last executive director of the Office for Stewardship and Development. The only other member of the clergy on the board is Father Nicholas Rashford, S.J., the president emeritus of St. Joseph’s University.

The board chairman is Richard Clark, a retired chairman and CEO of Merck and Co. The other board members are equally well qualified lay women and men from the secular world. 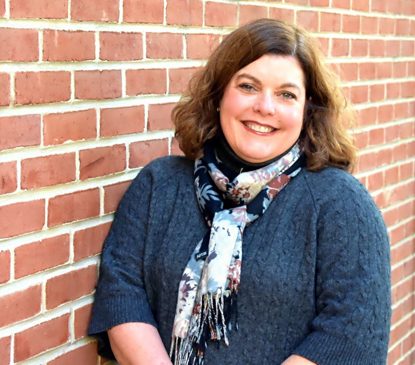 At this point the major fundraising work of CFGP has been for the annual Catholic Charities Appeal and the St. Charles Borromeo Seminary Appeal, which between them account of most of the more than $20 million raised annually and $70 million raised since its inception, according to Executive Director Sarah Hanley, who also worked at the former archdiocesan development office.

Hanley said she was “extremely honored and humbled” by her recent appointment as the foundation’s new executive director. For the past four and a half years she had led all the foundation’s fundraising projects including that of the CCA and the seminary.

“This new role will give me the opportunity to work even more closely with parishes, schools and Catholic organizations to help further their missions,” Hanley said, adding that along with Valletta, she looks forward “to helping to grow the church in Philadelphia.”

In addition to the two main appeals, CFGP has worked to raise funds for at least 25 parishes, half a dozen schools, the Augustinian Defender of the Rights of the Poor, the Central Association of the Miraculous Medal, the National Catholic Bioethics Center, Nutritional Development Services, the Cathedral Basilica of SS. Peter and Paul, the Penn/Drexel Newman Center and in partnership with Beneficial Bank, the Providence Center in North Philadelphia.

One venture outside the Philadelphia Archdiocese was the Father Capodanno Chapel in Que Che, Vietnam, which honors the memory of Father Vincent Capodanno, who was killed in that area while giving the sacrament of the anointing of the sick to wounded Marines during the Vietnam War.

A notable parish effort was raising gifts and pledges of more than $1 million for the restoration of the tower at St. John the Baptist Church, Manayunk’s most recognizable landmark.

“The success makes our parish stronger, not only because we were able to pay for the critical restoration without incurring debt but because it gave our community courage – courage to face our many challenges together,” wrote Msgr. Kevin Lawrence, pastor of St. John the Baptist Parish.

“You truly reflect a deep understanding of your motto, ‘At the Heart of Charity is Love,’” Msgr. Joseph Gentili, Our Lady of Guadalupe’s pastor, wrote to CFGP.

NEXT: Second car used by the pope in Phila. goes up for auction