It takes more than one ‘Our Father’ to ask for God’s help, pope says 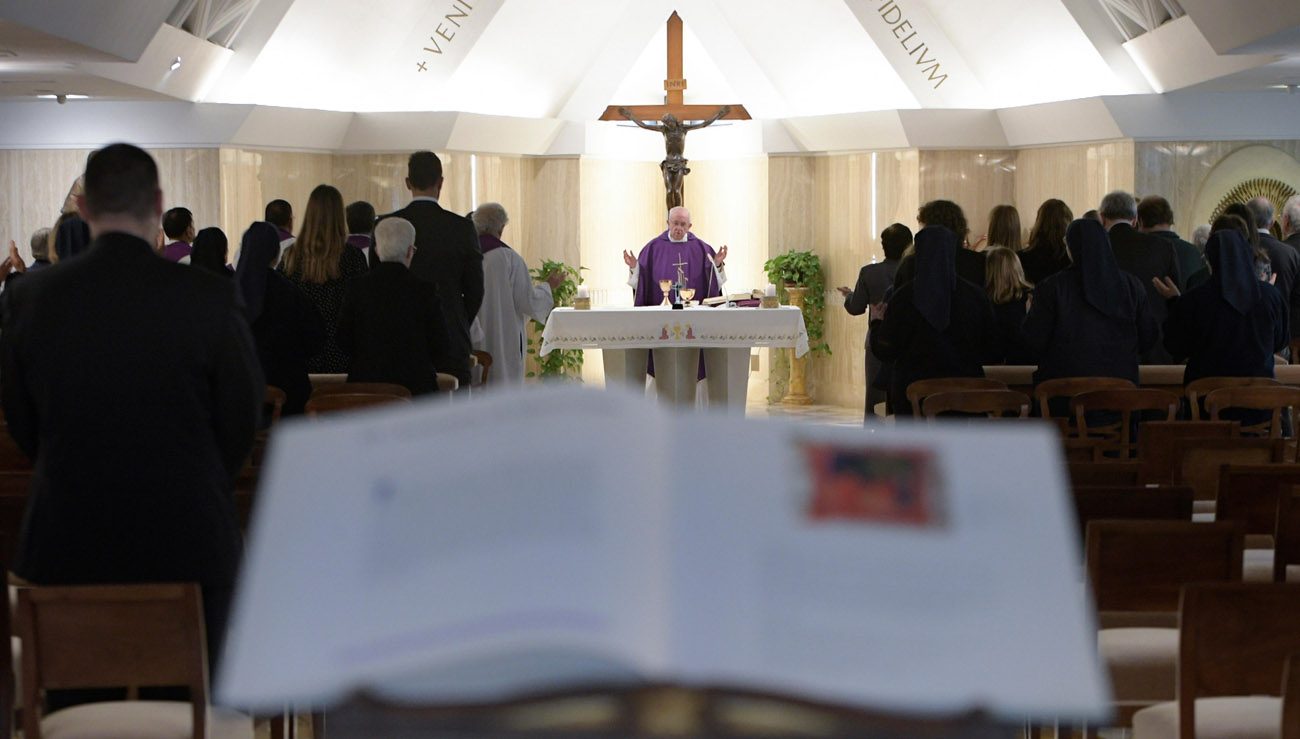 Pope Francis celebrates morning Mass in the chapel of the Domus Sanctae Marthae at the Vatican March 15. In his homily, the pope said it takes more than one Hail Mary to ask for God's help. (CNS photo/Vatican Media)

“If I want the Lord to listen to what I am asking him, I have to go, and go and go — knock on the door and knock on God’s heart,” the pope said in his homily March 15 at morning Mass in the Domus Sanctae Marthae.

“We cannot promise someone we will pray for him or her and then say an ‘Our Father’ and a ‘Hail Mary’ and then leave it at that. No. If you say you’ll pray for another, you have to take this path. And you need patience,” he said.

Pope Francis’ homily focused on the day’s reading from the Book of Exodus (32:7-14), in which God tells Moses how angry he is that his people have created a golden calf to worship as their god. God threatens to unleash his wrath on them and promises Moses, “Then I will make of you a great nation.”

Pope Francis said Moses does not take the bait or get involved in “games of bribery.” Moses sticks by his people and does not “sell his conscience” for his own gain, the pope said.

Moses had the courage to speak “face-to-face” and truthfully to the Lord, he said, and successfully implored God to relent and not punish his people.

“For prayers of intercession, you need two things: courage, that is, ‘parrhesia,’ and patience,” he said.

People’s hearts must be truly invested in the thing or person they are praying for; otherwise not even courage and patience will be enough to keep going, he added.

People should ask God for the grace to pray frankly and freely to God, as sons and daughters would talk to their father, knowing that “my father will listen to me,” Pope Francis said.

NEXT: In dying to ourselves and serving others, we share in redemption