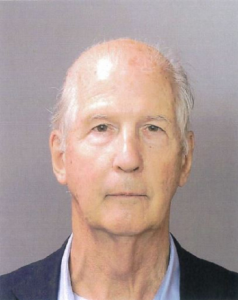 A former priest of the Archdiocese of Philadelphia has been arrested for allegedly sexually abusing a minor in the early 2000s at St. Michael the Archangel Parish, Levittown.

Francis X. Trauger, 74, had been removed from ministry in 2003 then laicized, or removed from the priestly state, in 2005 following allegations of sexual abuse of minors.

A new allegation against Trauger from the early 2000s when he was parochial vicar at St. Michael’s was the basis for his arrest on Tuesday, Sept. 3 in Bucks County on charges of indecent assault and corruption of minors.

He remains free on bail awaiting a Sept. 10 court hearing.

Trauger, currently a resident of Brooklyn, N.Y., was named in the 2005 Philadelphia grand jury report on sexual abuse of minors by Catholic priests. He appears on the archdiocese’s website listing priests with credible allegations against them. The site was developed in 2005 and continues to be updated over time as priests on it are laicized or die.

Ordained in 1972, Trauger had nine parish assignments and two leaves of absence during his 31 years of ministry before he was suspended in 2003. The longest assignment was as parochial vicar at St. Michael’s from 1993 to 2003.

A Sept. 3 statement from the Philadelphia Archdiocese said an allegation of sexual abuse against Trauger was received in August 2018 and immediately forwarded to Bucks County law enforcement.

According to court documents, Trauger is alleged to have sexually assaulted two boys at St. Michael’s in the mid-1990s and early 2000s.

The Bucks County District Attorney’s Office believes more minors may have been assaulted by Trauger and it encourages any other victims to come forward.

The archdiocese recognizes that news of Trauger’s arrest is “painful to victims of sexual violence and exploitation,” said spokesman Ken Gavin in a statement.

Anyone wishing to report an allegation of sexual abuse or any other criminal activity perpetrated by a priest, deacon, employee, or volunteer of the Archdiocese of Philadelphia is encouraged to contact a local law enforcement agency and/or the archdiocesan Office for Investigations at 1-888-930-9010.

To report a violation of The Standards of Ministerial Behavior and Boundaries, contact the archdiocesan Office for Investigations at 1-888-930-9010.

On its website www.AOPPledgetoProtect.com, the archdiocese details its ongoing efforts over the past 15 years to provide safe environments for the children and young people entrusted to its care and to assist survivors of sexual abuse on their path to healing.