UPDATED — Negotiations between the Archdiocese of Philadelphia and the union representing Catholic high school teachers continued this week ahead of a possible strike vote on Tuesday.

While the contract with the Association of Catholic Teachers Local 1776 expired Aug. 31, talks with representatives of the archdiocesan Office for Catholic Education were progressing.

A statement issued by the office and interviews with administrators and The Catholic Standard & Times revealed that lack of an agreement at this time was due not to disagreement on salaries, benefits or working conditions, but on how to provide Catholic secondary education for the 21st century.

The Archdiocese believes the teachers’ association is resisting “the continuing transformation of schools” through initiatives proposed for a new contract, according to archdiocesan superintendent Mary Rochford. 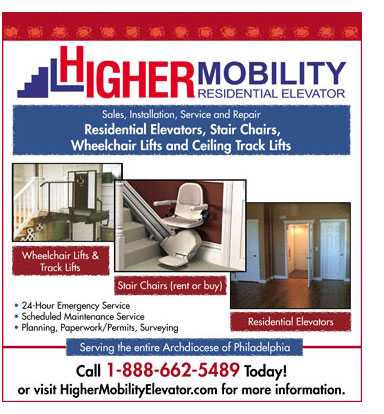 Such changes in how education is delivered to students requires much greater flexibility from teachers than the expired contract called for, according to Rochford. They are the main hurdle, because of resistance from the union, in the current negotiations, she added.

The changes were included in archdiocesan proposals when negotiations began in March. Subsequent communications were sent to the union in April and July, and three times in August.

“We’re very clear about what we want,” Rochford said.

“A majority of teachers embrace these initiatives and implement them in an exemplary way,” said Richard McCarron, secretary for Catholic Education.

The seven-member union negotiating group is “defending the past,” said the lead negotiator for the Archdiocese, Theresa Ryan-Szott, who is also director of secondary school personnel.

“They are defending the past and preventing our future movement,” Ryan-Szott said.

The Archdiocese wants to expand use of part-time teachers to teach some highly specialized course offerings such as robotics and Mandarin Chinese. While the plan might be construed as threatening to union membership, the officials denied that the employment status of the 711 full-time lay teachers at the Archdiocese’s 17 Catholic high schools would be affected.

Relations between the union and the Archdiocese have their roots in the late 1960s. The Archdiocese first recognized ACT in 1968 and has negotiated contracts with the union many times, while experiencing periodic strikes. The currently expired contract was ratified in 2008.

That agreement fails to address the realities of today’s society and the Catholic students who are moving into it, Rochford and Ryan-Szott said.

“We want an educational contract that is consistent with the 21st century,” Ryan-Szott said. “And what was in the contract 40 years ago doesn’t ring right with what education is today.”

“We can’t get (students) ready for industrial (employment),” Rochford added. “That’s not where it’s going.”

“It’s part of our mission to be preparing the next generation of Catholics who are educated and can make a difference, and who have the Gospel values along with the technology skills,” Ryan-Szott said.

Negotiations are expected to continue at least until Tuesday, Sept. 6, when teachers may vote at 10 a.m. either to ratify a new contract agreement or to go out on strike.

Such a strike would affect 16,502 archdiocesan high school students.

McCarron said he believes “that since these schools are the work of the Lord and that our teachers embrace the vocation of teaching in a Catholic school, that they will advance the mission and see that these contractual changes will position our Catholic schools for future success.”

NEXT: Memorials for 9-11 planned