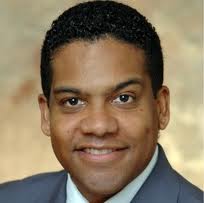 One of Damon Owens’ greatest satisfactions as he takes the helm as the Theology of the Body Institute’s first executive director is that he’s overseeing an organization that’s already a success. His role is to lead the seven-year-old Exton-based group through a time of growth.

“I’ve been in awe of what’s been accomplished so far, and I’m excited to see where my business experience takes us,” said Owens, a mechanical engineer by profession who, before entering the non-profit arena in 2002, used his expertise at such corporations as AT&T, Bell Labs and Lucent.

He moved from running big businesses to ministry-based work because he wanted to “do what I love most” by teaching the truths of the Catholic faith.

Since he made this career move, Owens has been involved full time in marriage and family ministry and was coordinator for natural family planning and marriage courses for the Archdiocese of Newark.

He led initiatives for various pro-life and pro-family organizations such as the New Jersey Catholic Bishops Conference, the Children First Foundation, and Life Education and Resource Network (L.E.A.R.N.), the largest African-American, pro-life ministry in the United States.

Serving as executive director of Children First Foundation, Owens launched the New Jersey Choose Life license plate project, aimed at raising $1 million per year for pregnancy assistance and adoption-promotion programs. He became certified as a speaker for the Theology of the Body Institute in 2005. He has counseled more than 20,000 couples over the last 16 years, and appears on Catholic television and radio.

Owens said both clergy and lay people have traveled from around the world to attend the weeklong retreat/courses the institute offers.

The core of the curriculum is based on papal teachings such as “Humanae Vitae,” issued in July 1968 by Pope Paul VI, which affirmed the Church’s position on married love, responsible parenthood and opposition to artificial birth control; “Letter to Families,” written by Pope John Paul II and issued during the Year of the Family, 1994; and “The Role of Families in the Modern World,” written by Pope John Paul II in 1981.

“The courses provide intellectual, rigorous academic teaching with prayer and reflections with world-class instructors,” Owens said. “About 70 percent of the teaching focuses on what a person’s identity, male or female, means. Morality flows from that identity.”

Teachings start with a theological approach by examining who God is and who He reveals Himself to be, which is as family, in the form of the Trinity: Father, Son and Holy Spirit, said Owens, who has been married to his wife Melanie for 18 years. The couple has eight children.

“The human family, made in the image and likeness of God, mirrors that relationship,” he said.

Before appointing Owens, the institute was run by a board of directors. David Savage, board chair, praised Owens’ long commitment to the movement and said he looks forward to the growth of the organization under Owens’ leadership.

“We are pleased to appoint such an outstanding Catholic leader to this position at the Theology of the Body Institute,” Savage said. “Damon has been committed to the work of the institute for many years, and his passion for our mission to educate and train men and women in the message of the Theology of the Body is matched by his experience in working to build a culture of life over the last 16 years.”

NEXT: School offers lessons students can bank on