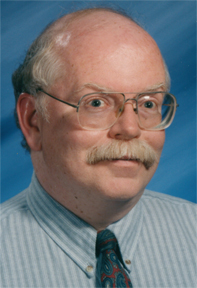 For 40 years Bill Brennan taught, inspired and encouraged the students at Our Mother of Consolation Parish School in Chestnut Hill.

As a young man one year out college, Brennan came to OMC in 1972 with a belief that Catholic schools were essential in the development of young people in the faith, and in becoming solid citizens.

“As I got older I continued to learn about the joy of teaching,” Brennan said. “I am taught as well as being a teacher, learning every day from the children I’ve taught.”

In June, at the age of 63, Brennan retired as the longest tenured teacher at OMC and among the longest in the Archdiocese. A social studies teacher in seventh and eighth grades, Brennan graduated from Cardinal Dougherty High School in 1967 and from La Salle University, with a degree in history-education, in 1971. Born in Philadelphia, he is single and lives in Olney.

“I felt 40 years was a good time (to retire),” Brennan said. “Our school went through a lot of turmoil (a possible merger with Holy Cross, Mt. Airy) and that made me think more about it. I felt a sense of accomplishment and completeness. It was time to move on.”

Since Brennan had the option to retire, the closings of schools in the Archdiocese gave him a new perspective. OMC survived but Brennan decided he was “ready.”

His new stage of life will be guided by a philosophy gained from two works of literature that he treasures – Henry David Thoreau’s Walden Pond, and Alfred Lord Tennyson’s poem “Ulysses.”

Walden Pond “reduces life to it lowest terms, not negatively, just what is real and what is not,” Brennan said, while Tennyson’s poem “addresses the future, getting older. What will you do with the rest of your life? Be authentic. Separate those things that are good and important from those that are not.”

Brennan intends to enjoy life-long interests in photography and travel, and he will also write poetry “for pleasure and enjoyment.”

On the final day in class Brennan invited his eighth-grade students to speak to their classmates. “I watched as students went to the front of the class and said goodbye to each other,” Brennan said. “They had beautiful things to say about one another, about the talents and the skills they had. I was the student there; I was truly amazed how they understood life.”

Brennan adds that students have changed since the 1970s and ‘80s. They are more aware of the world, including hard economic times and troubles in the Church. These experiences have made the students “more sensitive, more aware of what’s important,” Brennan said.

Also a teacher of science, language arts and religion, Brennan has emphasized the eight beatitudes, Jesus’ teaching from the Sermon on the Mount, in his classes. In social studies classes his students research the connection between the past and the present in order to understand today’s challenges.

OMC principal Bruce Hagy presented Brennan a special plaque. “It has beautiful calligraphy done by a woman whose children I taught years ago,” Brennan said.

Wrote Principal Hagy: “Mr. William Brennan has served the children of Our Mother of Consolation School for 40 years. There is no evidence — in the 150-year history of Our Mother of Consolation Parish School — that any other teacher has this record of distinguished, uninterrupted commitment to our school … He has maintained an unrelenting insistence that each pupil who sat before him use his or her abilities to the utmost, which has demonstrated his love and respect for each student.”

Brennan says he won’t be a stranger at OMC. “I leave with a sense of accomplishment and joy,” he said. “I regret the people I won’t see, but I will go back to help out from time to time.”

Those will be welcome times.

Jim Gauger is a freelance writer and a member of St. Luke the Evangelist Parish, Glenside.