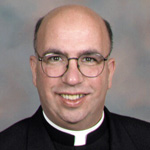 Father Andrew McCormick, a 56-year-old archdiocesan priest, was arrested late Thursday, July 26 and charged with seven counts related to the sexual assault of a then 10-year-old altar boy in Philadelphia in 1997.

The priest was arrested and charged with involuntary deviate sexual intercourse, statutory sexual assault, sexual assault, endangering the welfare of a child, corrupting the morals of a minor, indecent assault and indecent exposure.

Father McCormick had been placed on administrative leave since March 2011 in the wake of concerns raised through the second Philadelphia grand jury report into clergy sexual abuse of children, released the previous month. The allegation leading to his arrest was reported in December 2011 directly to Philadelphia police.

In a statement, the Archdiocese said it was unaware of the allegation.

District Attorney Seth Williams said at a press conference July 27 that the “boundary violations” that led the Archdiocese to suspend Father McCormick occurred in 2004.

Father McCormick has been pastor of Sacred Heart Parish in Swedesburg, Montgomery County since 2004. Years earlier he had served at St. John Cantius Parish in the Port Richmond section of Philadelphia. That is where the sexual assault is alleged to have occurred.

According to a lead investigator, Captain John Darby of the Philadelphia Police, and Williams, the victim was a student in the parish school and an altar boy. After Masses the priest would invite the boy to the rectory to share cookies. Later in time he was invited upstairs to the priest’s living area. Eventually in late fall or early December of 1997, “sexual contacts began with this little boy,” Darby said.

The victim finally brought the allegation forward last December. Williams said that although some family members of the now 25-year-old man wanted to report it to Church authorities, other relatives persuaded the man to report it to police investigators.

“I applaud the courage of this man,” Williams said. “He was able to do what, sadly, so many other victims of sexual abuse have not been able to do: come forward and tell police.”

The DA’s Special Victims Unit investigated the claim and interviewed potential victims and witnesses, culminating in Father McCormick’s arrest at his parents’ home near Pottstown.

He had been leaving with them while on administrative leave, a capacity in which he could not exercise his public minister, celebrate the sacraments or present himself publicly as a priest.

At the press conference Williams said recent intense media coverage of the Penn State and clergy sexual abuse scandals brought the “nightmare” of the assault back for the victim.

Williams hoped that such coverage would encourage more victims to come forward to get help dealing with their experience.

“Too many victims, if they don’t get help, end up perpetrating the same crimes,” he said.

According to the Archdiocese, Father McCormick had the following parish assignments since his ordination in 1982:

Williams indicated the investigation into Father McCormick’s case and that of other priests placed on administrative leave are ongoing.

Even after two waves of announcements this year by Archbishop Charles Chaput concerning other suspended priests on May 4 and July 6, 12 still remain on administrative leave and some of their cases are being investigated by the DA’s office.

The February 2011 grand jury report identified 37 priests. In addition to the 21 announced in March of last year, three priests were placed on administrative leave after the report was released.

Five others, according to an archdiocesan statement at the time, “would have been subject to administrative leave. However, one who was already on leave and two who are incapacitated have not been in active ministry. Two others no longer serve in the Archdiocese of Philadelphia…. The remaining eight priests will not be subject to administrative leave. The initial independent examination of these cases found no further investigation is warranted.”

With Father McCormick’s case, Williams said it is still open because the priest had taken a number of boys from St. John Cantius Parish on trips to Poland, and those interviewed are incomplete. The group of boys did not include the individual making the allegation for which Father McCormick was arrested.

NEXT: They came by faith: Black Catholic Congress draws 2,800