At 100, she goes up and away for her birthday 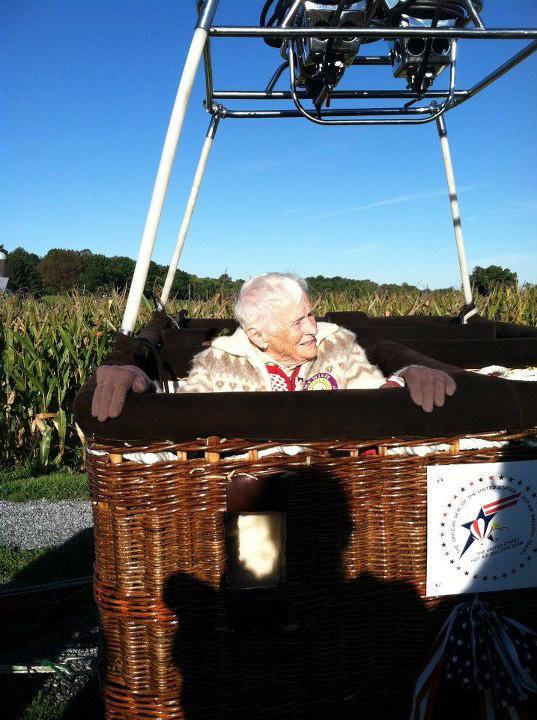 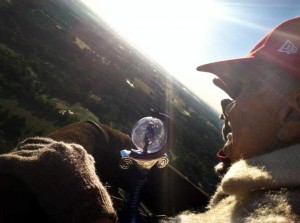 So there you are coming up on your 100th birthday, and someone asks, “What is the one thing you want most for your birthday?”

There happens to be a very good local organization, the Twilight Wish Foundation, that tries to grant such wishes to senior citizens within reason. A few months ago they were visiting St. Martha Manor, the archdiocesan nursing home in Downingtown. When Cass Forkin, the founder of Twilight Wish, asked Miriam Krause what she would want, the answer was immediate and emphatic, “A ride in a hot air balloon.”

Forkin was taken aback. “Why?” she asked. Miriam explained that when she was young in Michigan she lived on a farm, and they would allow hot air balloons from a local airport to land in their fields. It really looked like fun. But she never got to ride in one herself.

Miriam’s birthday was coming up on Sept. 10, and Twilight Wish went to work, and found a company that could supply a balloon that day flying from the Pottstown Airport. It was a bit tricky, because at 100, Miriam’s ordinary means of locomotion is a wheelchair.

Not a problem. A huge balloon was found that could hold a dozen people and include Miriam’s wheelchair.

Another hitch arose when the winds became a bit too strong on Sept. 10, so the ride was put off until the next day.

Meanwhile, on Miriam’s actual birthday, Dave Fournier, St. Martha’s activities director, arranged for a gala birthday party attended by Miriam’s friends and family as well as five other centenarians in the nursing home. The motif was hot air balloons, which were fashioned into very nice facsimiles from Japanese lanterns.

The next morning at 6:30 a.m., with Miriam wearing her beloved Phillies cap, and carrying her wheelchair, family and staffers from St. Martha as well as Forkin, the balloon arose into the sunlight.

“It was the biggest balloon I ever saw, and I couldn’t believe what was written on it, ‘To God Be All the Glory,’” Forkin said.

“Wonderful, wonderful,” Miriam kept repeating during the hour-long flight. “The trees all look like parsley,” she exclaimed.

For Miriam it was a great day.

“We’ve been doing this for nine years,” said Forkin, whose uncle, the late Tom Forkin, was a beloved assistant superintendent of schools for the Archdiocese. “Right now we are up to 1,748 wishes granted.”

NEXT: Knights of Columbus organize voter registration drives in parishes