‘Biking for Vocations’ takes call to priesthood on the road 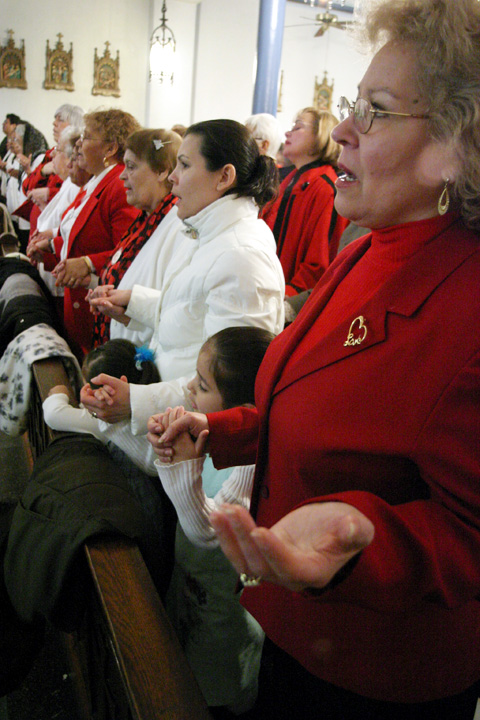 The Congregation of the Mission, also known as the Vincentians, intends to sell Our Lady of the Miraculous Medal Chapel and other properties in order to support the retired priests and brothers of the order in Spain, where it is headquartered in Barcelona.

Best known in the Hispanic community as La Milagrosa, the chapel is associated with the Cathedral Basilica of SS. Peter and Paul and located just blocks from the cathedral at 1903 Spring Garden St. in Philadelphia.

In a statement released Sept. 28, the Archdiocese said it does not own the property and does not have the funds to purchase it from the Vincentians.

The intended sale of La Milagrosa was announced Sunday, Sept. 23 at the chapel. Representatives from the Cathedral Basilica and the Office for Hispanic Catholics will meet with members of the community “to determine what plan of action will best fit their pastoral needs moving forward,” the statement said.

Masses will continue at La Milagrosa as scheduled since there is no time frame for the sale of the building.

The chapel was founded in 1912 to serve Hispanic Catholics in Philadelphia. Graduates of its formation programs have become leaders in the more than three dozen parishes serving the Hispanic community in the Archdiocese of Philadelphia. La Milagrosa is not connected to the Miraculous Medal Shrine, which is located in the Germantown section of Philadelphia. The shrine too is operated by the Vincentian order.

“The Cathedral welcomes the La Milagrosa community with open arms and is prepared to hold a Spanish-language Mass each week,” the statement said.