Once a thriving Kensington parish, Ascension to close Oct. 1 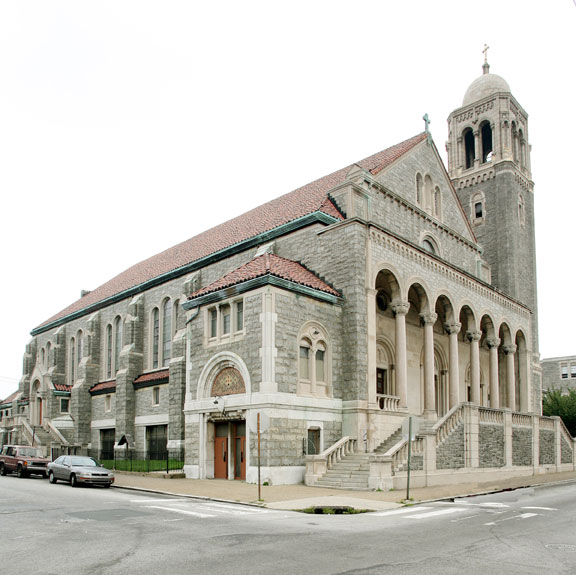 The Archdiocese of Philadelphia announced Sept. 25 that Archbishop Charles Chaput has approved the recommendation of the Archdiocesan Strategic Planning Committee the closing of Ascension of Our Lord Parish in the Kensington section of the city.

The parish, once among the largest in the Archdiocese, has experienced a dwindling population, with only seven infant baptisms, two marriages and average weekly Mass attendance of 188. The figures are less than half of what they were just four years ago.

Holy Innocents and Visitation will divide responsibility for the debts and assets of the former parish as well as maintain its spiritual records.

Due to serious issues of physical deterioration, the church itself has been closed for safety reasons for quite some time, and Masses have been celebrated in the rectory or the former school.

Estimated costs for necessary repairs of the church approach $3 million, which the parish does not have, so it will not be maintained as a worship site.

Ascension of Our Lord Parish was founded in 1899, and the cathedral-like 1,300-seat church was completed in 1924. A parish school opened in 1900 with 460 students taught by the Sisters of St. Joseph, led by Mother Ignatius. Enrollment peaked in 1963 with approximately 1,800 students, but was under 200 when it closed two years ago.

There were many bright spots in the parish’s long history, not the least of them the day that the great Babe Ruth played for the parish semi-pro baseball team. That was Sept. 4, 1923, when the Yankees were in town to play the Athletics.

Father William Casey prevailed upon the Babe to come and play on the team at a fundraiser that day against a team from Lit Brothers Department Store. Ascension lost, but Ruth hit what normally would have been a long home run but only counted as a ground rule double because of the short fence.

For all of its more than a century existence Ascension was a working class parish, which saw many of its children grow to achieve some success and move on.

The parish and school took rightful pride in its alumni, perhaps none more so than in John McVeigh, who like many of his classmates was drafted in World War II. In August 1944, somewhere in France he lost his life, but in doing so saved his squad, for which he was posthumously awarded the Congressional Medal of Honor.

The life blood of the parish was the thriving industry in the neighborhood, mostly textile mills, but they are long gone.

The parishioners generally knew this day was coming, “but they didn’t realize it would happen so quickly,” said parish secretary Joe McNamara, a member of Ascension his whole life and a 1978 school graduate. “It was a good parish and a good school.”

Although the formal announcement was made Sept. 25, parishioners were told in advance at last weekend’s Masses.

This most recent closure is part of the ongoing archdiocesan strategic planning, which involves all 257 parishes within the Archdiocese to gauge their viability and assess whether they possess the resources to accomplish their role in the mission of the Church and remain sustainable and vibrant faith communities.

Additional parish announcements are expected in the spring of 2013 and 2014.