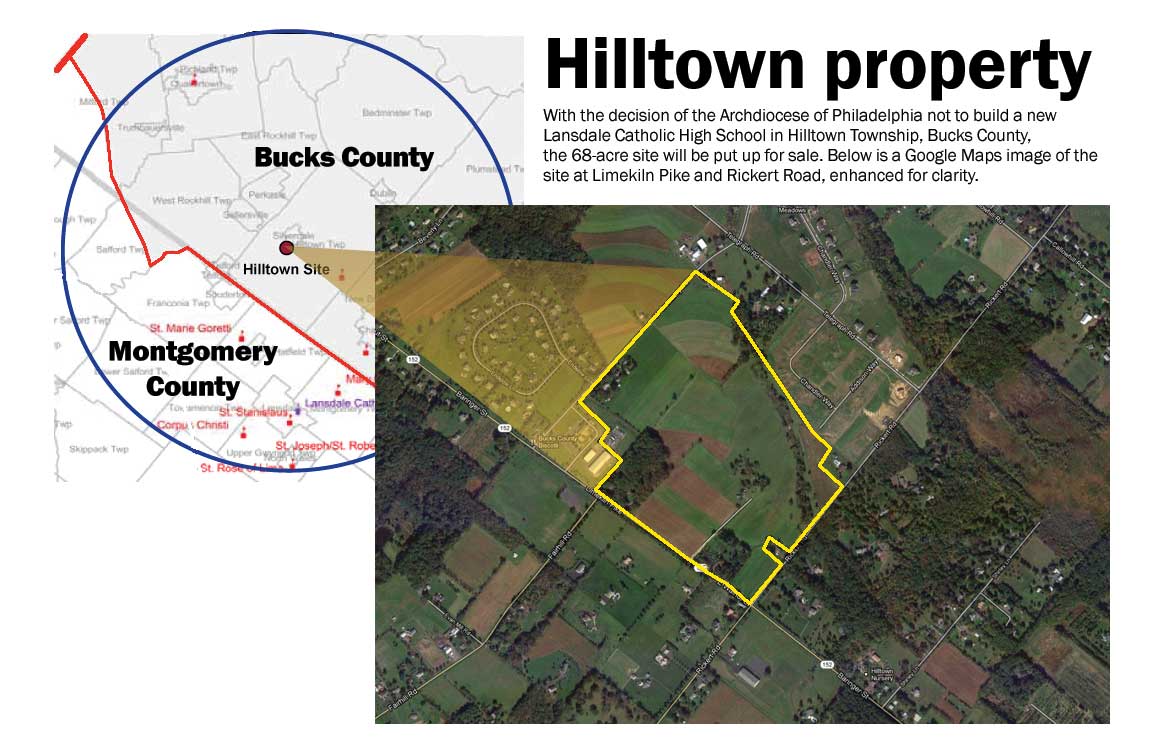 The Archdiocese of Philadelphia and the Office for Catholic Education have decided not to move forward with the construction of a new school for Lansdale Catholic High School in Hilltown Township, Bucks County, the Archdiocese said in an Oct. 23 statement. Parents were notified the previous day.

The new school, to be renamed Lansdale Catholic Regional High School, would have been on a 68-acre tract seven miles from the current school which was purchased by the Archdiocese mostly in 2001.

The plan for the new 1,200 student school was originally announced in 2007, with groundbreaking projected for 2010 and occupancy in September of this year.

“The financial challenges facing the Archdiocese have been clearly communicated in recent months. As a part of an effort to improve our financial situation several real estate holdings have been sold or marketed for sale,” said Auxiliary Bishop Michael J. Fitzgerald, who oversees the Office for Catholic Education. “Although the high school will not be built, we are confident that Lansdale Catholic is well-poised to continue providing a high quality Catholic education far into the future at its current location.”

Enrollment, which is currently 765 students, has been fairly steady over recent years, according to school president James W. Casey.

“I’m grateful for the resolution of this and we look forward to being a vibrant part of the community for the next 60 years,” said Casey, who has been president since 2008 and development director for almost two decades before that.

Considering the economic times, “we have done very well,” he said. “Now that a decision has been made, I’m hopeful alumni who were hesitant to donate can now come forward to support our needs into the future.”

As it is, Lansdale Catholic has not been standing still. Among recent improvements are an upgraded technology infrastructure to provide wireless access throughout the school; a renovated Resource Center for iPad, iPhone and Netbook use; a refurbished floor and new bleachers in the gymnasium; sound and stage lighting upgrades in the auditorium; new student lockers on two floors, refurbished weight rooms and athletic locker rooms, a repaved parking lot and a new LED outdoor sign.

NEXT: Story of newest saint, Marianne Cope, has Philadelphia angle