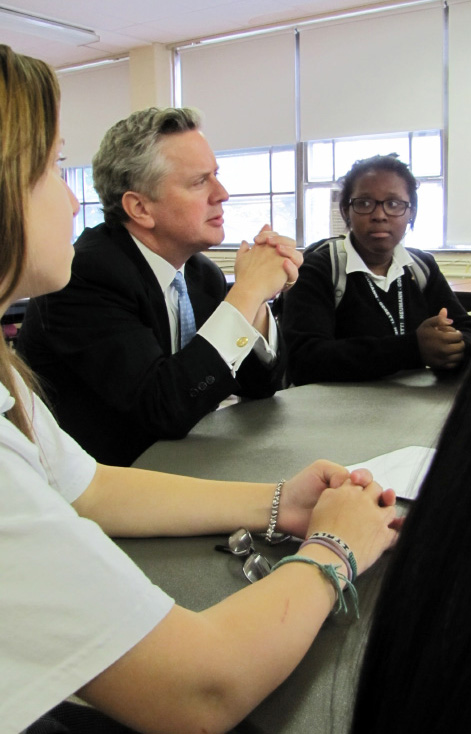 Faith in the Future Foundation, the group that assumed operational control of the 17 high schools and four schools of special education owned by the Archdiocese of Philadelphia, announced it has hired a new chief executive officer Oct. 8.

Samuel Casey Carter, 46, becomes the first CEO of the foundation that was formed early this year to raise funds for the archdiocesan Catholic school system, and which took over control of school management Aug. 21.

Carter brings experience as a leader, writer and expert primarily in non-public education. He has owned an education consulting firm that provided strategic consulting to private and charter school operators including the Cristo Rey network, the Jesuit initiative that this fall opened a school in Philadelphia.

He has written books and essays on education reform and led National Heritage Academies, a charter school management company that operates more than 75 schools in nine states.

In a statement, Carter placed his new role in the context not only of the Philadelphia Archdiocese’s school contraction – dozens of Catholic elementary schools closed and four Catholic high schools nearly closed early this year – but also of Catholic education throughout the country.

“This isn’t simply a chance to transform the nation’s oldest and largest Catholic school system but rather a chance to reinvigorate Catholic education in the United States,” said Casey Carter, CEO of Faith in the Future. “Since the year 2000, nearly 2,000 Catholic schools have closed all across the country and it is time for that trend to stop. I have worked in – and studied the best practices of some of the very best schools in the world – and now it is time, beginning here in the city of Philadelphia, to bring those practices to the service of Catholic schools.

“I have chosen to come to the Foundation, and to this great Catholic school system in particular, because of the bold thinking and action that established it. I am confident that this can be the vanguard for what other dioceses can do to grow Catholic schools again and ensure that they remain a critical educational option within our communities.”

Edward Hanway, chairman of the Faith in the Future Foundation, called Carter “exactly the type of chief executive officer I envisioned for Faith in the Future. Smart, strategic, experienced and passionate, Casey brings a fresh perspective, a desire to innovate and an abiding commitment to further elevating our already outstanding educational outcomes.” 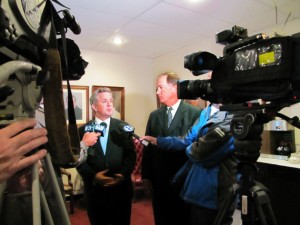 A graduate of St. John’s College in Annapolis, Md., Carter has also studied theology at Oxford University and philosophy at The Catholic University of America.

He has relocated from Washington, D.C., with his wife and three school-aged daughters.

The statement said Carter plans to meet with officials of the archdiocesan Office for Catholic Education and the presidents and principals of the foundation’s 21 schools. He also intends to visit each of the 17 high schools and four schools of special education before the end of November.

NEXT: Knights of Columbus to honor pro-life leaders